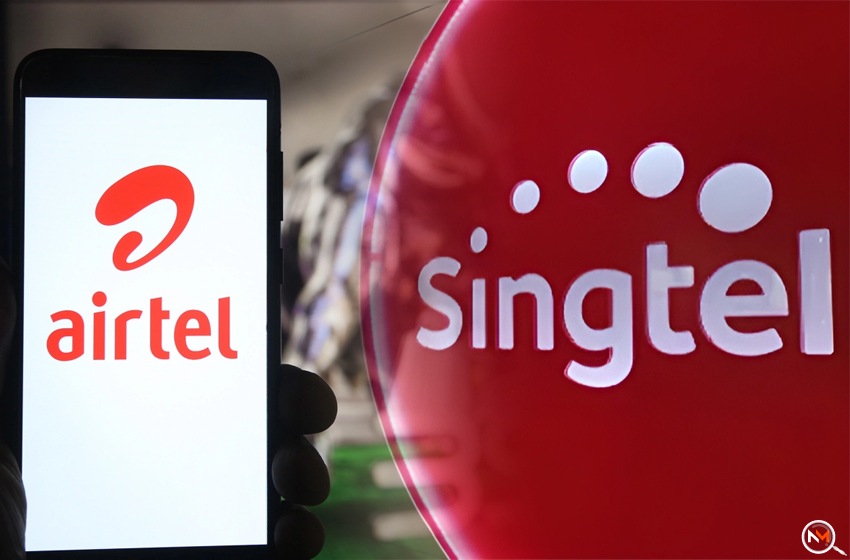 Singtel Group, a telecommunications company based in Singapore, decided to trim a  major stake in Bharti Airtel (NSE: BHARTIARTL). As Singtel trims Airtel stake worth about ₹12,900 crore, one can still see the Bharti Airtel share price going up in today’s trading session. Let us know the reason for such a sell-off.

The Singapore Telecommunications Limited recently announced that it would sell Airtel shares worth crores of rupees, which would account for about 198 million shares. Before the actual sale of the stake, Singtel held an effective share of 31.4% in the Indian telecom company. After the sale, the stake is set to lower to 29.7%.

The company mentioned that the decision to sell Airtel shares was taken to finance its 5G operations. Moreover, it was a move to aid the organisation’s capital recycling strategies and initiatives for capital management. In addition, Singtel is wanting to optimise its investment portfolio.

The Singaporean telecom company mentioned that this stake would be sold to Bharti Telecom Limited, which is a joint venture with Bharti Enterprises Limited. The Airtel stake is set to be sold and transferred before November 23, 2022.

"As long-term strategic investors and partners, the value of our stakes in our regional associates has risen substantially over the years but has not been properly reflected in our share price. This sale in Airtel will be our first ever and seeks to address this gap by illuminating the sizable value of our holdings in Airtel. It is also part of our capital management approach to take monetisation opportunities that allow us to increase our return on invested capital and enhance total shareholder returns. With this transaction, we will raise over S$2 billion which will help to fully meet the Group’s needs for 5G and growth initiatives in the next few years, and put us in a strong position to grow our dividends in a sustainable way in line with our dividend policy.”

“Bharti Enterprises and Singtel have had two decades of an exceptional partnership based on mutual respect and trust. Over these years, Airtel has acquired a strong pan-India leadership position and also expanded to 16 countries in Africa and South Asia. After this inter-se transaction, Bharti Telecom will remain the principal vehicle to hold controlling shares in Airtel. Bharti Enterprises and Singtel have agreed to work towards equalising their effective stake in Airtel over time. Bharti Enterprises looks forward to working with Singtel over the long term in taking Airtel to an even greater position of success.”

Airtel 5G Network Services In India To Launch This Month