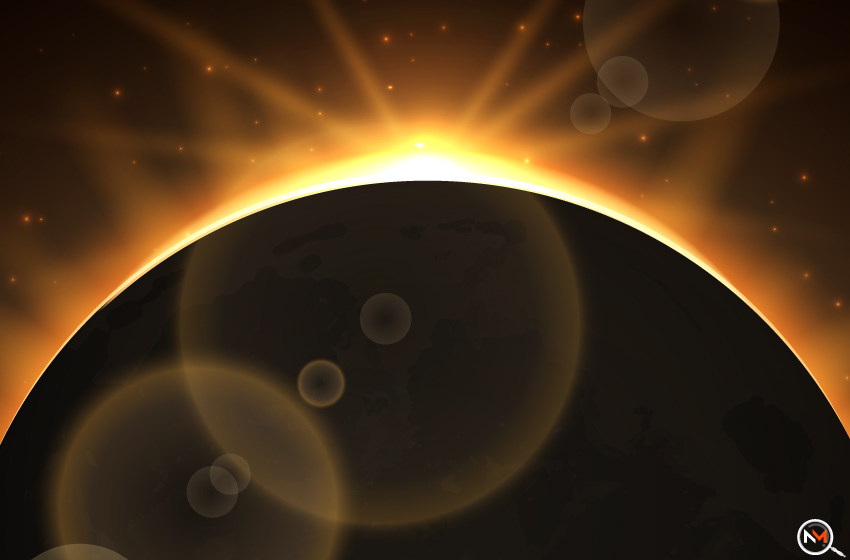 A solar eclipse is an incredible natural phenomenon. It helps you to discover beautiful nature at its finest. People literally wait for the event to occur. The first thing that comes to mind when discussing solar eclipses is when and how to watch. However, there are some tips that you need to follow to have safe watching although the solar eclipse today is a thing worth seeing.

In this article, we will definitely discuss the safety points of watching a solar eclipse. But first, we will discuss the upcoming solar events around the world so that you can plan a trip and make some savings.

Upcoming Solar Eclipse Events You Are About To Experience 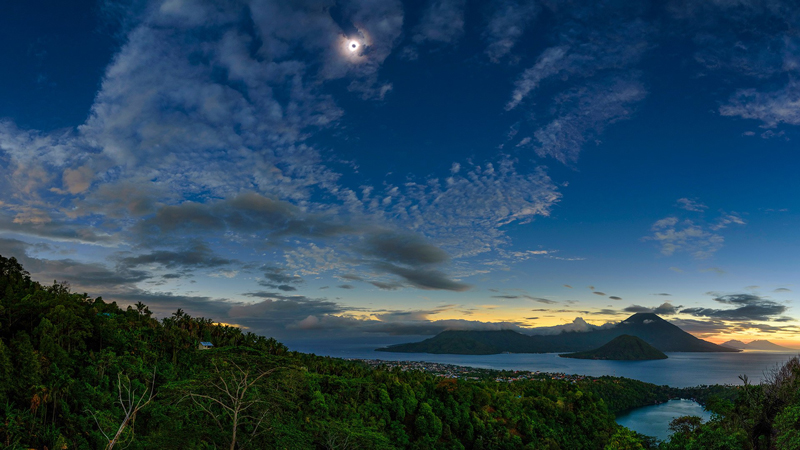 East Timor and Indonesia are about to experience a hybrid solar eclipse on the 20th of April, 2023. This time, the solar eclipse would be a combination of annular and total solar eclipses. If you have been looking forward to the answer about when solar eclipse occur, especially the annular ones, here is your answer. Annular eclipses refer to the event where at the end of the solar eclipse’s path, the moon is located farther from the Earth in its orbit. Thus, the moon could not completely block out the sun.

In 2023’s solar event, the path of this hybrid eclipse will occur in East Timor, which is the eastern island of Indonesia and the surrounding seas. In the bid to catch this hybrid eclipse, you will have to be there at the right time. The eclipse is stated to be lasting for a total of 1 minute and 16 seconds. 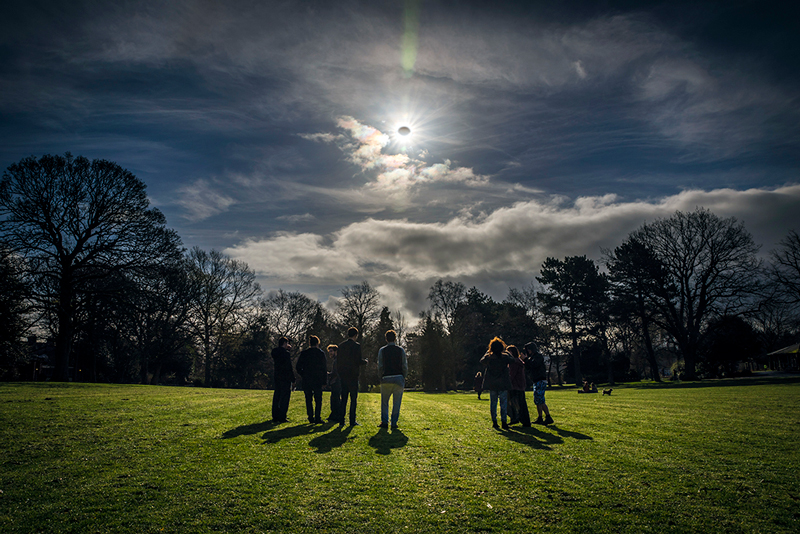 Following the Indonesian Solar event, the solar eclipse would occur in the Americas. As the information rolls out, the path of this eclipse will begin at Mazatlán in Mexico and then cross several American states before it lands in eastern Canada. To be clear from the very beginning, you might have difficulty seeing this particular solar event owing to cloudiness. Since the solar event is expected to last for around 4 and a half minutes, you might have a glimpse if cloudiness persists.

The next magnificent solar eclipse that you can spot is on the 2nd of August 2027. The solar event is expected to start in the Atlantic Ocean and then travel south towards Morocco and Southern Spain. Then it will make its way through the Northern American countries such as Algeria, Egypt, Libya, and Tunisia. Following this, the eclipse will travel to the Arabian Peninsula before reaching the Indian Ocean. Of all the places, the eclipse will be longest visible for 6 minutes and 22 seconds. 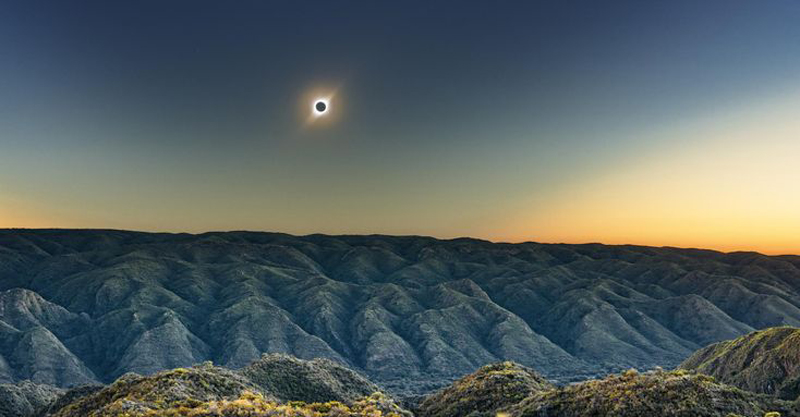 Finally, yet importantly, the next solar eclipse to be spotted is over the Australasian continent on the 22nd of July, 2028. The eclipse will begin over the Indian Ocean and then cross over the Christmas Island and Cocos (Keeling) Islands. Then, it will reach its strongest point, Northern Australia. The city dwellers will have good luck viewing this event as the eclipse will pass straight over Sydney. It will last for around 3 and a half minutes in Sydney. Following this, the eclipse will then proceed across Southern New Zealand before stopping above the Pacific Ocean. 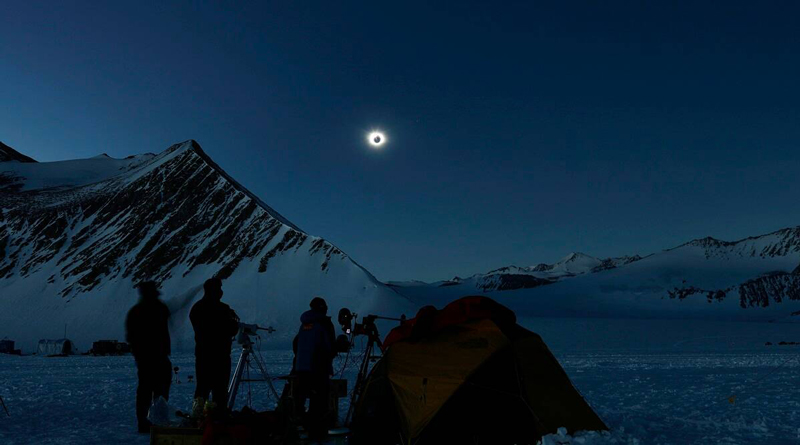 The last splendid solar eclipse was a total solar eclipse that took place on the 4th of December, 2021 in Antarctica. In this solar event, the moon has passed between the Sun and the Earth. This partially or completely concealed the image of the Sun for the viewers. This specific eclipse was a bit unusual as the total eclipse’s path moved from east to west across Western Antarctica. Most of the eclipse paths moved from east to west across West Antarctica. The path of the solar eclipse had crossed near Berkner island and traversed an arc over the Antarctic continent and then passed over Shepard Island. The eclipse lasted for 1 minute and 54 seconds starting from 7:34 am.

However, the last solar eclipse 2022 occurred back on October 25th, which was a partial eclipse. It was visible from Europe, the Urals, and Western Siberia, Central Asia, Western Asia, South Asia, and the northeast of Africa. At the maximum point in Russia, around 82% of the Sun was completely eclipsed by the Moon.

How To Safely View A Solar Eclipse

Solar eclipses are not safe to view with the naked eye even if you are excited knowing about the solar eclipse today. Thus, you must take proper precautions before viewing a solar eclipse. Following is some of the dos and don’ts that NASA has outlined while viewing an eclipse:

A solar eclipse is often mesmerising and people wait for it to happen. The 2021 solar eclipse in Antarctica has already been a great event. This is followed by some of the most interesting solar events across the globe in an upcoming couple of years. Most of them have been discussed in the article. We have also added a small definition of the annular eclipse as you might have been asking for when solar eclipse occur. Additionally, we know that safety measures are important for you when you want to view the eclipses whether you travel or not. Thus, we have made sure to include them as well. We hope you will find all of these useful.

10 Types Of Tourism Experiences That Are Surely A Bliss

Space Technology: Know Challenges And Growth Opportunities In The Sector