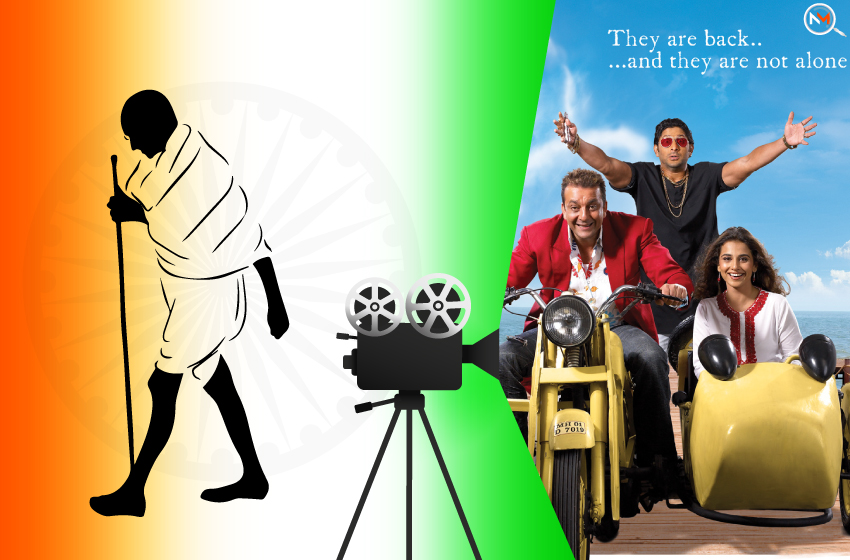 Gandhi Jayanti is observed on October 2 every year in India to celebrate the birthday of the Father of India, Mahatma Gandhi (Mohandas Karamchand Gandhi). He had made significant efforts in driving British colonisers away from our country, therefore, a tribute to him was essential, wasn’t it? People over the country have various ways to celebrate this occasion, especially, in schools, there are specific programs dedicated to the same. However, if you are someone who loves movies, we have the perfect way for you to celebrate Gandhi Ji’s birthday, that is, by watching films that have been devoted to him.

We have curated the best movies to watch on Gandhi Jayanti, which are surely worth your time. The basic details along with in-depth information have been provided for better guidance. [Bonus: If you are an OTT user then we have one of the greatest movies about Gandhi on Netflix on our list.] 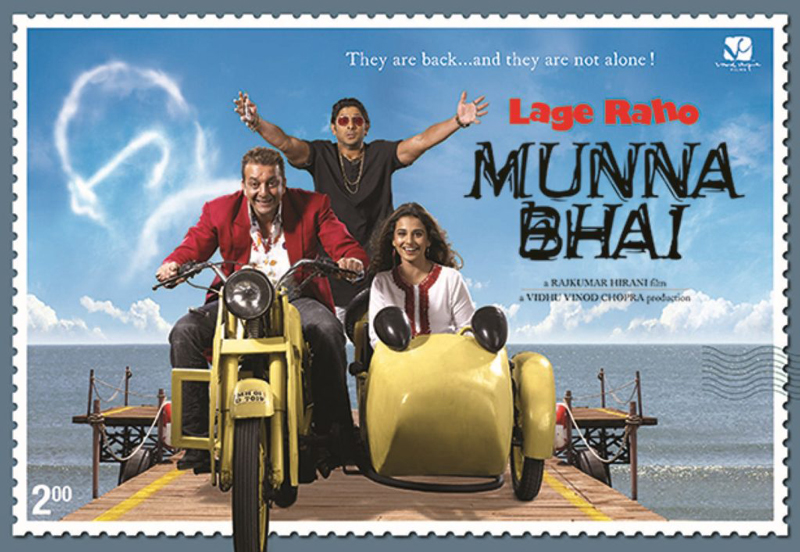 Lage Raho Munna Bhai is a 2006 Indian film that was the sequel to the 2003 movie Munna Bhai M.B.B.S both of which had Sanjay Dutt in the lead role. Apart from him, it was only Arshad Warsi who reprised his role as Circuit in the second part. While wishing Happy Gandhi Jayanti you can also refer this movie to friends due to the following reasons.

The first film also had several mentions of Gandhi Ji as the main character Murliprasad Sharma (Munna Bhai) kept reminding everyone of ‘Bapu’ and his teachings. However, the sequel focused on Munna actually meeting Gandhi Ji in a spiritual manner, which is quite notable. The instance was the initial focus of the story as the film’s title was earlier decided to be “Munna Bhai Meets Mahatma Gandhi ” which later changed. You can surely translate some of the Gandhi Jayanti quotes in English noted in the movie and share them on social media for a better reach as not everyone might understand Hindi.

The movie has a run time of 145 minutes and was directed by Rajkumar Hirani. The dialogues were also written by Hirani along with Abhijat Joshi. Moreover, the story was worked on by Hirani and Vidhu Vinod Chopra. Its lifetime box office collection is estimated to be ₹126 crore.

The film primarily focused on the ‘Gandhigiri’ efforts that Munna Bhai made after his ‘meet’ with the Father of the nation. The main cast includes: 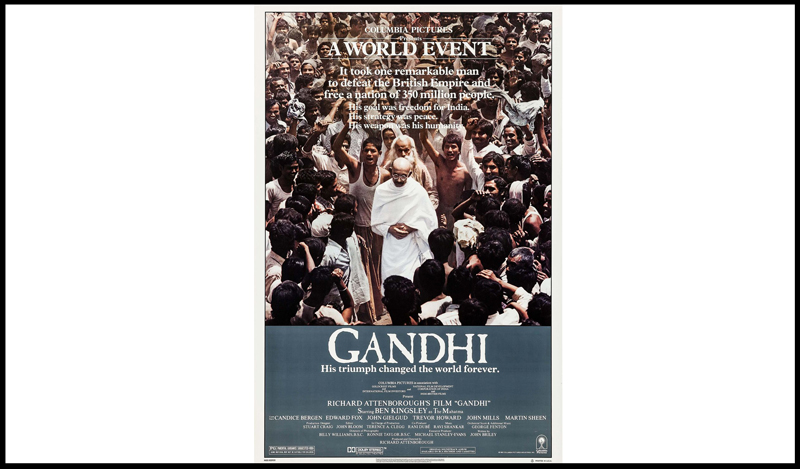 Gandhi is a 1982 biographical film that has been based on Mahatma Gandhi’s life and his efforts in the Indian Independence movement. The plot summary by IMDB states that it represents “The life of the lawyer who became the famed leader of the Indian revolts against British rule through his philosophy of nonviolent protest.” It is one of the Mahatma Gandhi movies that has vividly explained his battle for Indian Independence.

The movie has a runtime of 191 minutes and made a collection of $191 million. The most prominent fact that we would like to highlight is that it is a Hollywood film and was directed by Richard Attenborough. This can be considered ironic but was a great move by him to acknowledge Gandhi Ji’s efforts. It is one of the movies about Gandhi on Netflix you can easily watch.

Notable historical events like the Quit India Movement, Ahimsa (Non-violence), and even the Dandi March (Salt March) had been filmed. The sequence of events and the screenplay are just perfect. In addition, the real struggle to get freedom from colonisation of British rule had been depicted well as the Salt tax protests along with other such efforts were integrated into the storyline.

The cast included the following actors: 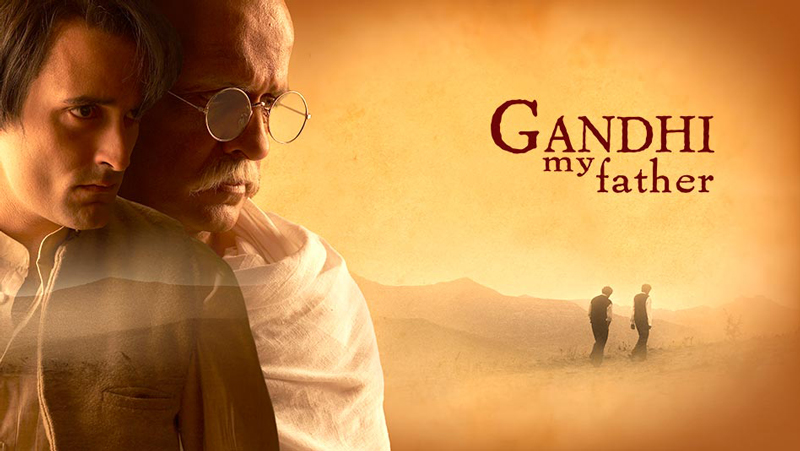 Gandhi, My Father is an Indian film that was released in 1997. It focused on the personal life of Gandhi Ji and his relationship with his son Harilal Gandhi instead of his efforts toward Indian Independence. It revolved around the relations he had with his son that was really complex, but he was indeed close to him. The depiction was made in an optimum manner and showed how his deeds for the nation affected the father-son duo and the way they sorted it out later.

The runtime of the movie is 136 minutes, and the lifetime collection is approximately ₹7.49 cr making it a flop as the budget was nearly ₹8 cr. However, it is worth watching due to its different approach to the life of Mahatma Gandhi and you should definitely give it a watch on this Gandhi Jayanti. The cast members are: 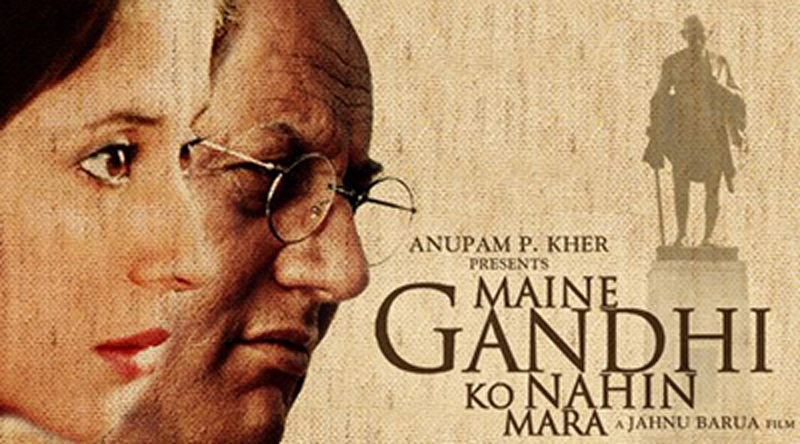 Maine Gandhi Ko Nahin Mara is an Indian drama film that was released in 2005 starring Anupam Kher in the lead role. The movie was directed by Jahnu Barua while it was produced by Anupam Kher himself under the label of Yash Raj films. The movie is a different take that is related to Gandhi Ji. Here, it revolves around Uttam Chaudhary who is a Hindi professor. He later is diagnosed with dementia. It is one of the Mahatma Gandhi movies that has an eccentric storyline, which is something new.

There is an incident where somebody carelessly places an ashtray over Gandhi’s photo, which triggers the issues in Uttam’s mind. A series of events led him into believing that he killed the father of our nation while playing with a toy gun. The movie later focuses on how the event went to court. After this, he was convinced that a toy gun cannot kill anybody as the court rules this statement. The movie’s cast members are:

5. The Making of the Mahatma 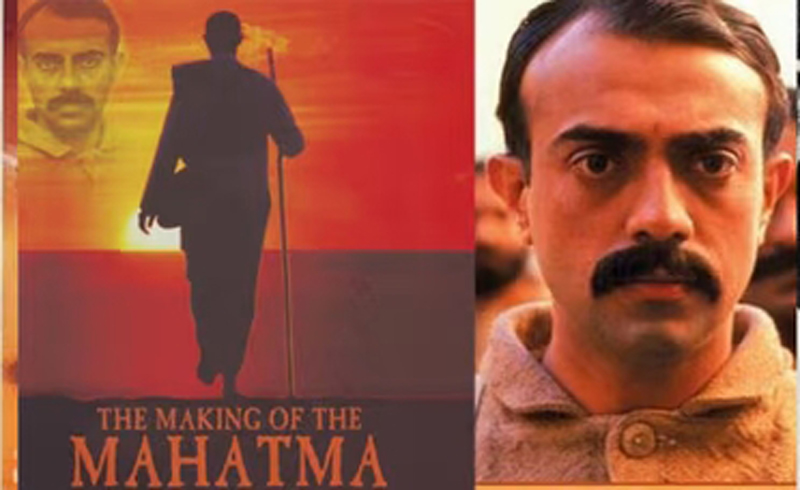 The Making of the Mahatma is a film produced in South Africa in 1996, this shows how his efforts had been recognised on a global scale. The early life of Gandhi Ji and how his hardships convinced him to take action against British rule in India had been highlighted. In addition, his younger years had been concentrated on the most. The movie is based on a book by Fatima Meer that was titled The Apprenticeship of a Mahatma.

This movie has been filmed in the English language and has a runtime of 144 minutes and can be a great watch on this Gandhi Jayanti as it talks about the lesser-known aspect of his life. The main cast includes:

Happy Gandhi Jayanti! We hope that the movies we listed were interesting enough for you to watch them. Moreover, don’t forget to commemorate the efforts of the Father of our nation while you watch them. Also, do make a note of new things you learn about Gandhi Ji and the history of India as this knowledge is important for any citizen in the country. Do refer some of these movies to the young ones around you by which they can learn about Gandhi Ji’s doings for the country and can appreciate them. Also, do share some valuable Gandhi Jayanti quotes in English and Hindi with them so that it’s easier for them to understand.