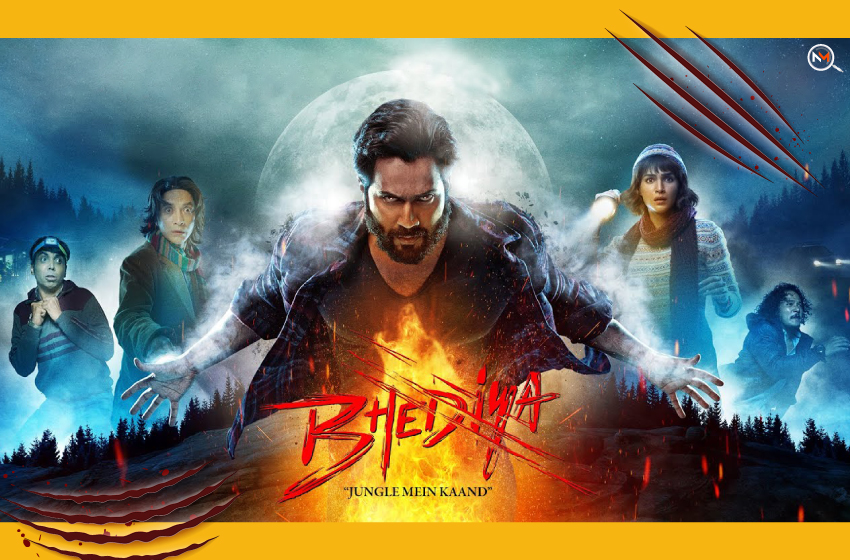 The Bhediya movie starring Varun Dhawan is just out in the theatres and what a horrific plot it has. Though the plot is not that terrifying, the elements are just enough to give you chills if you have a fragile heart. But the film has also integrated the comedy elements pretty well. The story is one that both horror and comedy lovers would like. Every Varun Dhawan and Kriti Sanon fan was waiting for the Bhediya movie release date to inch closer, and here it is, out in the cinemas now.

Have a look at the ‘terrifyingly funny’ Bhediya movie trailer right away!

The Bhediya movie story revolves around Bhaskar Chopra (played by Varun Dhawan) who turns into a wolf (Bhediya) after getting bitten by a wolf. The movie is kind of based on an age-old belief that a person who is bitten by a wolf at night would turn into one in almost no time. The Bhediya IMDb page notes the plot summary as:

“Set in the forests of Arunachal, Bhediya is a story of Bhaskar, a man who gets bitten by a wolf, and begins to transform into the creature. As Bhaskar and his buddies try to find answers, a bunch of twists, turns, and laughs ensue.”

The movie has been produced by Dinesh Vijan under the production companies Maddock Films and Jio Studios. It is a part of the horror comedy franchise that Vijan is known for after producing films like Roohi and Stree. The traditional concept of wolves seeing the moon and reacting differently is also used to make the film look more appealing.

Varun Dhawan aced his role as Bhaskar as one would actually be scared if he looks right into his eyes while he holds one of the characters by their neck. Kriti Sanon was all worried for him and her timid nature was depicted at first while her appearance in songs was completely different. However, one of the scenes shows that a snake is sitting on the chest of Varun and is about to bite him. The scene takes a little longer to reveal what exactly happened and the curiosity factor remains.

The Bhediya release date might have been postponed due to some reasons since it was ready by July 10, 2021. However, now that it is out there for you to gaze at, there should be no reason to complain.

The Bhediya movie cast members are:

The music of Bhediya had been composed by the Sachin-Jigar duo. The songs in the music album of this film are:

If you plan to watch the Bhediya movie in theatres, then do let us know about your experience in the comment section below.

Shamshera Movie Review: Think Before You Go To The Theatre