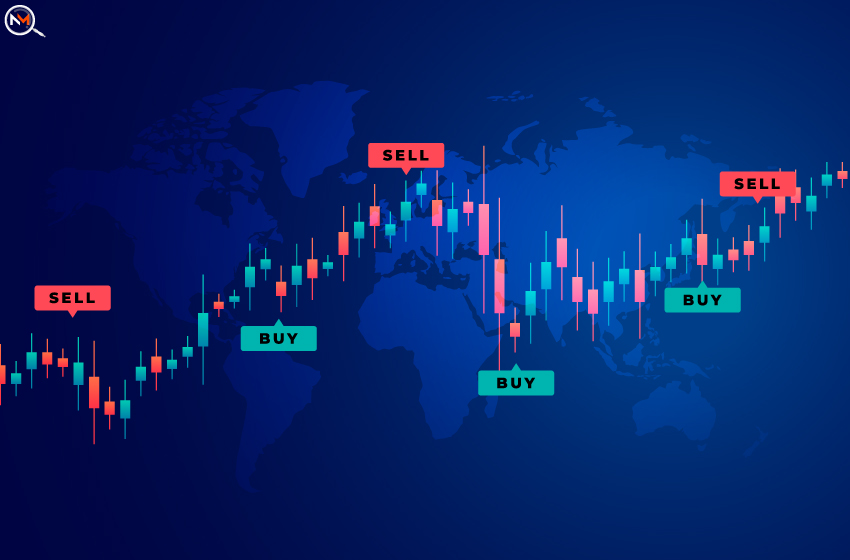 The word ‘forex’ (FX) has been derived from the combination of foreign currency and exchange. Foreign exchange refers to the conversion of one currency into the other for a host of reasons. It can be done by forex trading and is known to be profitable in the long run. However, this act can be both risky and complicated at the same time. It is due to the fact that trade flows in the system and it is difficult for a single trader to have an impact on the price of the currency. Since the whole process can be tricky and convoluted, we thought to bring you an explanation to understand the same.

The foreign exchange market is the one where several currencies are available for trading. For anyone in the world, currencies are vital since they enable one to purchase goods or services both domestically and across borders. The exchange of global currencies is important in order to carry out foreign trade and business operations. We will now explain how the scenario of forex trading works.

If someone lives in the United States and wants to buy a dress from France then they themselves or the company they have been making the purchase from needs to pay for it in Euros (EUR). This implies that the importer in the U.S. needs to exchange the U.S. Dollar to acquire EUR of the value that the dress is for. This is a simple example of foreign exchange concerning the USD/EUR pair.

The forex market is not a centralised one and does not have a central marketplace for the trade to take place. The currency trading is carried out on an electronic basis over-the-counter (OTC). This signifies that all such transactions occur through the computer among traders from all over the world. The market is open 24 hours a day as every country’s time zone is different and if one single zone is given the priority it won’t be fair to others.

In the past, banking institutions used to take care of the forex trade activities that people carried out. However, now it has become a retail-oriented domain wherein everyone undertakes their own investment activities and a lot more participants have entered the domain in recent years. Forex trading in India has been made easy due to several factors which include the popularity of forex trading app options in the country. These apps for forex trading enable one to make investments in the foreign currency exchange market with a few simple steps.

Foreign exchange is not as simple as it looks. Since there is no single marketplace designated for the same, people need to use forex trading apps that have come out in recent times. Moreover, since there is no physical venue for the market there is a string of connections that is executed to carry out a single transaction. Once the order is placed through a forex trading app then the connections between trading terminals and computer networks come into play to complete the transaction.

The forex market is considered to be the opaquest financial market as it lacks even basic transparency. Since currencies are being traded in OTC markets, people don’t really have to make any disclosures about their trade or the stake they hold. Institutional and investment firms are known to hold a large pool of stake in the currencies, which is one of the prominent features of the market.

Moreover, traditionally it was thought that the country’s economic conditions would be the most important deciding factor in determining the price of a currency. However, a survey that was conducted in 2019 stated that the price of a currency is majorly impacted by the motive of such institutional investors. It implies that though the market is not volatile enough, even the smallest change can be induced by firms that are known to hold a larger stake.

Forex trading can be one of the best opportunities for those who do not want to make riskier and fluctuating investments. However, people should also remember that one single investor does not have much power to influence the market while those who are holding a significant amount of stake can literally alter how the market looks in a couple of days or months.

There are three prominent venues through which forex trading operations are carried out. They are spot, futures markets, and forwards markets. The largest of all three mentioned here is the spot market. These have been discussed below.

Why Is The Forex Market Useful?

Forex trading can be beneficial in many ways but the two prominent ones have been discussed here:

Is Forex Trading Legal In India?

Well, ‘is forex trading legal in India’ is a question that new traders would like to know about. Therefore, we picked the question to discuss the concept in brief. So the answer is that it is legal in the country. Anyone in India can trade in different currency pairs using forex trading apps that are available in the market. However, if the query ‘is every app for forex trading legal in India’ is considered, then the answer changes. Not every app for forex trading in India is legal. There are a host of legit apps that should be researched on and used since the wrong unregulated or unlicensed platforms might lead you into trouble.

How To Trade In Forex?

Trading forex is quite similar to equity trading though the rules and implications for both vary a little. To get yourself started with trading in forex, here are some steps that you must follow.

The various strategies that can be used for trading forex have been noted here.

Forex trading can be one of the trickiest undertakings to understand as the market does not work according to what a single trader wants. A number of factors affect the trading price of currency pairs that include influence from institutional and investment firms along with economic parameters like inflation. However, with proper knowledge of the domain, one can surely ace the race and earn desired profits. Therefore, we encourage you to research more on the topic to grasp the concept better before making your first trade.

USD Vs INR: Why Indian Rupee Is Falling Against Dollar?

Intraday Trading In Indian Stocks: How To Start The Process?