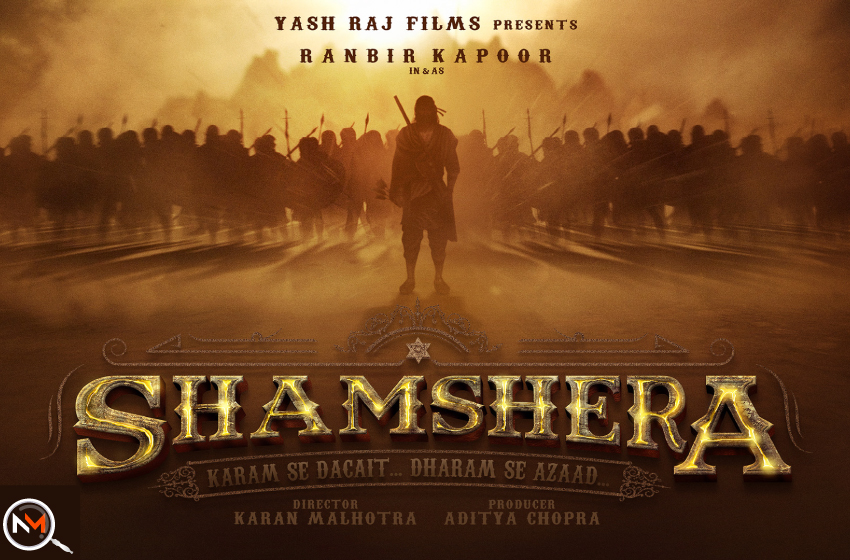 Shamshera, the 2022 Indian movie starring Ranbir Kapoor, was released on  Friday, July 22, 2022. Though the movie was thought of with a good mindset, it wasn’t executed that well. The elements in the movie might exhaust the audience completely even before half the run time is completed. Ranbir Kapoor tried to pull the poorly written script, however, even his acting skills could not save the end product. Apart from appreciating his efforts, there is nothing that the critics have praised in the movie. We have provided a detailed ‘Shamshera Movie Review’ so that you understand the plot and direction better and decide whether you should book its theatre tickets or maintain a distance.

Another excruciating fact is that talented actors such as  Ronit Bose Roy, Iravati Harshe, and Saurabh Shukla, who played supporting roles in the movie didn’t have much to offer. Further, Vaani Kapoor’s character, Sona, who is a dancer and has a pivotal role in the movie did not have enough emotional touch to it. Directed by Karan Johar, the film also had an immense amount of action and drama that could have surely been avoided. To make matters worse there were little to no light-hearted scenes that could have been easily incorporated. However, despite so many negatives in the film’s direction and production, the Shamshera box office collection managed to have a decent opening day collection of INR 10.15 crore.

The movie is set in the late 1800s in India which focuses on the British Colonial government and its administration policies that were developed to exploit the nation. Here, another important highlight was the oppression of tribals and the poor by the upper caste people and how they tried to escape the clutches of this power-hungry community. Ranbir Kapoor plays a tribal leader, Shamshera, who had been forced to leave his native ‘soil’ by these high-caste and rich people. He then goes on to acquire their wealth illegally.

This is when an Indian officer working for the British forces, Shudh Singh played by Sanjay Dutt, betrays the tribal leader and subsequently enslaves him along with his entire tribe. Thereafter, the leader is killed as he attempts to set the tribe free from the British and high-caste people’s bounds. The movie then takes a leap of 25 years when the dead leader’s son, Balli, is all grown up and is shown as a carbon copy of his father. He then is determined to avenge his father’s death and succeeds in his mission after a series of events and action-dominated sequences.

The visuals, in the beginning, are led by VFX visuals which grab one’s attention right into the late 1800 Indian setup. There is a quick hover around the tribe’s condition and the causes of their wrath in a comic-book representation (the only light-hearted component one can find). However, the VFX components were not designed properly as the attention to detail was completely missing. Therefore, even the one element that could have elevated the movie’s standards could not fare well.

The movie was much awaited after the initial Shamshera release date was pushed due to the Covid-19 pandemic. However, it definitely couldn’t keep up with the audience’s expectations. This is due to the fact that when the story dives into Shamshera’s story, the pace of the movie slows down. It is persistent enough with a host of action dramas, battles between different castes, and the tribe’s unfulfilled revenge.

All these aforementioned elements strain the viewers’ minds and eyes at large. This is because so many intense scenes with almost no development in the storyline are what the audience would never be interested in. With a run time of 159 minutes and no significant surprise elements, the movie gets boring just after a few minutes into it.

Also, a unique point that our ‘Shamshera movie review’ highlights is the plot’s similarity with the Bahubali movie series is what makes it even less appealing as the audience has already seen the father suffer and the son (a lookalike) is successful in taking revenge. In addition, the repetitive Bollywood elements like betrayal, murder, intense drama, and unnecessary action, wipe away the intriguing factor entirely. When there is nothing new to offer, why would one even decide to watch it?

In line with several other Bollywood movies, Shamshera also has a male-dominated screenplay wherein the only two prominent females have almost nothing to add to the story except for some sequences where one of them acts as a helping hand to the ‘hero’, however, even then she did not have her own identity in the film. We are talking about Vaani Kapoor’s character Sona here who helps Balli in attaining his revenge. In addition, the character Shamshera’s wife played by Iravati Harshe could even have been skipped and still wouldn’t have affected the movie at all.

With all these atrocious components presented, it is estimated that not many people would be interested in watching it and spending their hard-earned money on such a failed ‘masterpiece’. Not even one Shamshera movie review rating by critics exceeds the score of 3.5 out of 5. Anna M. M. Vetticad, an Indian film critic and journalist working at Firstpost, gave a rating of 3.5 out of 5 stars. Appreciating Ranbir Kapoor’s performance she said:

"Ranbir is gorgeous in every imaginable way in Shamshera in terms of his acting, sex appeal, dancing, litheness in the action scenes and magnetic personality".

Another critic, Sukanya Verma, who works at Rediff gave an unsatisfactory rating of 2 out of 5 stars saying:

"Shamshera's problem is a shocking inability to support its bombastic ideas with gripping drama. The result is the wastage of not one but two Ranbir Kapoors".

These ratings and comments rightly indicate that though the critics had a problem with the poor execution of the film, they did recognize Ranbir’s efforts in trying to pull it off. Had they written and directed it better, the movie would have done wonders. The worst rating for the film was by Taran Adarsh from Bollywood Hungama who scored it 1.5 out of 5 stating: “With an outdated script and predictable plot SHAMSHERA falters big time”. In contrast, the Shamshera IMDb rating was pinned at 7.2 out of 10, which is fairly decent.

Here, is the official teaser released by Yash Raj Films for Shamshera is provided below to give you an insight into the torturous movie.

The main star cast of Shamshera has been listed below.

The Shamshera movie review provided above highlights everything that is wrong with it. Obviously, the negatives surely outnumber the positives (which were really hard to find). Moreover, the box office collection of the movie is estimated to fail since the Shamshera budget was a huge INR 150 crores and the decent but relatively low first-day collection of INR 10 crores suggests that the forthcoming collections are set to get narrower. However, if you are someone who loves Ranbir Kapoor and his movies no matter how it is directed or written, you can surely give it a try as all that would then matter to you would be the dual roles performed by him.

Minions The Rise Of GRU Review: Worth Your Valuable Time?