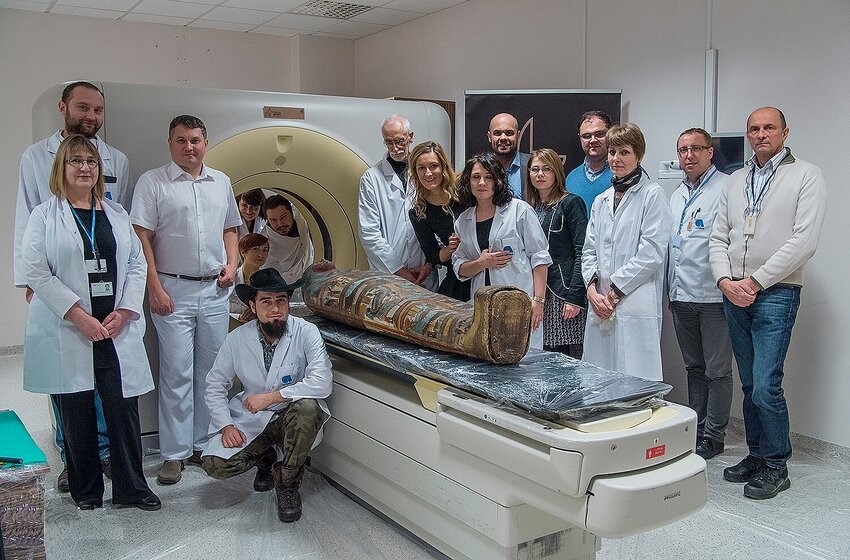 There is some breathtaking news in the archeological world. Recently researchers examining an ancient mummy discovered that it was a pregnant mummy and was not a male priest as believed previously. They were affirmed after conducting x-rays and computer tests.

Ancient Egyptians firmly believed in life after death. So they preserved the bodies for afterlife. These bodies are mainly of famous people then prevailing in the Egyptian society. This was known as mummification. The whole process took almost 70 days where all the organs from the dead body were detached except the heart. Only the rich at that time could afford this.

We do not know about afterlife, but these mummified bodies were of great help to the historians as it paved a broad way for them to study and understand the life and culture of these familial humans. Humans in present day have uncovered thousands of mummies of familial humans as well as of animals from varied tombs across the world. But mostly they are found in Egypt.

Now we will be looking at one such ‘mummy’ story who is now known as the world’s first pregnant mummy.

Back in 1826, a coffin of an Egyptian mummy appeared in Poland that was donated to the Warsaw National Museum. It was embellished with colourful and luxurious ornaments. Initially when the sarcophagus arrived, experts asserted that this coffin belonged to a female mummy. But years later in 1920, when the hieroglyphs (a part of the ancient Egyptian system of writing) inscriptions were translated the researchers concluded the body of the mummy belonged to an Egyptian priest who was a male. His name was Hor-Djehuty.

Since then it was assumed that the mummy belonged to a priest and had been resting in the museum. In 2015, nealy after a century a team of Polish researchers began a project called “Warsaw Mummy Project”. This project was initiated with an aim of examining 40 mummies that have been kept in the same museum.

While doing so, they fell upon the coffin of the male priest. While operating the regular tests with the body of the priest mummy they discovered some very peculiar thing. They were surprised to discover that the body that they were dealing with is not of a male priest; instead it was the body of an embalmed young woman.

To confirm further, they even used computer tomography that is an imaging procedure to scan the body. This technique allowed the researchers to scan the body of the mummy without removing the bandage. With this they were able to spot a delicate structure and a more detailed 3D visualization illustrated long hair and organs that were mummified. The scan also revealed that the age of the woman was between 20 to 30 years at the time of her death.

Presence Of Fetus In The Mummified Body

In the shocking turn of events when the body scan was done it was revealed that tiny feet can be seen in the pelvic area of the mummy. This indicated that it is a pregnant mummy. The epiphany made it the first revelation of a pregnant mummy in history.

The Warsaw Mummy Project Tweeted. “X-ray pictures complement the CT examinations. Both of these imaging techniques should be used when examining mummies. See for yourself how much a good photo taken with the general electric and X-ray camera and special filters applied to the image given”.

X-ray pictures complement the CT examinations both of these imaging techniques should be used when examining mummies. See for yourself how much a good photo taken with the @generalelectric X-ray camera and special filters applied to the image gives#pregnantmummy @UniWarszawski pic.twitter.com/EqH0ybXauS

Another big query that left the researchers puzzled was the fact that why was the fetus not removed during mummification where all other organs were removed. It is estimated that the fetus was 26 to 30 weeks old.at the time of death.

Various scientists suspect that at that stage it may have been difficult to detach the fetus from the body or there may exist some religious beliefs.

"We don't know why it was left there. Maybe there was a religious reason. Maybe they thought the unborn child didn't have a soul or that it would be safer in the next world. Or maybe it was because it was very difficult to remove a child at that stage from the womb without causing serious damage," said Wojtek Ejsmond, co-founder of the Warsaw Mummy Project.