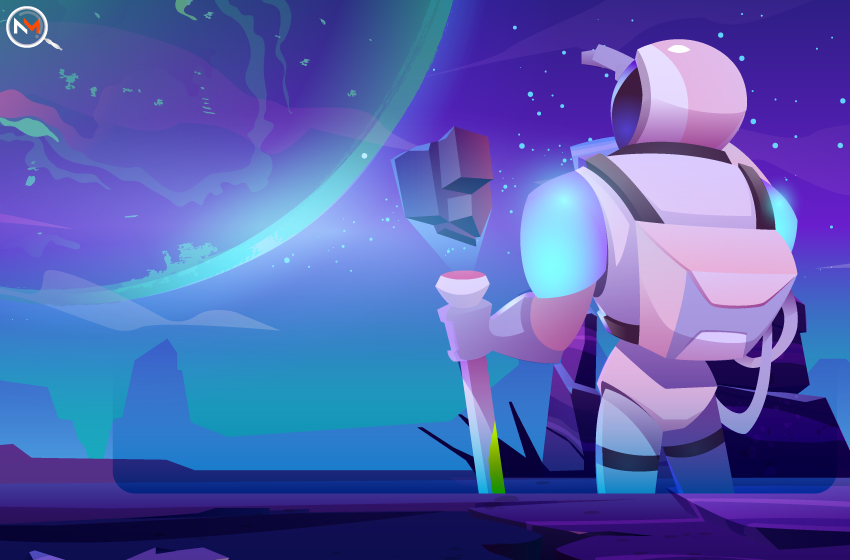 Outer space has many secrets unknown to us. Therefore scientists and space agencies around the world are undertaking various missions to make discoveries and garner further information about the unexplored domain. There have been impeccable achievements in the domain in the current year and it seems there are more to come. One of the prominent successful outer space missions in 2022 was the introduction of the world’s most powerful space telescope. This invention brought us some pictures from the unseen bits of the gigantic black hole situated at the centre of our galaxy, the Milky Way.

There were several instances of rocket launches by space agencies around the world. One of them managed to create a new crater on our moon by crash landing on it. However, the National Aeronautics and Space Administration’s (NASA) Space Launch System, which is a huge rocket designed and designated to be landing on the white surface of the lunar world, has floundered before it could take off. This was due to the identification of problems during the testing of the rocket. This will be aimed at providing excerpts from such latest outer space missions and would also mention developments if any.

Here is an overview of some of the latest outer space missions that have created a buzz on the Internet. Not all of them were successful but might change the results in the coming days as researchers and scientists have been diligently working on them. The important snippets of these missions or collaborations have been curated here. Even the ones that failed but did amaze the world are integrated.

The James Webb Space Telescope was the most powerful and efficient telescope designed for space that recorded a distance of 1 million miles from our planet, Earth. The scope unfolded its convoluted tennis court-size sun shield in late January 2022. Then the engineers who built it calibrated the system and scientific instruments of the Webb telescope.  Its first full-colour projections were delivered on July 12, 2022. The utility of the telescope surpassed critics’ expectations as the level of precision it offers has not been noted in any other telescope.

Several astronomers even expected that this invention has the potential to revolutionise our understanding of the cosmos and be a vital instrument for a ‘golden age’ in the field. This is because of the fact that it is capable of delivering snapshots of outer space that are at a distance of billions of light-years. Another significant highlight is that it is a project by NASA and the European Space Agency, which means that it had no scope to fail.

NASA has been working closely on a huge rocket to be launched to the moon. The mega moon rocket, the Space Launch System, is taller than the Statue of Liberty and this is one of the things that make it unique and one of the most famous space missions on the go. It is being built to facilitate Artemis missions, which is a human space exploration campaign by NASA. It would gradually be harnessed to aid human travel to the moon and Mars.

The rocket was out in the sun in the month of March as the space agency moved it to a launchpad in Florida to conduct a vital test. The findings revealed that the storage this giant rocket provides would not be enough for the areas of usage that NASA was working on. Such a drawback of the most expensive rocket that costs over $4 billion was a major blow to NASA.

Earlier, the U.S.-based space quarters believed that the first uncrewed flight could be scheduled in May itself. However, the tests proved that it would take time for it to fly to space. This is still one of the most promising current space missions.

Mimas, a moon of Saturn, has popularly been known due to its remarkable similarity with Star War’s Death Star, which is a killing machine and resembles a planet. This moon is currently not identified as an outer space dimension that could support life. However, according to a recent research report released in Icarus, a planetary science journal, scientists accidentally discovered traces of an ocean under the white icy surface of the moon.

The study doesn’t provide concrete evidence, however, the findings are convincing enough to be researched further. The fact that water is an essential element for survival comes into play here. If scientists can prove the existence of water sources in the lunar space of Mimas then it might be possible that it can sustain life.

There were images of aurora that were clicked over Mars’ surface. The red planet’s sky experienced green lights. This phenomenon is now known as the Martian Aurora. The Martian Arora snapshots were taken by a space agency in the  United Arab Emirates (UAE). It was noted that most of the atmosphere on Mars has a wormlike pattern which has a sheer resemblance to the Northern Lights that have been witnessed on Earth. On the red planet, these aurora lights are gleaming, twirled bands of UV light. They stretch several miles from the side that faces the sun to the other half of the planet.

5. Rocket Junk Smashes Into The Moon

In March this year, a rocket booster that is thought to be a leftover of the Chinese Lunar Mission, crashed into our natural satellite, the moon. This giant piece of metal is recognized as the first space junk to accidentally crash into and create a new crater on the lunar surface. Scientists estimate that the crater would be approximately 65 feet long. The rocket had earlier departed in a ‘chaotic’ orbit that signalled that it would lose track of its path soon. This is why the crash might have occurred. However, China has strongly declined any connection between its mission and this metal piece. Therefore, the exact origin of the debris cannot be ascertained currently.

In addition to the above-mentioned outer space missions, there was an instance wherein astronomers could explore the huge black hole in our galaxy. Astronomers could get pictures of it through the Event Horizon Telescope. Those snapshots were extremely magnificent to look at. Moreover, the Hubble Space Telescope identified Comet Bernardinelli-Bernstein, the biggest comet to have been ever recorded. The comet is estimated to weigh over 500 million tons, huge! Isn’t it? The pictures found have a red-orangish hue and don’t look similar to anything that was witnessed earlier. Also, having insight into the gigantic black hole of the Milky Way had always been thought to be an impossible task.

Outer space missions have revealed an array of information that we could have been ignorant of. Also, even the failed missions were a treat to know about as they made us aware of what was lacking and how it could be fixed. Further, the possibility of life on lunar surfaces outside the peripheries of Earth is notable. Therefore, it would be really intriguing to watch for updates on the upcoming space missions that are yet to be accomplished. This is because every achievement in this domain would be fruitful for the entire mankind.

1. How Many Space Missions Are There By NASA?

In the last 30 years, NASA, the most prominent space agency, conducted about 163 missions without any deaths reported. About 355 distinct people were carried to space through these missions.

2. What Are Some Missions In Space?

Here is a short list of notable missions in space - Pioneer 10 and 11, Hayabusa, Venera probes, and The Space Shuttle.

3. What Is The Most Famous Space Mission?

The most famous outer space mission has to be Apollo 11 as it was the first one to transport a human to an extraterrestrial body.

Important Impact Of Astronomy In Everyday Life We Should Know