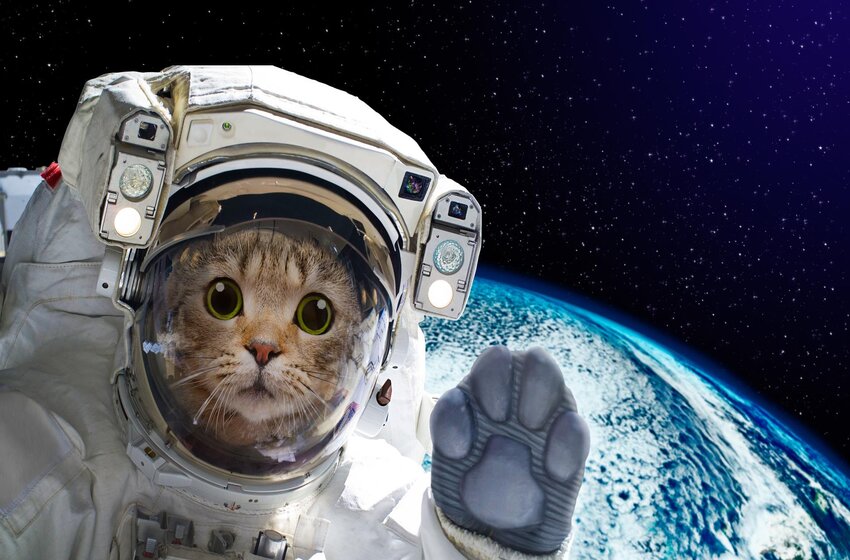 Both the missions that we have stated above were suborbital, as were all the flights for animals for about a decade. The first animal to orbit Earth was Laika, a dog that was launched by the Soviet Union in 1957 and passed away in orbit. The first animals who have orbited the Earth and have landed safely were a host of animals on the Soviet Sputnik 5 mission in 1960 that was led by dogs Belka and Strelka.

In this beginning phase of rocket science, no one had an idea about how a spaceflight looked. Engineers flew animals in space, specifically dogs, chimps, and monkeys to learn about launching and landing living beings safely and for a better understanding of how spaceflight might affect the human bodies.

Since then, animals in space have played an important role in evaluating the impact of microgravity on many biological operations. Astronauts have studied all forms of animals like wasps, butterflies, beetles, mice, flies, worms, fish, spiders, tortoises, rabbits, bees, ants, frogs, crickets, rats, newts, snails, scorpions, urchins, moths, minnows, brine shrimp, jellyfish, guinea pigs, and cockroaches, among many others. If you are wondering how many animals died in space, then there are numerous who have expired in space and also there are many who have landed safely and have lived even after that.

In the early stages of spaceflight, many animals have reached space. Here are some of the famous animals who have left their mark in the history of space science.

Even though the early animals in space attained great fame, many other animals have highly contributed to the structure of scientific knowledge regarding life in space. As humans have evolved and become more used to space travel, lesser animals make the front-page news.

Still, the contributions made by them are crucial. Nearly all animal flights have been designed to evaluate the effects of microgravity on the biological operations of creatures from Earth.

Some of the biological operations that have been researched are (to name just a few): brain states, cardiovascular status, behavioral performance, fluid and electrolyte balance, tissue development, metabolic state, and mating in zero gravity. Here are a few instances of specific experiments. Here is an animal in space timeline.

Animals in space remain to be studied presently, specifically on the International Space Station. Some instances of space station experiments are:

The primary journeys into space that involved animals were used for testing survivability and also the potential for taking humans into space. Later, other scientific doubts, like radiation and weightlessness were reviewed.

For instance, worms share with humans similar alterations in the expression of genes that control blood sugar, but as the bygone are more compact and reproduce quickly, it makes it easy for the scientists to study many of them throughout an entire life span, unlike humans. By now, we hope you have understood the impact and contribution of animals in space and how it all went all these days.

Which Advanced Technologies May Change The World To Great Extent?

James Webb Space Telescope: Why Is It So Important?