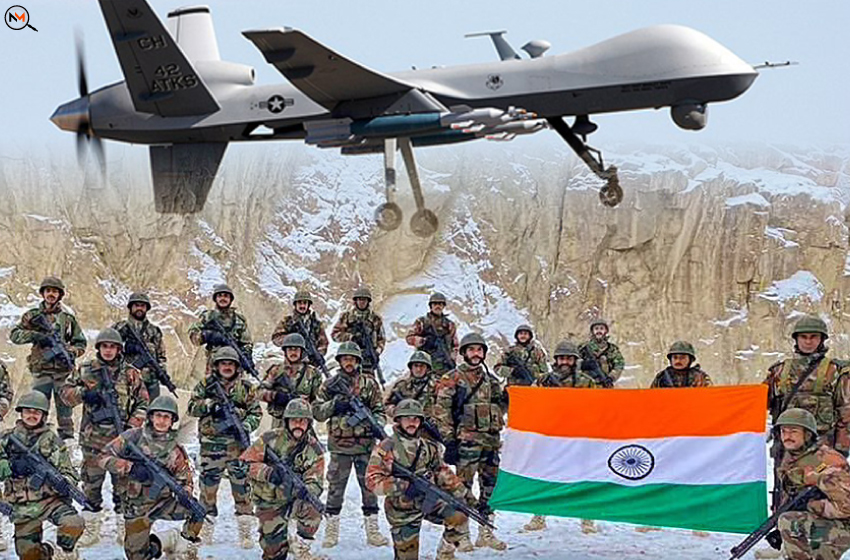 The Indian Army has entered into an alliance with the Drone Federation of India (DFI), which is backed by the Union Aviation MInistry. The integration of drones in Indian Army is set to be used in the frontline regions that experience extreme conditions. It is aimed at “accelerating technology development and indigenisation in the drone ecosystem.” The Army Design Bureau (ADB) and DFI signed an MoU for collaboration on:

“Roadmap planning, research, testing, manufacturing and adoption of drone, counter-drone and associated technologies that are to be utilised by the Indian army in its operations."

As an initial step in the agreement, the ADB and DFI are introducing the Indian Army’s Him-Drone-a-thon. This module would focus on getting inputs to develop the Indian Army’s working in the harsh frontline regions, like the Himalayas (where this project is going to kick off). The ADB will be mentoring the selected participants and will allow them to visit the field of work to understand the situation better. When the participants will be on the field they would get to know more about the Indian Army’s day-to-day activities and struggles.

Drones used in Indian Army include the DRDO Rustom, which has existed for a considerable amount of time now. The other DRDO drones and the Rustom-2 drone are some UAVs the Indian military has considered in the past years.

Major General CS Mann, VSM, who is an additional director general of the Army Design Bureau, commented on the alliance that would enable the usage of drones in Indian Army in frontline regions saying:

"This collaboration will help in providing a focused approach towards upgrading Indian drone manufacturing capabilities for meeting defence requirements. It will also enable companies to leverage their expertise on the subject within the Indian Army. We look forward to working together."

"Indian drone startups have started delivering specialised products that meet the Indian Army's frontline requirements. This collaboration between DFI and ADB will establish new drone use cases and develop high-impact drone solutions for the Indian army soldiers via an active industry-academia-user engagement."

It would be intriguing to watch for updates on the incorporation of drones in Indian Army operating in the harsh frontline regions like the Himalayas. This is because the protecting body of the nation is indeed getting tech-savvy.

Twitter In India Should Abide By Local Laws: Elon Musk

Airtel 5G Network Services In India To Launch This Month