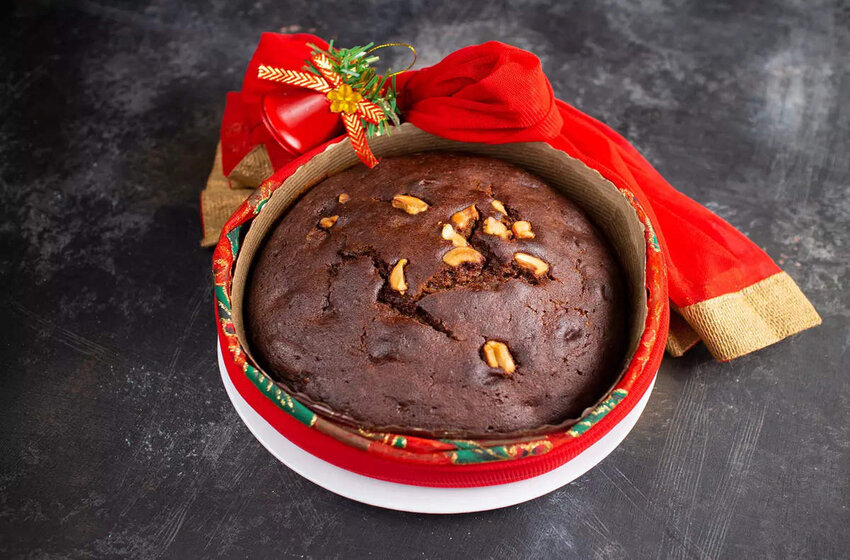 Christmas is here where we cannot think about this festival without plum cakes. To us, cakes and Christmas are tangled and cannot be entangled. So here we will see a quick and easy plum cake recipe.

The Tale Of Plum Cake

The tale of the plum cake starts in the medieval period in England, where it was a famous tradition to see a period of self denial, fasting, and temperance from every form of indulgence in the weeks that led to Christmas. The temperance and occasional fasting were thought to prepare the body for the excessive indulgence during Christmas.

As per the customs on Christmas Eve, a rich porridge was prepared and consumed to “line the stomach” for the feast that was knocking on the door. The porridge was known to have been prepared with dried fruits, oats, honey, spices, and at times even meat can be termed as the grandfather of Christmas or the plum cake.

As time went, and diversity in ingredients made their way into that porridge, it started to look like what we see today. It is thought that at times in the 16th Century, flour replaced oats, and butter and eggs were added to the porridge. This batter was then poured in a muslin cloth and prepared in a pot that had boiling water for many hours. What came out was a dense, heavy fudge that is also known as cannon balls. In the richer houses that had ovens, the mixture instead of boiling was baked. Every family had its own unique recipe that was dependent on the preference of the lady who was making it. The rich cake or the pudding was prepared a few weeks before Christmas arrived.

However, it is not clear how it got the name plum pudding or the plum cake. According to some, the raisins or the currants were also known as plums in England. The traditional plum cake recipe was abundant in raisins, and hence it derived its name from the same. Yet others think that dried plums were the primary ingredients of the authentic porridge, and were then replaced by other ingredients, like more exotic dried fruits. Whatever may be the case, the name remained.

The cake remained as well, even though it was very near to getting lost in the period of reformation of the late 19th century when the feast of the twelfth night was banned by Queen Victoria. The confectionaries who had their stocks ready planned to bake cakes for Christmas so that their stocks do not go wasted and they do not run into losses. Since then again the tradition caught on.

Around that same time, families of men who were working in the British colonies of Australia, Canada, America, and other parts of the globe started to make their cakes weekly, or in each month, and started to send them as Christmas hampers. And this is how the moist plum cake recipe traveled around the globe.

The history of plum cake traveled a lot of eras and became one of the popular cakes in the Christmas season. So this Christmas, you will have to make this cake at home and enjoy it with your family and friends. So let us have a quick look at the simple plum cake recipe in just a few easy steps.

This rich plum cake recipe requires 20 minutes to prepare and 40 minutes to cook. So the total time required to prepare this cake is 1 hour. As per the quantities mentioned above, this cake can be served to 8 people on an average.

If this cake stays for more than 24 hours, you should keep it in the refrigerator. Now let us have a quick look at the Christmas plum cake recipe in a gist.

The plum cake recipe has traveled a long way since its advent, and now it is the household food for every Christmas. This Christmas how could we miss bringing you the recipe that is a must have for Christmas. Make this simple plum cake at home and warm up your house party more with friends and family.

Delve Into Indian Cuisines With These Great Rajasthani Foods

Cosmopolitan Cocktail Recipe: The Best Drink For Your Christmas Party