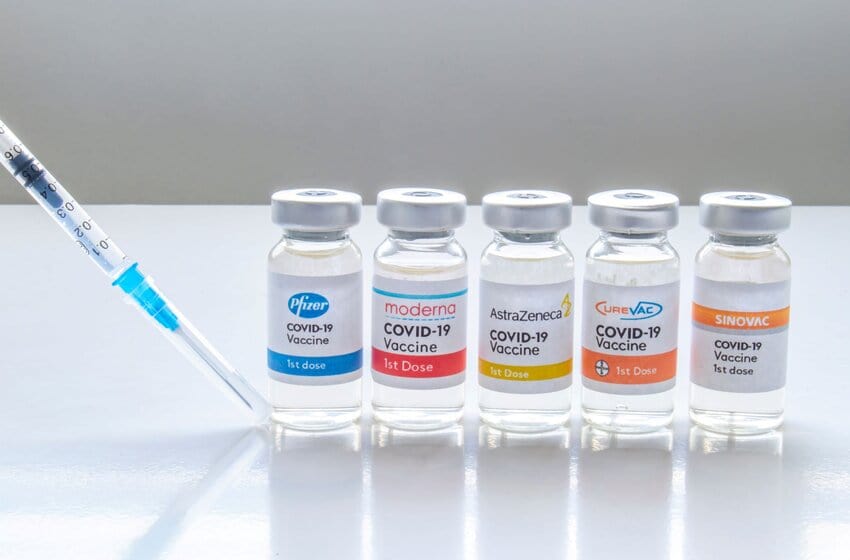 Science is facing one of the most difficult outbreaks to date: The covid-19 pandemic. Scientists all over the globe are working tirelessly to rightly understand the molecular form of the coronavirus. These efforts collectively increase our ability to construct both preventive as well as therapeutic strategies against the SARS – CoV – 2. So we can say that the Covid-19 vaccines are examples of such preventions. But there are more than one variety of vaccines available. So what happens when you mix Covid-19 vaccine shots?

What Happens When You Mix Covid-19 Vaccine Shot?

When vaccinators mix Covid-19 vaccine shots it increases the side effects of the people such as headache and fatigue. There has been an early study whose result is yet to show how well the mixed vaccine reacts to the virus.

Patients who received the first dose of AstraZeneca Plc’s vaccine that has been followed by Pfizer Inc.’s vaccine reported short lived side effects after twenty eight days. Most people have very mild side effects. This was reported by the researchers from the University of Oxford in the Lancet Medical Journal. But it was also true that the above reporting happened when the vaccination order was switched.

Public health officials and researchers are trying to examine by mixing two Covid-19 vaccine shots as it is becoming difficult for low and middle income nations to supply the right amount of vaccines. But it is assured that mismatched shots are safe and effective. Along with that, it has made it easier for many governments in managing their stockpiles and giving more insight into a mixture that is already prevailing in some countries.

For example in France, people who received the first dose of the Astra vaccine before it was restricted by the France government in order to provide vaccine to the older patients first were offered the vaccine that was formulated by Pfizer and BioNTech SE for the second dose of vaccination.

"It's a really intriguing finding and not something that we were necessarily expecting," said Matthew Snape, an Oxford pediatrics and vaccinology professor. "Whether or not this will relate to an improved immune response, we don't know yet; we'll be finding out those results in a few weeks' time," he added.

The study did not bring out any issues regarding safety and also the side effects that were stronger vanished after a few days Matthew Snape said on a conference call. He also said that the mix of Covid-19 vaccine shots can result in a hike in work absences one day after the immunization.

"You wouldn't want to immunize a ward full of nurses with a mixed schedule on the same day," he said.

Nearly 10% of the participants who received the doses in the form of mix Covid-19 vaccine shots did report severe fatigue for example when compared to that 3% who have been vaccinated with a single type of vaccine, the research shows.

All people that were considered in this study were aged 50 and above. So according to Snape, there can be a possibility of a stronger reaction with people below that age meter. Along with that researchers are also trying to test with broader dosing intervals of about 12 weeks between each shot and are also planning to extend the research to encircle the vaccine from Novavax Inc. and Moderna Inc.

Not every vaccine is bound to yield good results when mixed. But researchers believe that it is possible to do with those combinations that have the same target.