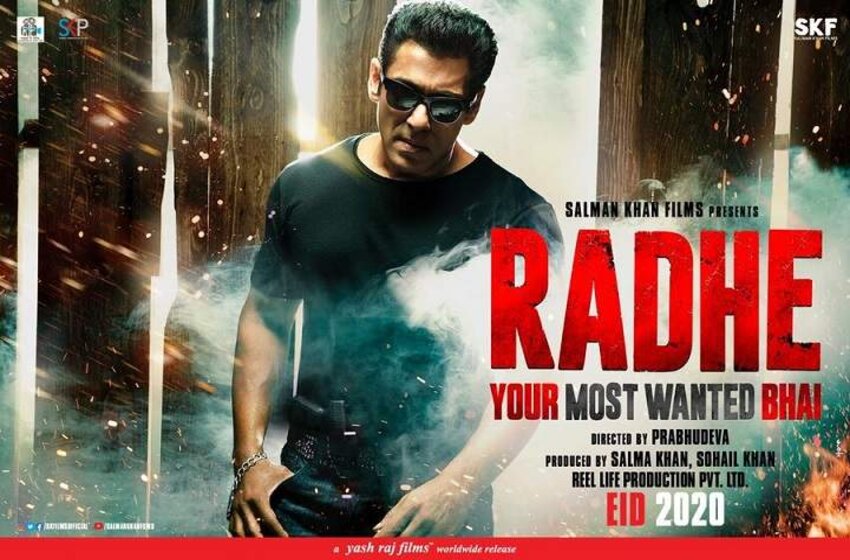 Radhe – Your Most Wanted Bhai witnessed a grand release on 13 May 2021 on the occasion of Eid. It saw a theatrical release as well as in Zee5 with Zee pay per view facility. Not only in India this film got released in UAE, Australia as well as in New Zealand. Radhe box office collection for its first day in UAE was 3.07 crore that totaled up to 5.98 crores.

The film saw massive first day success from the fans cheering the film in theaters to such box office collections overseas and also to such massive views on the OTT platforms. Audiences started to watch the film as soon as it was uploaded on the OTT platform, and for that, the servers started to crash. This was the highest watched first day film on any OTT platform on the day of EID thus making it an EID blockbuster.

About The Film: Radhe - Your Most Wanted Bhai

Though the earning for the Radhe box office collection was unexpectedly huge, the film is not a hit. It is sure that people watched the film just because of Salman Khan. IMDB flushed the movie with 1.8 stars and many critics firmly criticized the movie. The movie starred Salman Khan as the male lead, Disha Patani as the female lead, and Randeep Hooda as the villain.

According to many, the film had nothing special to make it worthy. Many pointed out various instances where the female lead Disha Patani was used as a material. The film had many forced instances.

As expected Bhai (Salman Khan) is introduced with an action scene. In the first cut, CG is seen to come as a hero hiding his age. The “auratzaat” (feminist) hero begins the scene by looking at the mirror and saying “Eid Mubarak” after murdering a dozen of people. This is more a solar system than a film. The Bhai acts as the sun and the rest of the characters act as the orbits around him. Along with that, the others have to keep shut and act dumb so that Bhai can shine.

Reason For The Success Of Radhe Box Office Collection

Radhe successfully demonstrates how any film can have a hybrid release and also portrays the effective model of releasing a film, especially in these tough times. This will not only benefit the stakeholders of Radhe but also the entire film industry that is under this pandemic.

Every Radhe statistics is a testimony to the fact that when massive star power meets broadest reaching platforms, history can be created even in the most difficult times with bounded theatrical capacities. This enforces the fact that simultaneous releases in multi-platform is the future of entertainment and will grow wider in the coming years.

“The film has won over audiences and through this unique and never-seen-before distribution strategy we could ensure the widest possible ‘opportunity to see’ this high-on-entertainment, quintessential Salman Khan movie at a place and time of audiences’ choice. With unprecedented circumstances comes the responsibility to make innovative choices that will pave the way for future business models and Zee is at the forefront of it”