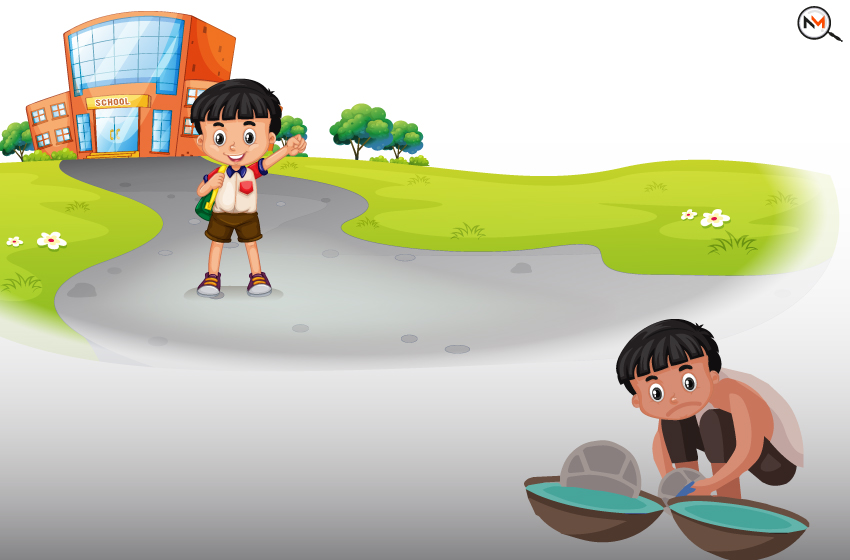 Education is an important aspect of one’s life, isn’t it? It decides the entire future of a person and that is where the key building blocks of life lie. This is why it is important that every child in our country and elsewhere gains access to education. However, the education system in India has so far not been able to do so. The state of Kerala is the only one to have achieved a 100% literacy rate in so many years. But the fact that the Indian government is making several efforts for the facilities to reach everyone has not changed.

The central body has been looking forth to imparting education to every corner of the country, yet the rural areas mostly suffer when it comes to acquiring knowledge. There are a host of reasons that have caused such a system. The fact that there are still many individuals craving to be educated but never getting that opportunity might haunt one but that is extremely true. The education system of India is still not that advanced so it can look after all these negativities.

When you stroll down the streets of India, you would find some young guy serving tea at a stall at a tender age. They are supposed to be in a school, but their dreams are hindered when the barriers of reality come in. Though child labour is a serious offence in the country, it still goes on as at the end of the day they forget to think about what is trite or what are their needs. All they then think about is filling their and their loved ones’ stomach. However, governmental bodies can definitely intervene and make the situation better for the education system in India.

How Can The Govt Improve Access To The Education System In India?

Since the education system of India is a complicated field to understand, we decided to discuss the reasons as well as their possible solutions. This is because, without the identification of loopholes in the education system of India, we won’t be able to talk about the potential remedies that could be implemented for the youth of the country. Therefore, we have noted the three main reasons why access to education has not been available for all.

Finance is one of the foremost requirements for acquiring knowledge through any education system in the world. If you are thinking that it is just India that is struggling with the issue of finance when it comes to education, you are wrong. This is due to the fact that the education system USA has also witnessed a similar thing. The United States is the powerhead currently but still, it did not manage to provide access to education to everyone.  The education system in USA is completely different to India’s.

However, the problem of not having enough funds still prevails. In India, it’s a little higher, since the underdeveloped regions’ income is not that great, and this affects the quality of life there. Moreover, in the developed areas, the formation of slums shows that the people there are underprivileged too. In order to meet daily needs, children, however small, start working in stalls and other small-scale investments that provide them with menial work and considerably low income.

Time and again the Indian Government has initiated actions to mitigate the financial issues for children at least. One of the major ones is Sarva Shiksha Abhiyan, which focuses on the principle of availing access to education to everyone. There were other schemes launched like Mid-day meals to support the children that come from a family that is below the poverty line. Though these initiatives did help people to an extent that could not go on for longer. The regulatory bodies might not have been able to enforce them properly.

Therefore, the possible solution that we think could be implemented here is that the government should plan the schemes well before actually introducing them. The efforts that are made in the beginning should be carried forward to the coming years as well. Also, the regulatory bodies should set short-term goals and the schemes need to be based in that time period as well. Once they achieve the set targets, they should reform the already existing initiative or introduce an entirely new concept to aid fund issues that prevent children from gaining optimum knowledge.

A lot of people in India live in remote or severely underdeveloped locations. These locations do not have modern-age schools there. All they can access are the local schools that do not have many facilities nor are the teachers properly qualified. In such situations, it is almost impossible for children to get the level of education that they should be getting. Also, the income levels in these areas are not efficient enough to be able to send their children to schools in cities. In addition, not a lot of people in these areas understand the importance of education for their children.

Therefore, it is essential that informational campaigns are conducted in these regions to teach them about the significance of education and why their children need it. In addition, it is necessary that the government deploys optimum and efficient technology to make educational resources available for everyone, especially people in underprivileged areas. They can use applications that allow video meetings and even sponsor the devices that they would use to attend those calls. Additionally, they would have to make sure that everyone is getting an internet connection in the area and also that their parents are not stopping them from attending classes.

In addition, apart from these short-term initiatives they should also look into the long-term aspect. They should provide electricity and internet connection to the regions that are deprived of it. This would take a lot of time, effort, and funds, but the government is responsible for the well-being of the citizens of this nation. Therefore, they ought to take such actions for the betterment of the country’s youth and future generations.

Disabilities can affect anyone, and it does not come after informing. The fact that people with disabilities can find the education system in India a little convoluted is known to us. This is because based on the type of deformity one has, their limitations are ascertained. These shortcomings then deter them from acquiring knowledge just like any other normal person. Also, in schools, children always bully and make fun of people who are not like them. This can highly impact the mental health of a child who is already fighting with their disability.

In this case, the regulatory bodies that concern disability and education should join hands and work together. They should develop schemes that cater to these special people’s treatment and education. They should find ways to educate people with different disabilities. They can even formulate courses that are catered to one specific kind of disability be it physical or mental. This would enhance the quality of education that is to be provided to these special students. Moreover, these practices would require experts, so the regulators also might need to look for expert teachers who can handle these pupils.

The education system USA has is better for such people as they have provisions for the education of disabled people. These students are given priority in the education system in USA as they have even incorporated an act named the Individuals with Disabilities Education Act (IDEA) in their constitution. There have been considerable improvements thereafter. So, India can try taking ideas from IDEA and make its own unique strategies on the matter.

The education system in India still has a lot of loopholes, be it the accessibility or the quality. However, we are not denying the efforts made by the Indian government to make the situation better. But the changes that were noticed after their initiatives were not that significant. In addition, there is still a huge disparity between the literacy rates of men and women in the country. Further, the poor and disabled people should be given special attention, which has still not happened. But we hope that things get better soon. The comparison between the education system in USA and India we did in the article was essential to point out the essential problems we have.

Latest Important Changes In The Indian Education System For Good

Dazzle in style with the blogs of Bhanupriya Ramanathan who is a fashion enthusiast. She has been blogging about the fashion sector for several years now and is indeed a style setter.