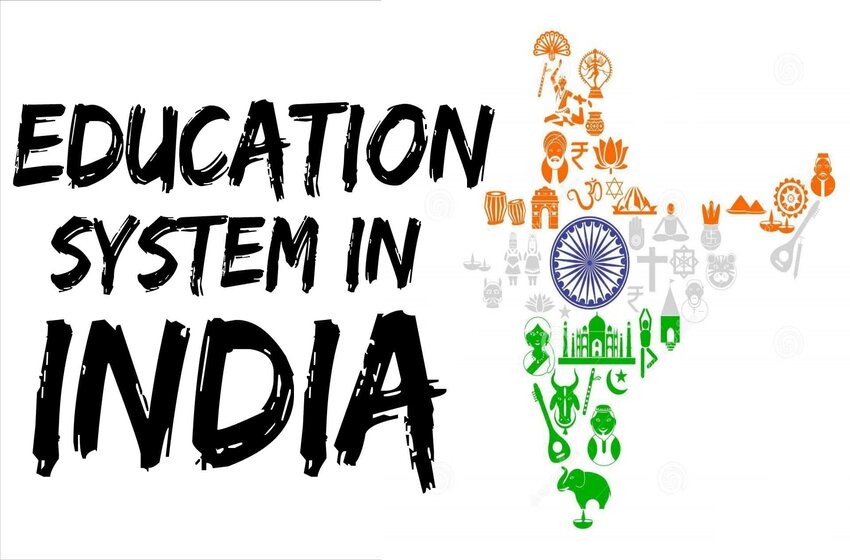 The Indian education system is quite unique. It has been designed to uphold the culture, values, history, and costumes of the nation. While traditionally, the right to education in India was reserved mainly for the higher caste people, new policies in education in the country have been aiming to attain equality and are trying to offer the right to education to all. In this piece of article, we will be discussing what the educational system in India was and to how far it changed presently.

A Brief History Of The Indian Education System

The first education system in India was the Gurukul system. It was primarily the residential schooling tradition that dates back to nearly 5000 BC, where students who were known as Shisya and the teacher who was known as the guru used to stay in the guru’s ashram or in close proximity. This is used to create an emotional bond before the process of knowledge transmission. The mode of communication then was in the ancient Sanskrit language.

The learning basis was not only to read books and memorize the matters but the complete holistic development of a child. This study included their cognitive, mental, spiritual, and physical wellness. Subjects then taught were religion, medicine, holy scriptures, warfare, philosophy, astrology, statecraft, and many more.

The emphasis here was on the development of the human values of the child like right behaviors, self-resilience, creativity, empathy, along with strong moral and ethical behavior. The focus was that knowledge could later be used in real life scenarios. There were six primary aims of education for all the students of Gurukul. They were:

Statistics And Facts About Education In India

Under the Right To Education Act 2020 of India, compulsory and free education is ensured to each child between the age of 3-18. As of 2020, the statistics of education in India show that nearly 26% of the Indian population falls in the category of 0-14 years, which offers a great opportunity for the primary education sector.

Moreover, 18% of the total Indian population falls into the 15-24 year category, creating opportunities for growth across higher and secondary education institutions across the nation. Along with that, the Indian educational statistics reveal how the ratio of literacy of India for adults over 15 years of age is 69.3% with female literacy at 59.3% and male literacy at 78.8%.

The most famous higher education institution in India is the University of Delhi, followed by the Indian Institute of Technology (IIT) Bombay. India was ranked 34 among the 100 nations in the 2019 English Proficiency Index, enabling for easy delivery of educational material that caters to the Universal standards. This is the Indian education system ranking globally.

Targets For The Future In The Indian Education System

In April 2021, India attended the E9 initiative by the United Nations, whose aim is to form an initiative on digital skills and learning, aiming at marginalized youth and children, primarily girls. According to the Union Budget 2021-22, the Indian government allotted an expenditure budget of US7.56 billion for literacy and school education.

By 2030, it’s anticipated that the higher education system of India will have over 20 universities among the top 200 universities globally. It is also thought that it will be placed among the top five nations across the globe in terms of research output, with a yearly research and development (R&D) spend of US$140 billion.

Let us now see what the new education system in India has to offer. In July 2020, the Union Cabinet accepted a new NEP (National Education Policy) to be completely implemented by 2040. They also renamed the Ministry of HRD (Human Resource Development) as the Education Ministry, to work as the single regulator for all the schools and higher education institutions throughout India.

The NEP, whose aim is to create the structure and guide the improvement of education in India, was initially drafted in 1964 under a 17-member Education Committee and that was passed by Parliament in 1968. Since then, it has been revised three times, the latest being most recently under the Prime Ministership of Narendra Modi.

How Has Indian Education Changed After The Covid Pandemic?

But no one would have thought that a Covid-19 pandemic would arrive and without differentiating, it would change the lifestyle of people. This has paused the world for some time. And the biggest hamper in this process has been faced by the education sector. It is going to be over 2 years since the educational institutes have been shut down and classes have been going on online. Apparently, online classes may seem to be advantageous to many, but it is not at all good for a few categories of students. For instance, students who have just been admitted to the school and in their play school stage. What do they learn online? How to sit properly? Classroom manners?

This is a natural disaster that has taken the sector of education by storm. Immediate recovery is what we all can expect because an online exam is nothing but doing homework.

Because of the proactive initiative of the NEP, changes have been seen in the Indian education system. But global education has faced a setback because o0f the prevailing pandemic.  As blended learning feels like the future of education in India, India has many resources for teaching available that can make a greater impact in the lives of the students. Nothing is perfect, there are numerous Indian education system problems, but this nation is trying to attain its goals in the education sector.

1. How is the education system in India?

2. Is the education system in India good?

India was ranked 34 among the 100 nations in the 2019 English Proficiency Index, enabling for easy delivery of educational material that caters to the Universal standards.

3. Is the Indian education system the best in the world?

No, the Indian education system is not yet the best globally, but yet India was ranked 34 among the 100 nations in the 2019 English Proficiency Index, enabling for easy delivery of educational material that caters to the Universal standards.

A Timeline Of The “Not-So-Easy” New Indian Agriculture Law