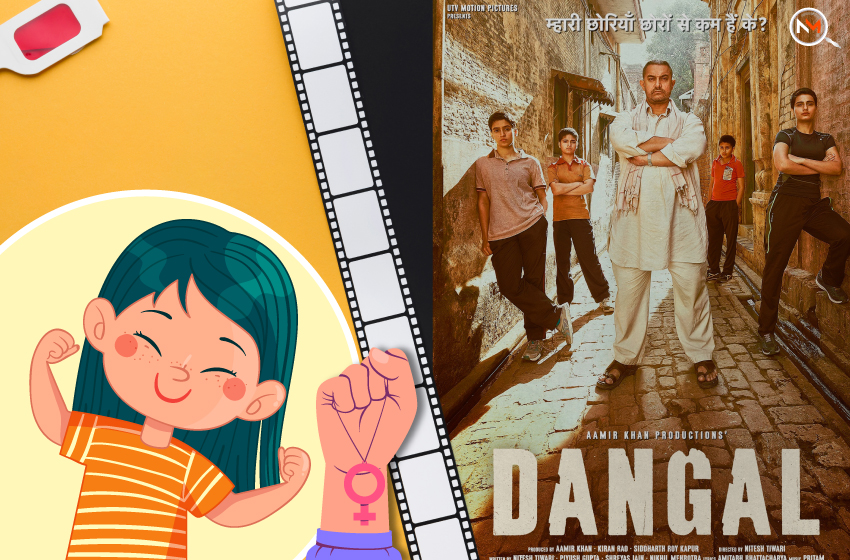 Women and girls around the globe have faced oppression and suppression for ages. However, the situation is changing massively these days but yes, the pace is not that high. Females are an integral part of our society and their upbringing or the way they are treated right from their childhood plays a vital role in shaping their overall personality in the long run. Therefore, the International Day of Girl Child is celebrated every year on October 11 as an observance dedicated to young females in the world.

This day is very special and that is why we have brought to you women empowerment movies from Bollywood that you should watch right away if you haven’t already. Ones who have watched them can rewatch them to honour the International Day of Girl Child. But before that let’s know more about this international observance in detail.

UN’s Progress On The International Day of Girl Child

“In 2022, we commemorate the 10th anniversary of the International Day of the Girl (IDG). In these last 10 years, there has been increased attention on issues that matter to girls amongst governments, policymakers and the general public, and more opportunities for girls to have their voices heard on the global stage.”

Thereafter, they went on to talk about how the Covid-19 pandemic affected girls stating:

“Yet, investments in girls’ rights remain limited and girls continue to confront a myriad of challenges to fulfilling their potential; made worse by concurrent crises of climate change, COVID-19 and humanitarian conflict. Girls around the world continue to face unprecedented challenges to their education, their physical and mental wellness, and the protections needed for a life without violence. COVID-19 has worsened existing burdens on girls around the world and worn away important gains made over the last decade.”

There are several movies based on the life of women and girls in the country, however, we decided to filter the best women empowerment movies that would work as a tribute to every girl child in the country. So, run your eyeballs through the list carefully and pick the ones whose plots interest you the most. 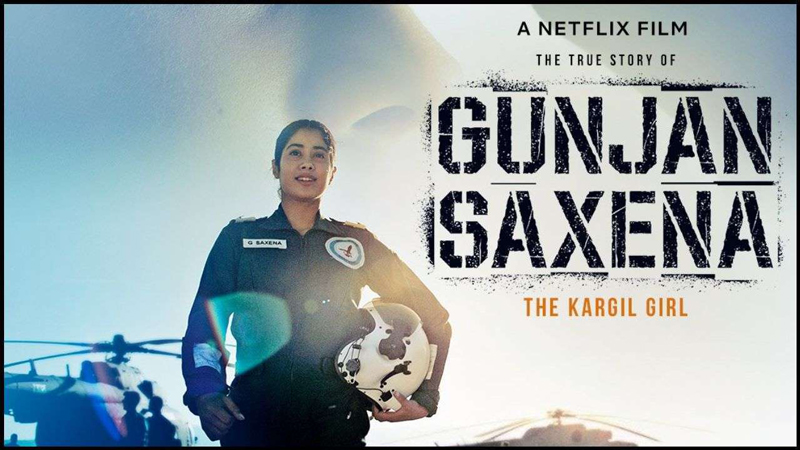 Gunjan Saxena: The Kargil Girl is one of the movies about women empowerment that one should surely give a try. It is based on the life of Gunjan Saxena who made history by becoming the first Air Force officer to fly over a combat zone during the legendary Kargil war about two decades ago. It is one of the women empowerment movies that is extremely inspiring for young girls out there. It showcases how a girl can enter the ‘Forbidden Man’s World’ with due respect because of her skills, ability, and calibre.

This movie has a run time of 112 minutes and was released on Netflix in 2020 as it could not make it to the theatres due to the advent of the Covid-19 pandemic. The main cats of Gunjan Saxena: the Kargil Girl include: 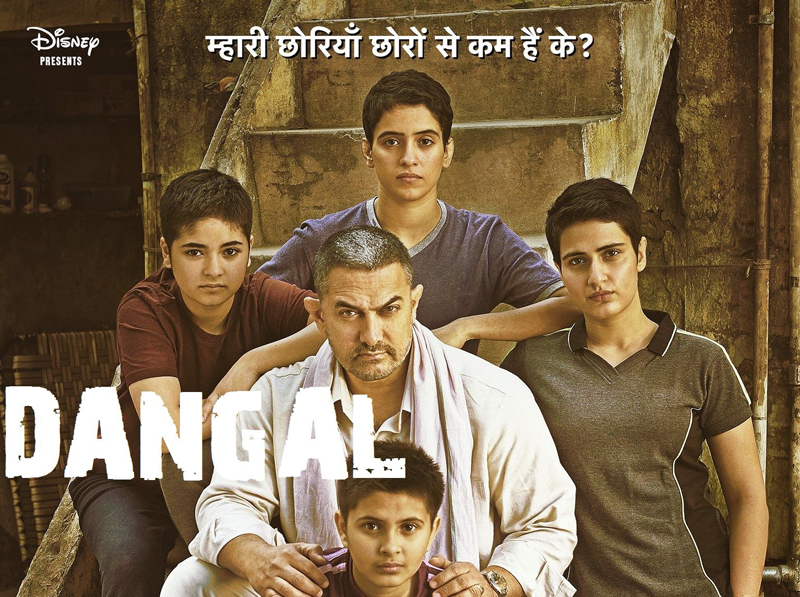 Dangal is a movie that talks about female wrestlers or ‘pehelwan’ who were trained by their father from a tender age. This unique take makes it one of the women empowerment movies worth watching. The story revolves around the Phogat sisters who hail from a small district in Haryana. These girls made history at the Commonwealth games as Geeta Phogat (the older sister) bagged the first-ever gold medal for India in female wrestling.

It is one of the movies about feminism that one should watch on this occasion. This is because it highlights how at first Mahavir Phogat (the father of these sisters) wanted a male child to accomplish his dreams. But later realised that his daughters were not inferior to any male child as he noted “Mhari Chhoriya Chhoro Se Kam Hai Ke.” The cast members of Dangal have been listed below. 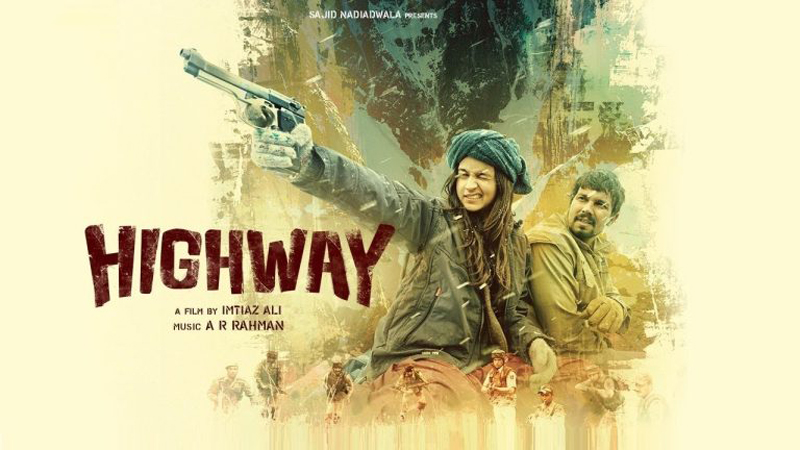 Highway is a 2014 Bollywood movie directed by Imtiaz Ali that has to be somewhere on the list of feminist movies due to the way its script has been worked on and executed. It explores the topic of child sexual abuse and how it is one of the topics considered as taboo in India. The film eventually leads to a climax where Veera, the protagonist, breaks all societal ties that restrict her and confronts the abuser who harassed her when she was young. It is one of the movies about women empowerment where we see the female victim speak her heart out gaining freedom from the oppressive society.

The main cast members of this movie are:

4. Manikarnika: The Queen of Jhansi

The tale of ‘Jhansi Ki Rani’ is indeed very famous in the country. Manikarnika: The Queen of Jhansi is a tribute to her efforts in the past. Rani Laxmibai is the main character in the movie who fought against British colonisers bravely after the death of her husband. The fact that she still had to look at a young child at that time made it even more difficult, but she managed to overcome all limitations and fought the British army.

However, her efforts could not do much damage to the rivals as she eventually had to do ‘Johar’ (jump into a pyre of fire) to protect herself from being captured and exploited by the British. But she still remains one of the historical characters of our country who cannot be forgotten. It is one of the feminist movies set in the late 1800s and would offer a different kind of experience to viewers. 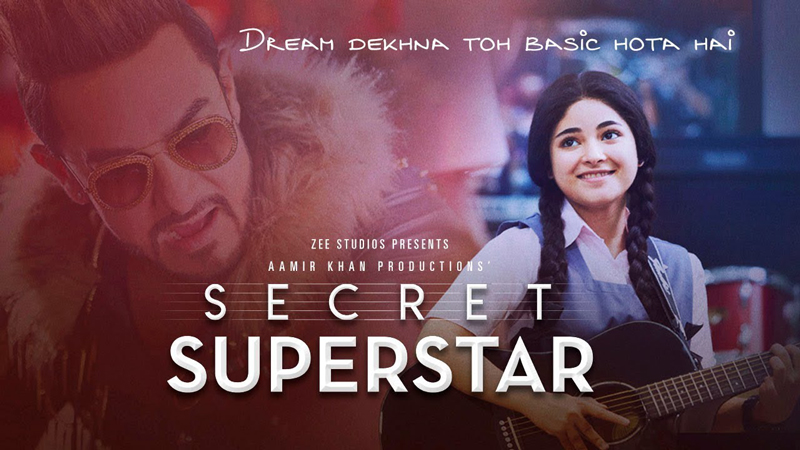 Aspiring female artists would love watching Secret Superstar as it is one of the movies about feminism that talks about a young girl whose passion is music and singing. Insia is a Muslim girl who loves to play the guitar and sing along to the tunes. Her father hates this and always prefers to show sweet gestures towards his son instead of Insia (which she rarely minds).

Also, he oppresses his wife and even beats her for every little thing. Insia never liked this and wanted to do something in life to protect her ‘Ammi’ and so the series of events led her to upload a few of her songs on YouTube wearing a Burkha becoming the ‘Secret Superstar.’ She goes viral and a famous music director Shakti Kumar offers her to sing a song professionally.

However, after these things start getting worse as her father decides to get her married but before anything bad could happen, her mother takes a stand and even files for divorce. This was a bold step taken by someone who had been oppressed almost all her life. This plot makes it one of the movies about feminism as it talks about how young girls and older women suffer due to society. But all ends well as Insia receives an award for the song she sang for Shakti.

The cast members include:

The list of women empowerment movies has ended but the efforts to achieve equality would never cease. On this International Day of Girl Child, we want you to spread awareness about the fact that females should not be bound by the chains of ‘traditions.’ Also, do watch some or all of the above-mentioned movies on feminism for a better understanding of all the issues that women in society face. Don’t forget to share the list with your close ones so that they can also celebrate this UN observance in the perfect manner.

Women In Business: Common Stereotypes That Need To Stop Now