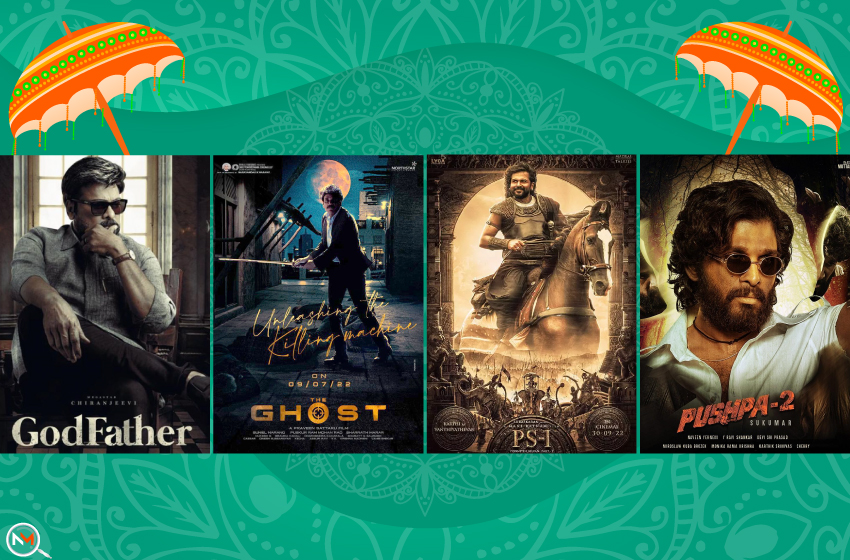 South Indian movies have been seeing a change in the way the plots and filming in the industry works. Moreover, the popularity of such movies has been growing over time. This is because of the increased adoption of the concept of these movies. In addition, even the people from the north have been awaiting the upcoming South Indian movies. This is what this article is aimed at. It will provide a list of big-budget upcoming South Indian movies that will leave you intrigued. The list also contains some movies with not that high a budget but are still worth waiting for.

Gold is the first one to be released on the new upcoming South Indian movies 2022 list. It is set to be out by September 2, 2022, in the theatres. It is a Malayalam movie in the comedy-drama genre.  Alphonse Puthren, an Indian film director, has written, edited, and directed Gold. In addition, he also worked on stunt choreography, colour grading, visual effects, and animation of the movie. The music of the movie is composed by Rajesh Murugesan. The main cast of the movie includes:

Ponniyin Selvan: I (PS-I) is one of the upcoming south Indian movies with the biggest budget (estimated to be about ₹500 crores). It is expected to be released on September 30, 2022. The movie was earlier planned to be a stand-alone film but then was divided into two parts. This Tamil film is directed by Mani Ratnam, an Indian film producer, director, and screenwriter, who in the past has done an exemplary job in the Tamil film industry. Another notable fact is that the music and background score of the film has been composed by A.R. Rahman, one of the most popular names in the music industry of India. Due to its big budget, we anticipate that it will make it into the list of upcoming south Hindi dubbed movies this year.

The main cast of Ponniyin Selvan: I (PS-I) include: 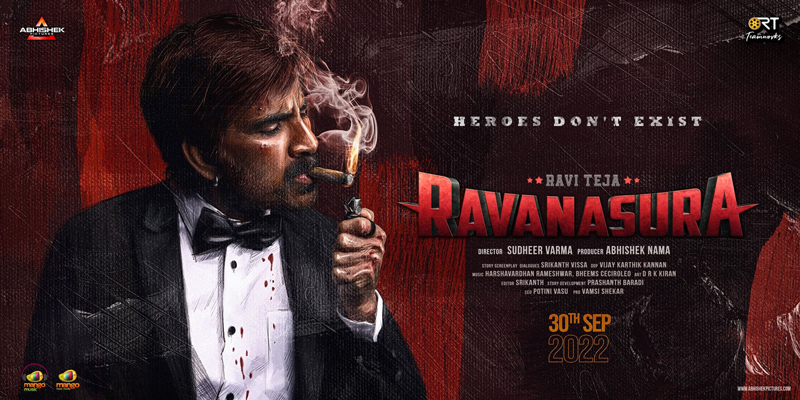 Ravanasura is an upcoming Telugu movie, produced by Abhishek Nama, that will see a release coinciding with the big-budget movie Ponniyin Selvan: I (PS-I) on September 30, 2022. However, these two are based on two different South Indian languages, thus, lowering the competition considerably. The movie is directed by Sudheer Varma and the story of the film has been written by Srikanth Vissa. The music of Ravanasura is composed by Harshavardhan Rameshwar. The cast of this movie includes personalities such as: 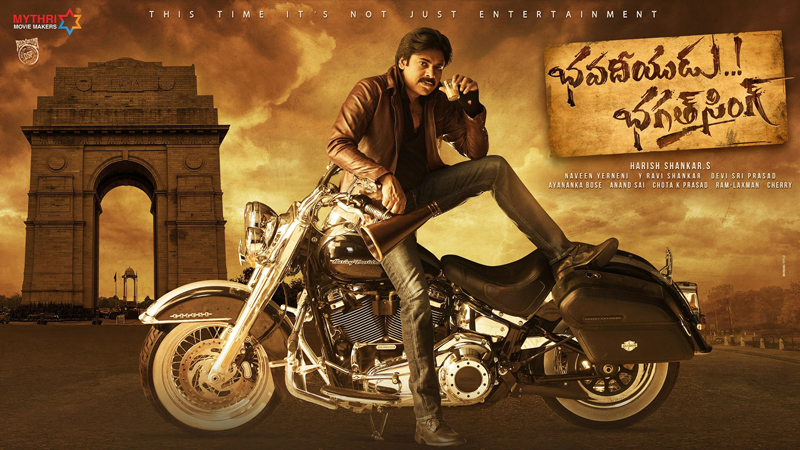 Bhavadeeyudu Bhagat Singh is an upcoming Telugu movie that has been directed by Harish Shankar under the Mythri Movie Makers banner. It is set to release on October 5, 2022, therefore, the ones who are waiting for it still have to wait for more than a month. It is a romantic action movie, harnessing the best of both these genres. The actor in lead is Pawan Kalyan, however, it is not known what role he is playing. The other cast members include Pooja Hegde and Pankaj Tripathi.

The Ghost is an upcoming Telugu movie starring Nagarjuna in the lead role. The other star cast members include Gul Panag and Anikha Surendran. The movie is set to release on the same date as Bhavadeeyudu Bhagat Singh. This indicates a clash between these two movies, which are both to be released in the Telugu film industry. However, the Ghost is expected to do much better than its competitor due to the presence of Nagarjuna. Moreover, the first teaser of the movie titled ‘The Killing Machine’ was released in early July this year that received critical appreciation. As the teaser was released, the makers noted:

“Hold ON to your breath! Presenting the Vicious #KILLINGMACHINE #TheGHOST arrives with breathtaking ACTION in theatres from October 5”

The story and background score of the movie seem promising. Also, Nagarjuna was seen nailing his role in the film. This indicates that even if it does not perform well worldwide or in other regions of India, it will surely do well in the South.

Raangi is one of the upcoming South Indian movies in the Tamil film industry, which has been produced by Allirajah Subaskaran and directed by M. Saravanan under the banner of Lyca Productions. It is to be out in the theatres on October 14, 2022. The lead character in the film is played by Trisha Krishnan. The other cast members are Anaswara Rajan, Waqar Khan, Lizzie Antony, and John Mahendran. The music has been composed by C. Sathya. It is another action drama movie on the list of new upcoming South Indian movies. 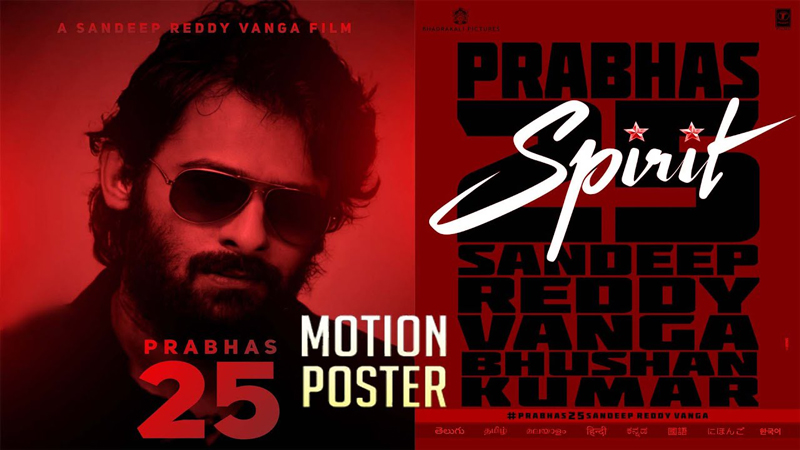 Spirit is a drama-based movie by two major production units, T-Series films and Bhadrakali Pictures in the Telugu film industry. There is a long way before it is released in theatres. It is expected to be out on November 10, 2022. Spirit is produced by Bhushan Kumar and directed by Sandeep Reddy Vanga. The lead role in the movie is played by Prabhas, a South Indian actor known for his work in the Bahubali series. The involvement of the T-series itself indicates that the film is definitely not on a low budget and that it is potent enough to amaze the viewers once it is out.

Godfather is another Telugu movie to be released in the month of November. It is an action political thriller movie and will be released just a day after Spirit, that is, on November 11, 2022, indicating a clash between these two movies, which are the only ones to release in South India in that month. The film is produced by N. V. Prasad and directed by Mohan Raja. It stars some of the popular faces, including Chiranjeevi, Salman Khan (making his Telugu debut), Satyadev, Nayanthara, Samuthirakani, Gangavva, Sunil, and Brahmaji. 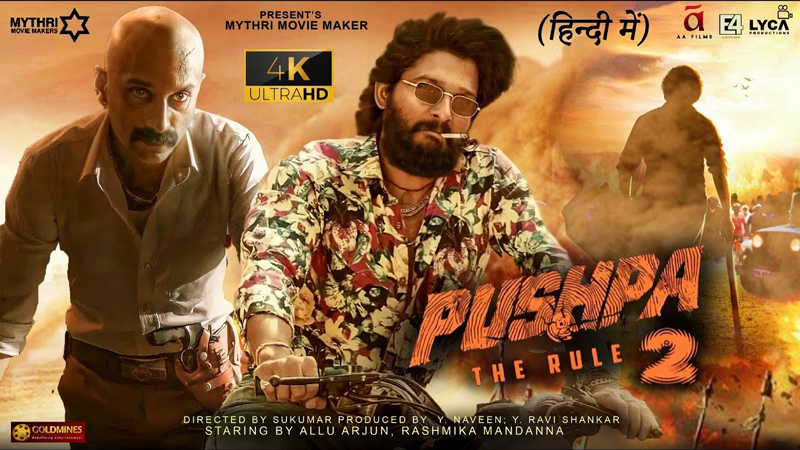 Pushpa 2: The Rule is a sequel to the 2021 South Indian movie Pushpa: The Rise, which was immensely loved by the public. It is set to release on December 16, 2022. The upcoming South India movies 2022 list would be incomplete without mentioning it. The prequel closed on a curious note because of which people are going crazy on the news of the second part’s release this year.

The movie will originally be released in Telugu but we are sure that it will indeed be dubbed in other Indian languages thereafter. Therefore, we think that it is one of the upcoming south Hindi dubbed movies one should definitely not miss. Allu Arjun and Rashmika Mandanna are going to reprise their roles as Pushpa and Srivalli, respectively. The other cast members in Pushpa 2: The Rule are Fahadh Faasil (reprising his role as Bhanwar Singh Shekhawat IPS), Rihead Ronni Jr., and Md Ariful Islam.

Adhira is another Telugu movie expected to be out with Pushpa 2: The Rule on December 16, 2022, thus clashing with the sequel of one of the most loved films of last year. The movie has been produced by K Niranjan Reddy and directed by Prasanth Varma under the banner of Primeshow Entertainment. Kalyan Dasari will be seen in the lead role. The film’s music and background score has been composed by K Niranjan Reddy. It would be difficult for the movie to do exceptionally well considering its clash with the Allu Arjun starrer. However, we do think it is one of the upcoming South Indian movies to watch if you are someone who loves action and drama as it hosts a perfect blend of both these genres.

The chart below has summarised the latest South Indian movies’ details.

The South Indian film industry has been flourishing recently, especially the ones made in the Telugu language. The list of upcoming South Indian movies shows a dominance of Telugu movies but we tried to filter the best ones for you. Currently, all of these films are estimated to be released in the theatres only. If in the future they are released on other platforms we would be more than happy to update you about that.

Do check out the listed movies and let us know how did you like them. Moreover, we would also love to welcome your reaction to the trailers of these movies.

Raksha Bandhan First Review: A Brother’s Love For His Sisters