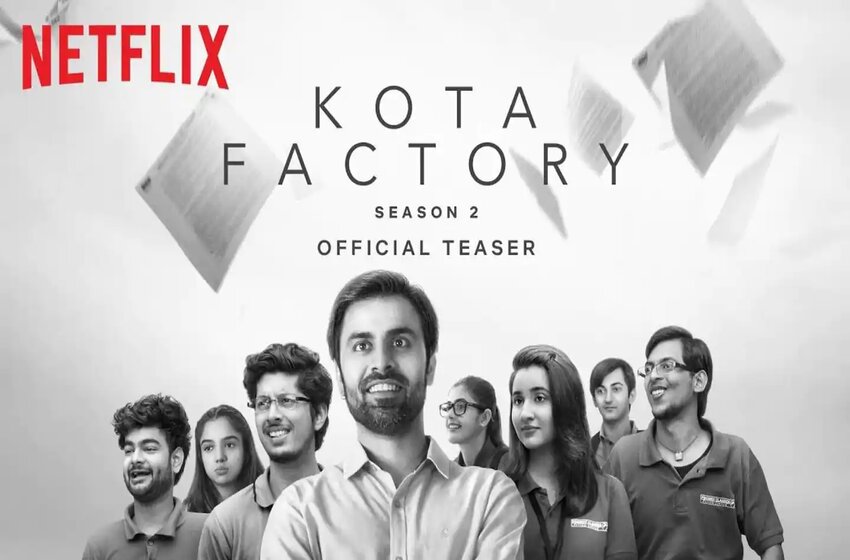 In this prevailing pandemic when the academic system also took a setback and students complete their whole high school without setting a foot in their school, the walking in of Vaibhav (Mayur More) on bright noon at the Maheshwari classes makes us feel that coachings are not that bad now. With this let us begin with The Kota Factory 2 review.

The first episode of the second season begins with Vaibhav getting ready for his new classes at Maheswari and on the contrary, his old friends continue to have their old life at Prodigy. Vaibhav who was seen joining Maheshwari classes, the best coaching center for IIT-JEE preparation in India now seems confused as the teachings there, especially physics, were too complex for him to understand.

In season 1, the series revolves around the race Kota is in to get into IIT. The first season makes the audience remember the dialogue that Jeetu Bhaiya said, “IIT mein Chatur nahi jate, sirf Rancho jate hain,” he had said, referring to the movie 3 Idiots. “Chaturs don’t make it to IIT, only Ranchos do.” But why IIT­? The second season greets us with this question.

The second season is more appealing to the audience as it is more relatable. It has shown failures, success, and the real competition that takes away a lot from the lives of the students. It also had romance, friendships, and connections coming more close. The supporting cast in this series was equally quirky and good.

If you haven’t watched the series, then The Kota Factory 2 review will surely make you watch it. This series is not just about entertainment, it has delved deep into the minds of those students who can never ask themselves the simple question “Why IIT?”

The Last Hour Review: Is It Worth Your Valuable Time?