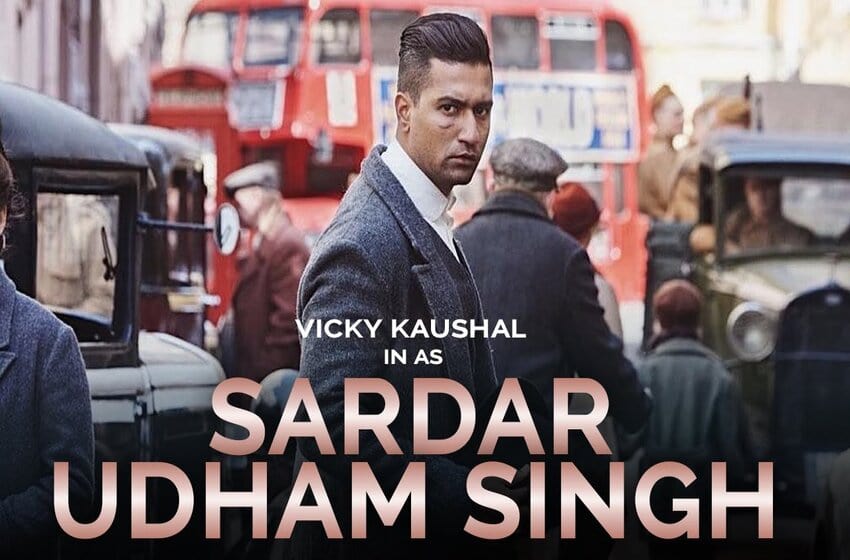 The film also stars Stephen Hogan, Shaun Scott, Kristy Averton, and Banita Sandhu in the leading roles. Amol Parashar will also have a special appearance in this film. Sardar Udham Singh release date has been scheduled for 16 October 2021, on the day of Dussehra. The audience can watch Sardar Udham Singh on Amazon Prime videos. Watch the Sardar Udham Singh trailer now.

They fired nearly 1650 rounds of bullets, but Sardar Udham Singh fired only 6 rounds. But these 6 rounds got stitched in the heart of all the freedom fighters and the generations that followed. His story had to be told. The trailer p[ortrays a glimpse of his life that has been essayed by versatile actor Vicky Kaushal in a never-before-seen avatar. The plot portrays the undying fortitude, bravery, and fearlessness of an unsung hero of this motherland.

The actor will be seen in a completely new avatar in this film. The charming Vicky Kaushal who can also bring out the Maasan in him will now be seen playing a patriotic hero who has been buried under the glorified Indian history.

While promoting the trailer on 30 September, Vicky Kaushal shared some interesting information regarding his character in the film. The actor unveiled that he got 13 stitches on his face due to an accident before the shooting of the film commenced, but that did not affect his look in the film, in fact, it went well with the character. So for that audience, the stitches you see on the actor’s face in the film are real. In an interview, while speaking about the film, the actor said,

“The story of Sardar Udham Singh is one that enthralled and inspired me. It represents strength, pain, passion, extraordinary courage and sacrifice, and many such values that I have tried to do justice through my character in the film. The role called for a lot of physical, and even more mental preparation to get into Udham Singh’s shoes and bring to life the story of a man whose heroism and grit stand unmatched.”

“I look forward to sharing an intriguing page from the history of India’s freedom struggle through this film. This is one story that needs to be shared not only in India but also across the world and I am happy that, with Amazon Prime Video, Sardar Udham will cut through geographies and take a piece of our history across the world.”

Soojit Sircar who is known for making highly acclaimed commercial cinema in Bollywood has yet again proved his worth. His films always dealt with real life crises and happiness mixed with a little tint of sarcasm. While speaking about this film, the director said,

“Sardar Udham to me is not just a film, it is a dream come true. It took years of in-depth research to unearth and share with the world the valiant story of a martyr who sacrificed his life to avenge India’s most dreadful tragedy.”

“The true essence of Udham Singh’s patriotism and bravery lives in the hearts of each and every person in Punjab even today. My aim was to make a film that familiarizes the viewers with Udham Singh’s valor and inspires them. This film is my ode to his lionhearted spirit, his fearlessness, and his sacrifice in the fight for the country’s independence. The entire team is extremely proud to have had an opportunity to work on bringing forward a story of a revolutionary who played a key role in India’s freedom struggle.”

The casting of this film has been done very precisely. The cast includes many international actors to cater to the originality of the characters. Here is the list of the cast of Sardar Udham movie.

1. Is there any movie on Udham Singh?

2. Who is Sardar Udham Singh?

Sardar Udham Singh was a gallant and also a patriotic man who fought courageously and selflessly against the British rule in India.

Is Rashmi Rocket Movie Ready To Break The Bars Easily?