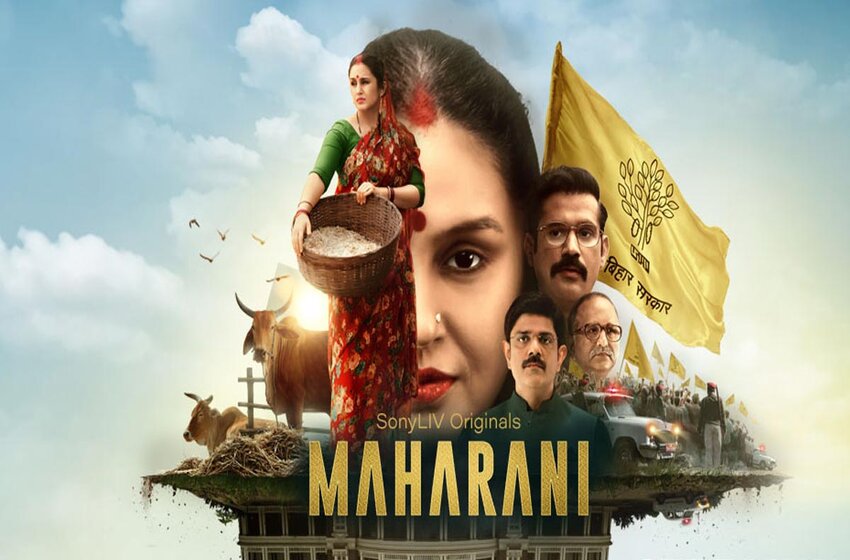 “Bihar is not a state; it’s a state of mind,” this quote attracts us into the trailer even more after all the hype about the web series. The plot revolves around apparently the most dubious and awkward moment for Indian politics. It was in the year 1997, when Bihar headlined all the big newspapers in the country, as one of its biggest scams that involved various political party members that came to the limelight.

Roughly based on the life of Rabri Devi, the Opposition Leader in Bihar Legislative Council, “Maharani” goes out to explore the trials and behaviors of a silent leader in this “political thriller”. However, the questions seem to be the same with real-life stories turned into movies and web series, how real is it?

Huma Qureshi as Rani Bharti appears in saris with a theatrical complexion and has been asked to run the state of Bihar, but she considers that she can turn cow dung faster than she can sign any piece of paper. And she is not wrong. Her filial sequence into politics leads to a country-wide shock, forcing her to dig up what it means to be a woman’s chores.

In this Maharani web series review, it has to be mentioned that being Rani Bharti must have been a piece of cake for Qureshi, considering the seriousness and slick attitude she is always successful in bringing to any dark characters. After her acting in Leila and Zack Snyder’s Army of the Dead, audiences cannot expect anything less from Qureshi.

Maharani series is directed by Karan Sharma and co-produced by Naren Kumar and Dimple Kharbanda, and is a creation of Subhash Kapoor. Maharani Sony Liv series is analyzing the role of women in politics over the authenticity of the true events that took place.

Here is the list of cast of the Maharani Series:

The Maharani Web Series has received an IMDb rating of 8.4/10 and also 327 votes.

Find below all the details of the web series in a gist.