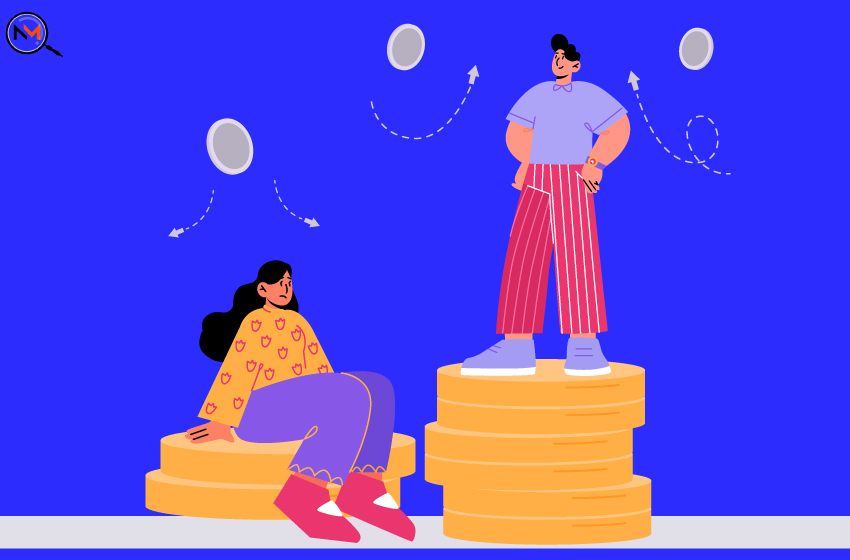 Women have been facing oppression for ages and that hasn’t actually changed to an extent in several Indian cities and provinces. The notion of equal pay and rights is just on paper it seems. This is because the number of women employed in low paid work in the country has not decreased. Instead, the figure has been drastically increasing which is not a good signal for the nation’s progress as a whole. The true potential of women is not being harnessed and the potential reasons for that have been many. Therefore, this article is aimed at answering the questions like: why are women employed in low paid work and why do females get paid less than males.

The need for these queries to arise shows the plight of women in the country. Also, several attempts to make India a better place for its female population have failed. Schemes like Beti Bachao, Beti Padhao have not had much effect, it seems, as Indian women even have to participate in unpaid work. Moreover, it is not just India that has a gender gap in the corporate world, the international world is not behind as statistics (updated in February 2022) by the International Labour Organization (ILO) mention:

“The current global labour force participation rate for women is just under 47%. For men, it’s 72%. That’s a difference of 25 percentage points, with some regions facing a gap of more than 50 percentage points.”

The data shows that when employment is considered even on a global basis, the gender gap prevails. Also, the rural and the lesser developed regions tend to have higher gaps. In an article dated August 25, 1995, which is about 18 years old, Mary Chinery-Hesse, the first female Deputy Director-General of ILO, stated facts that have not changed to date. She said:

"Women's progress in the workforce over the past 10 years has not meant greater access to quality jobs, nor has it brought an end to discrimination. Despite gains in some areas, women earn an average of just two-thirds of men's wages, and they are often denied access to opportunities leading to the best jobs."

ILO, a few years ago, surveyed women around the world and found that many of them wanted to work with a feasible pay while others chose to side with their families. In addition, some even expressed their ambitions of carrying out both these activities simultaneously. The second category is mostly undisturbed by the fact that the statistics of women employed in low paid work have been rising. However, the other two categories have indeed been affected.

Rise Of Statistics On Women Employed In Low Paid Work

Recent reports show that the number of women employed in low paid work is rising, which is not as positive a change as people think. The estimates released by the Centre for Monitoring Indian Economy (CMIE), a private research firm, show that between the years 2017 and 2022, about 21 million women quit their jobs due to lesser opportunities. Mahesh Vyas, the Chief Executive Officer and Managing Director of CMIE commented on the situation saying:

The CMIE data even highlighted that 18.4% of urban women surveyed were willing to work but did not get any job in comparison to 11.5% of rural women who wanted the same. 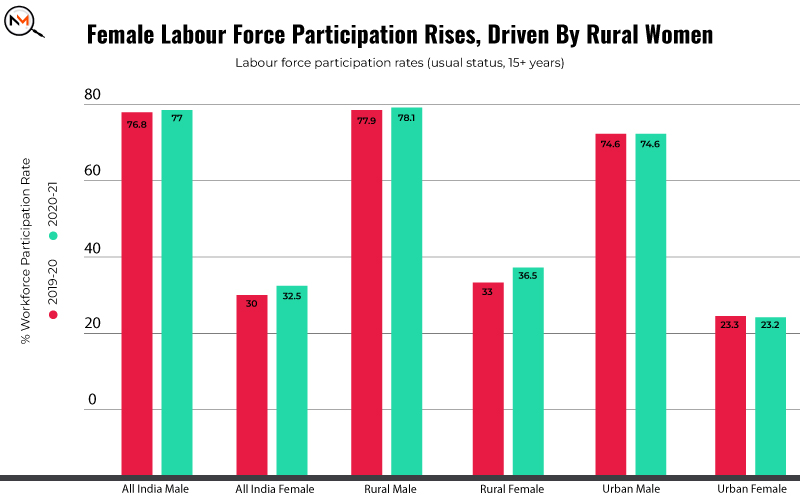 However, according to the PLFS data, the total number of workers in the country increased rapidly. The data was recorded at 539.5 million people, which indicated a hike of 26.2 million workers compared to the 2019-20 period. The breakdown showed that the change comprised about 15.3 million women, which was much higher than the figure of 10.8 million men. The statistics provided here only concern the labour workforce and this shows that women are being employed in such low paid work. The difference between these two figures is due to the distinct definitions of employment for these two organisations. Vyas remarked on the same saying:

“CMIE considers a person to be employed only if she is employed on the day CMIE interviews her while the PLFS considers those who have worked even for an hour in the past seven days as employed.”

In addition, the data by PLFS shows that the increase in labour force participation by women has been 32.5%, which is the highest in the past four years. As the figure increases, women’s work and labour services have also been exploited. Now, let’s dive into the possible reasons for it. This will help in a better understanding of the matter.

Why Are Women Employed In Low Paid Work?

The literacy rate for women in India was 70.3% in the last consensus compared to 84.7% for men. Though the gap has significantly decreased, it does not change the fact that the literacy rate of females is far less than that of men. Therefore, the latter has a higher chance of being employed at a fair pay scale. Also, women in rural regions of the country are not much aware of their rights and are often exploited, which has resulted in them working for a low pay rate. They have even been known to offer unpaid service.

2. Considered To Be Physically Inferior

Why do females get paid less than males even in today’s time? This is because even with changing times, the perception that women are less powerful in physical terms has not changed. People still believe that men are much superior to the significant other gender in terms of physical strength. As a result, women’s work and labour services often go unnoticed. Therefore, they are paid higher when manual work is considered and this is why women are paid less for the same amount of work as employers in this sector often ignore their efforts. In order to earn additional income for the household, several women agree to such dissatisfactory pay terms. However, in the long run, all of them are exploited, even the ones who tried to raise their voice. This is just because of some of them who surrendered to such malpractices.

3. Responsibility For Looking After Family

Women in the country are expected to look after their families no matter what happens and this is one of the main reasons they are either unemployed or work for low wages. They have been taught to complete household chores and then only think about venturing outside. Therefore, most of them go for part-time low paid jobs as they are not able to give that much time to their career or work opportunities. Also, once they give birth to children, there is an added responsibility, which deters them from pursuing their dream jobs or even working at a better pay scale. They often depend on their husband’s income and have no say in the financial matters of the household.

This point is dedicated to the query of why are rural women employed in low paid jobs. In rural areas, women have fairly lesser opportunities to work in sectors that offer better pay as they prefer them to be highly educated. Therefore, they end up joining the manual force, which requires them to work for hours and exert themselves and is a low-paid employment option. In addition, even though the Equal Remuneration Act of 1976 has been in motion, employers often refrain from paying employee benefits to women working in their companies. Moreover, they even tend to lower the salary package bracket that they were earlier ready to provide, thus lowering earning opportunities for women.

The Covid-19 pandemic hit us back in 2019 but has had effects that have been lasting even today. It even led to a recession in the entire world due to the various restrictions that had been imposed. The complete corporate sector had to be revolutionised in order to survive the atrocities of this global concern. The economic downturn induced by the pandemic worsened the situation as several employees were fired from their jobs, including women, compelling them to go for options that paid fairly less.

Since there are no significant signs of progressiveness, we chose to wrap the article with a regressive closure. But with an optimistic view that the situation for women in our country will change. We hope that the existing and upcoming government initiatives for women in the nation prove to be fruitful and that the number of women employed in low paid work minimises as they get access to further and better opportunities to harness their skills. Also, we expect that they would be educated about their rights and they do not compromise their equal pay rights, which is the backbone of such a change in the country.

Women In Business: Common Stereotypes That Need To Stop Now