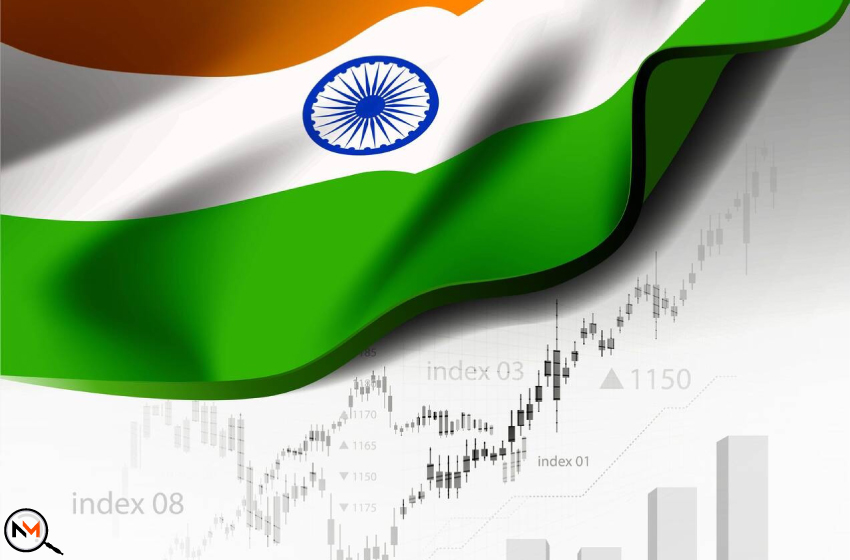 The Indian economy is trying hard to rebound from the atrocities of the Covid-19 pandemic. However, being a third-world nation and the second-largest country by population, it faced many obstacles in its efforts to recover from the situation.

Q1 Results Of The Indian Economy

The fiscal deficit of the Indian government for the first quarter ended June 30, 2022, was 21.2% of the year’s estimate of INR 16.6 trillion. The deficit was much less than the expected figure since the country collected higher taxes and spent low on subsidies.

Last year’s deficit for the same period was 18.2% of the FY22 estimate of INR 15.07 trillion. The central government said that it is going to stick to the current year’s fiscal target of 6.4% of FY23 GDP. The continued recovery of the Indian economy and better compliance with the GST tax payments caused the net tax revenue of the country to amount to INR 5.06 trillion in the first quarter. This was 26.1% of the FY23 budget estimates compared to 26.7% in 2022.

The Q1 results of India highlighted that the government expenditure on subsidies was lowered by a substantial amount in the quarter. It was spent mainly on food and fertilisers and the expenditure on subsidies amounted to INR 68 billion (68,000 crores), much lesser than the previous year’s figure of INR 1 trillion. India’s total expenditure in the first quarter was INR 9.48 trillion which is about 24% of the year’s budget of INR 39.4 trillion.

India’s Q1 results show that 23.4% of its capital expenditure estimate of INR 7.5 trillion had been achieved. It amounted to INR 1.75 trillion as against the 2022 figure of INR 1.11 trillion. On the economic side, we saw that the country’s eight core infrastructure sectors saw a growth in double digits for the quarter. The core sector data showed varied growth with a stagnant 0.6% for crude oil and a huge 31.2% for coal. India’s Q1 results show that the steel and natural have sectors showed a double growth of imports growing about 47.4% to INR 187 billion.

As RBI, the central bank of India tried to protect the rupee from volatility, the country’s foreign exchange reserve decreased from $606 billion in early April 2022 to $571.56 billion in late July. The quarter recorded the lowest RBI surplus transfer led, which led to a lowering of non-tax revenue in Q1 by about 50%. This then led to a mere growth of 5% in the revenue receipts of the quarter. The Indian economic recovery was hence hindered considerably.

However, it is expected that the stringent tax collection practices would help the country to set off the subsidy expenditure and revenue loss due to the excise duty cuts. Therefore, experts feel that the Indian economy will meet its FY22 budget target easily.