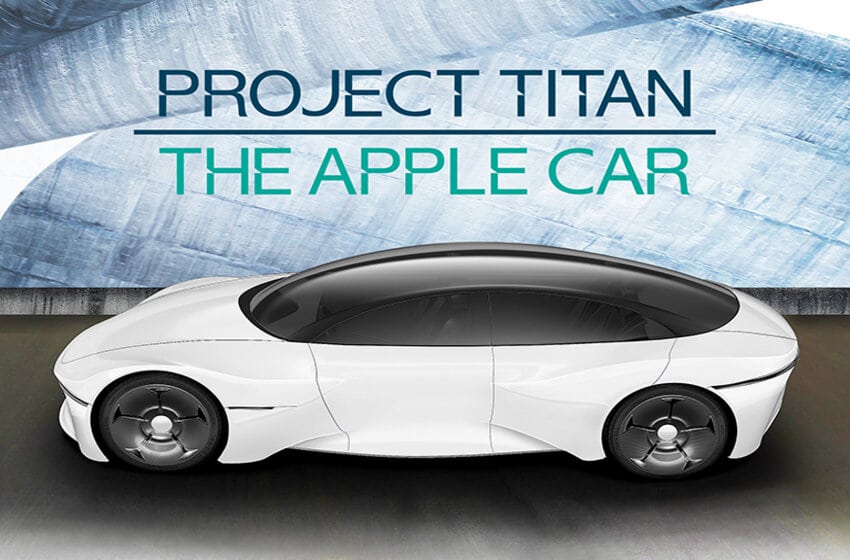 In 2014, Apple Inc. started to work on “Project Titan” with a man force of 1000 car experts and engineers employed in developing an electric vehicle at a secret location that is set near the company’s headquarters at Cupertino. Let us know more about the Apple project Titan.

Over the last few years, leadership issues, internal strife, and other problems influenced the car project, and some rumors of 2016 even implied that the Apple project Titan canceled due to the above mentioned reasons. But information from the recent source has implied that the project has resumed again and had plans to develop an autonomous vehicle that aimed at facing the consumers.

The Apple car project has witnessed various changes in the leadership and many employees have been laid off during the development tenure. But currently under the leadership of John Giannandrea, Apple’s machine learning chief and AI who took over the responsibilities from Bob Mansfield retired last year.

In December 2020, it was assumed that Apple was still working to launch their car and currently the Apple car release date has been scheduled in 3 years. According to a report by a news agency, Apple is aiming to release its car in 2024, Ming-Chi Kuo, who is an analyst at Apple Inc. believes that the release won’t happen before 2025 to 2027 at the earliest.

One of the reasons for the development setback can be that in the first half of 2021, Apple lost many of its top managers for the team that dealt with self-driving cars.

Apple CEO, Tim Cook in June 2017 spoke about the work of Apple on their autonomous driving software, by confirming the work of the company in a rare candid moment. He said,

“We're focusing on autonomous systems. It's a core technology that we view as very important. We sort of seeing it as the mother of all AI projects. It's probably one of the most difficult AI projects actually to work on."

Over the last few years, there has been a lot of turbulence on the Apple project Titan. Initially, it was heard that Apple would be creating a full car, but due to leadership issues, internal strife the project was stopped in the middle. From 2019 it was heard that the project has once again resumed and later rumors from 2020 asserted that Apple is still working on the manufacturing of their full branded car for consumers and also that the Apple car partnership was aimed with an existing car manufacturer.

Along with that Apple is also formulating a new design battery that has the power to “radically” decrease the cost of the batteries and increase the range of the vehicles.

Apple is formulating a design known as the “mono cell” that is aimed to bulk up the individual battery cells and increase the space inside the battery pack by eliminating modules and pouches that hold all the materials of the battery. This will allow more active equipment to fit in a smaller package. The new technology of the battery has been described as “next level” and is similar to “the first time you saw the iPhone.”

At the beginning of 2021, there were multiple rumors that suggested that Apple came into negotiations with renowned automotive and vehicle suppliers for the equipment of an upcoming vehicle related product and it was also said that Apple was planning to establish a factory in the United States.

It was also heard that Apple was planning to establish its partnership with Hyundai for the Apple car manufacturing, with the plan to transit its Apple project Titan development to its Kia brand as a part of an organization that could witness the production taking place in the United States.

Rumors are all over. This was even heard from rumors that under the partnership of Hyundai, the design in charge would be Hyundai Mobis. They will also be charged for the production of some components of the Apple car. Along with that, Kia, which is a Hyundai group affiliate, would extend the U.S production line for Apple iCar.

Suppliers For The Sensors Of Apple Project Titan

Apple is having a conversation with various manufacturers of LiDAR sensors to establish a sensor supplier with Apple. They are looking for sensors that will be “cutting edge” five to six years in the future.

LiDAR sensor is formulated to let the Apple car map and detect its surroundings. Apple is examining LiDAR setup in an SUV vehicle of Lixus that they were driving in California.

Except for sensor hardware, Apple is ready with all necessary software, AI algorithms, and processing hardware for an autonomous car.

Apple initiated a team of 200 employees who were working on the Apple car but the Apple project Titan job spread around 1000 employees by the end of 2015. They were employees from the automotive industry and other car related sectors. It is expected that if everything remains in its place then the world of automobiles is going to experience the first electric vehicle from Apple Inc.