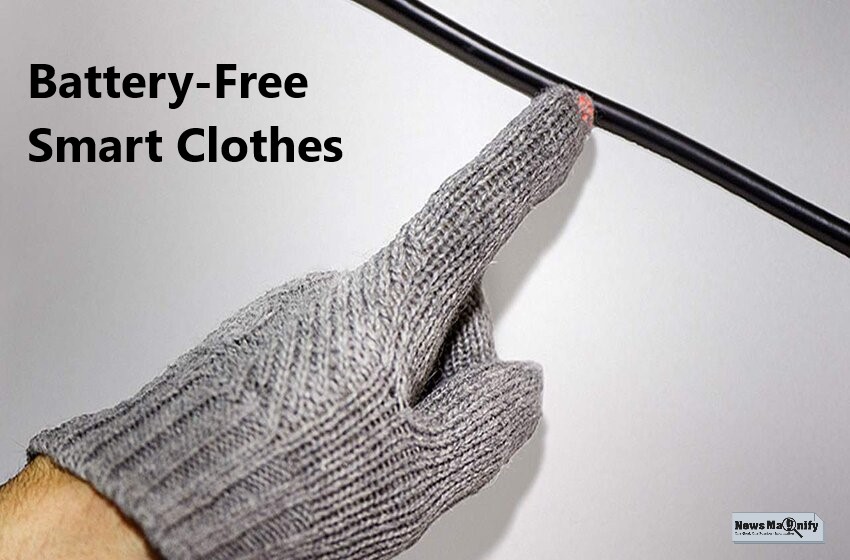 Now it is time to forget about your Fitbit and other devices that are wearable. Engineers are now formulating smart clothes that can monitor your health. A new spray/sewing method has been developed by the engineers of Purdue University in Indiana that is set to alter traditional cloth garments into battery free smart clothes that can even be cleaned in the washing machine. Through a flexible silk based coil that is sewn on the textile, these clothes will be operating on Wi-Fi. This is exactly the smart wearable definition.

According to a press release sent by the university, everybody will be using smart clothes in the coming future and they will replace the conventional fabric garments. It also mentioned,

"Thanks to their miniaturized electronic circuits and sensors, which will allow you to seamlessly communicate with your phone, computer, car, and other machines".

Adding to that, smart clothing will have wearable body sensors that can check your health status, make your movement more productive, and can even make a call for you in case of an accident. The press release further said,

“By spray-coating smart clothes with highly hydrophobic molecules, we are able to render them repellent to water, oil and mud," explained Ramses Martinez, an assistant professor in Purdue's School of Industrial Engineering. "These smart clothes are almost impossible to stain and can be used underwater and washed in conventional washing machines without damaging the electronic components sewn on their surface."

Purdue’s battery free smart clothes are as breathable and flexible as any normal cotton t-shirts and derive the power by harvesting energy from radio waves and Wi-Fi that is available in the surrounding environment. This new technology can be produced on a large scale in the traditional sewing factories itself which implies that their technique can escalate the sale and development of wearable technology.

“Such wearable devices, powered by ubiquitous Wi-Fi signals, will make us not only think of clothing as just a garment that keeps us warm but also as wearable tools designed to help us in our daily life, monitor our health and protect us from accidents."

"I envision smart clothes will be able to transmit information about the posture and motion of the wearer to mobile apps, allowing machines to understand human intent without the need of other interfaces, expanding the way we communicate, interact with devices, and play video games."

To prove the technical concept, Martinez and his colleagues formulated certain wearable technology examples. The first is a glove that doubles as a voltage sensor that is non contact. The second prototype adds sweatbands with cardiac monitoring that enables a fit and clean health monitor.

The primary part that acts as the appeal of this device is its lack of bulky batteries. Instead of that, they harvest energy from Wi-Fi and radio waves as mentioned before. With that, the human body sensor devices that are incorporated in it start to act. This technology is also known as body sensor clothing technology.

Even after all the technology dealing with wireless body sensors, it is claimed that the washable wearables match with their less efficient counterparts in the comfort stake. According to Martinez,

"Thanks to their ultra-thin coating our smart clothes remain as flexible, stretchable, and breathable as conventional cotton T-shirts."

The world is slowly changing towards becoming digitally smart. From the Apple watch to smart glasses and of course smartphones we are slowly getting used to only devices that do our work. So to cater to that requirement now there came body sensor android clothing that is known as battery free smart clothes. We hope to get more surprises with development in technology.