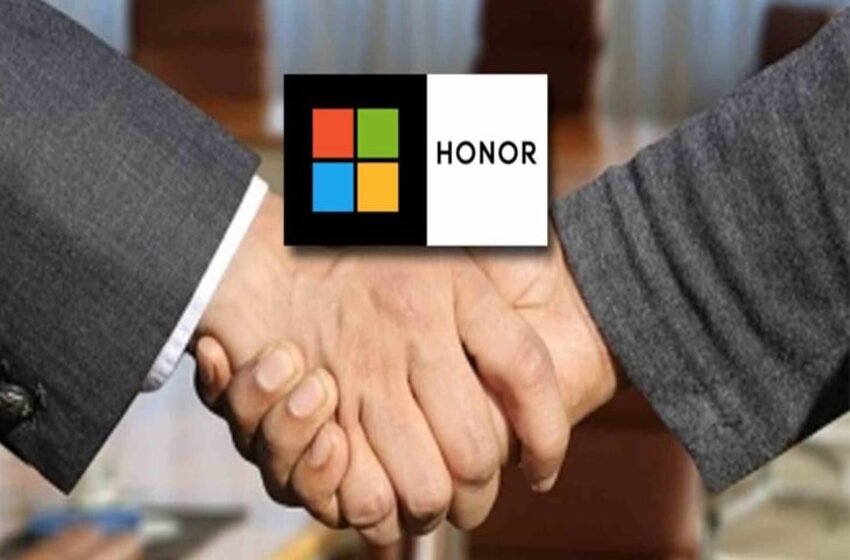 The American computer software company Microsoft partners with Honor, a very prominent Chinese budget phone maker company that Huawei Technologies earlier owned. Their goal is to manufacture a couple of “ground-breaking” AI devices. As per the mobile company Honor, the current move will back its 1+8+N goal strategy that each of its devices is a component of a humongous ecosystem.

Honor has revealed this collaboration on its official Twitter account. It seems that the company is looking forward to taking assistance for its other existing products as well like mobile phones, tablets, earbuds, watches, smart screens, and several other gadgets.

Microsoft’s Resources To Be Put In Use

As Microsoft partners with Honor, the latter will leverage the cloud computing technologies of Microsoft, including personal and mobile computing, in all of its upcoming products. As Honor lacks adequate funds for its latest Research and Development, Microsoft comes forward to provide its assistance to create some world-class AI products. It is also heard that Honor will be applying the AI translation and AI speech technologies focused on Microsoft Azure.

However, this is not the very first time that Microsoft has partnered with a company for innovative solutions. As we go back a few more months, there has been very prominent news on Microsoft’s partnership with Morgan Stanley. That partnership had been carried forward in the bid to boost the modernization of the IT ambience. Similar to the last collaboration, the end result of the new alliance is highly expected to make the customer’s experience a lot smarter.

George Zhao, Honor’s CEO, has stated in a statement,

“We plan to work with global supply chain partners to create a world-class product experience.”

“The main goal of this intensifying and broadening strategic partnership with Honor is to speed up the integrated advancement of software and hardware intelligence to deliver satisfactory experiences to target consumers, and to help put born-in-Asia innovations to the modern age by utilising Microsoft Azure,” stated “CEO of Microsoft GCR.

The CEO is hopeful that the current partnership, as Honor announces strategic partnership, will be very successful and that it will create an interconnection for people worldwide.

MagicBook V14: The New Launch After Microsoft Partners With Honor

Windows 10 has been widely used by people worldwide. This is time for the introduction of all-new Windows 11 that will be implemented for the first time in MagicBook V14 laptops. This is the first laptop to be brought in the market as Microsoft partners with Honor.

The MagicBook V14 will be the first in Honor’s V series laptops to be released very soon in the market. The complete specifications of the new laptop variant are yet to be revealed. However, only one piece of information so far has been confirmed that the laptop will come with a 14-inch display. Some of the strong rumors floating in the market also suggest that there might be two 5 megapixel cameras both in front and back, which is definitely a new thing in laptops.

As of the time of writing of the news, no further information on the first device has come into notice. So, we all have to wait till any information surfaces in the news. The official reveal is expected on the 26th of September 2021 in the “Smart Life Product Launch” event hosted by Honor, after which the official release of the Windows 11 is expected.

The assumption goes that Honor World will be divulging even more details in their official announcement of the “strategic collaboration” as the details of the partnership are yet not in full.

What Are The 2 Best Fall Detection Watches?