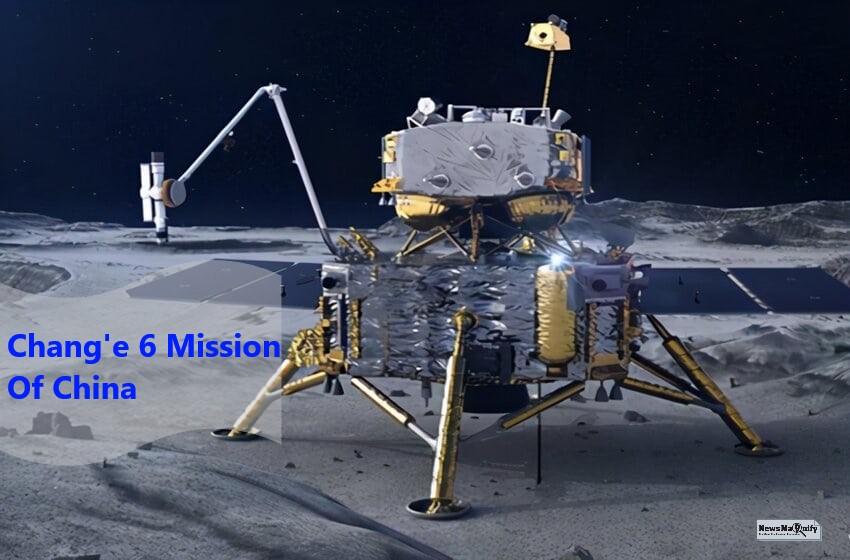 China is planning and preparing to follow up on its Chang’e 5 mission of the return of the lunar sample by sending a spacecraft that is similar to assemble materials from the South Pole Aitken (SPA) basin on the distant side of the moon. China launched Chang’e 5 in last year’s November and recovered a return capsule 23 days later that has samples of the youngest lunar rock that has been collected so far. The backup of that mission, the Chang’e 6 mission, is being prepared currently. This mission is designed to collect even more challenging samples on the distant side of the moon in 2024.

The Chinese Lunar Exploration Program, Chang’e 6 mission is to be conducted in 4 phases of incremental advancement in technology. The first was reaching the lunar orbit that was accomplished by Chang’e 1 in 2007 and Chang’e 2 in 20110. The second landing on the moon was done by Chang’e 3 in 2013 and Chang’e 4 in 2019. The third experiment is the collection of lunar samples from the distant parts of the moon and sending them to Earth. This was completed by Chang’e 5 in 2020 and now they are planning for Chang’e 6 mission. Phase 4 consists of the development of a robotic station for research near the South pole of the Moon. This mission aims to extend a crewed lunar landing in the 2030s and possibly construct an outpost near the south pole of the Moon.

Chang’e 6 was constructed as the backup of Chang’e 5. It is reported that the mission will consist of 4 modules where the lander is scheduled to collect 2 kg of samples from 2 meters below the surface and then place them in an ascent vehicle that is attached to get launched into lunar orbit. The vehicle will then make an automatic rendezvous and dock with an orbiter that will shift the samples into a “sample return capsule” for its delivery to Earth.

Similarly, Chang’e 7 is constructed. The Chang’e 7 mission will have an orbiter and also a lander which will expand both a mini flying probe and a lunar rover.

The Science Payloads Of Chang’e 6

In October 2018, Chinese officials affirmed that they are set to call for international partners to propose for an additional payload up to 10 kgs that need to be included in the mission. The spacecraft is designed to carry a French instrument called DORN (Detection of Outgassing Radon) to evaluate the movement of lunar dust and other fluctuations between the lunar exosphere and the lunar regolith along with the water cycle.

The National Institute of Nuclear Physics (INFN) in Italy will provide China with a laser retroreflector, which is an instrument that is used to bounce light back to its source. This will allow the scientist to measure the time taken for the entire journey and then convert the data into an accurate distance. The Apollo 11, 14, and 15 missions all carried these light bouncing reflectors.

The rest of the contributors have been selected preliminarily from Sweden and Russia. The joint China-Russia instrument is set to investigate the power presence of surface water ice while the contributions from Sweden will focus on the detection of negative ions.

The Chang’e 6 mission set by China aims to relay their satellite beyond the moon to communicate with the planet as the distant side of the moon never faces the Earth. This mission is set to be launched in 2024.

Why Is The Mars Escapade Mission Important For NASA?