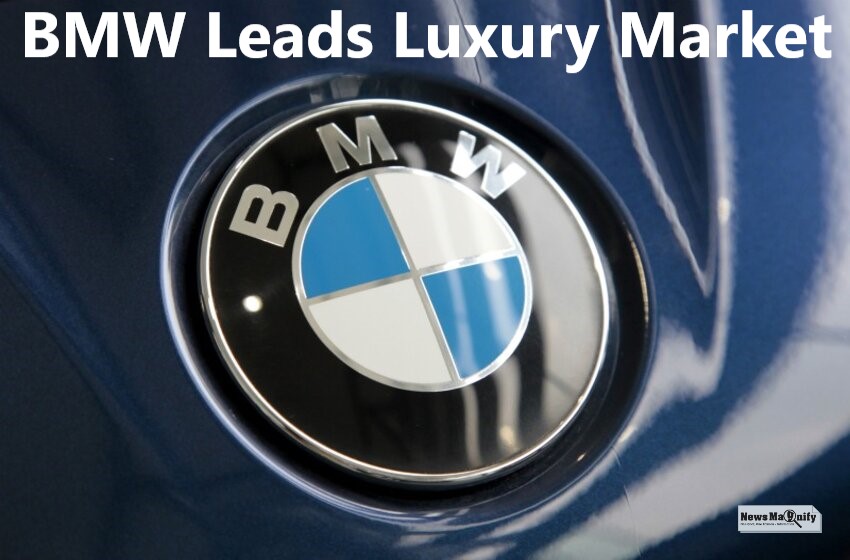 BMW leads luxury market to a next level as BMW AG’s U.S sales blew away its competitors in the second quarter as this luxury car manufacturer did a great job of stocking many dealerships with new automobiles despite the shortage of global semiconductors.

BMW leads luxury market by increasing the demand from pandemic stricken drivers as there has been a shortage of semiconductors worldwide which limits the supply. The company is doing a great job in handling its stash of semiconductors, which is required from braking systems to radios. This is allowing BMW lead luxury market of cars better than its rival in the same arena. According to Marc Cohen who is a dealer of BMW along with Jaguar, Land Rover, Porsche, Audi, Mini, Cadillac, and Acura,

“Even though production is limited or lower, it’s not coming to a halt like some of these other brands.”

“SUVs from BMW’s assembly plant in Spartanburg, South Carolina, take about six to eight weeks to arrive, quicker than the three-month wait for cars coming from Germany.”

While BMW’s production increased in the second quarter implies an influx of chips, it didn’t state details of its management of supply-chain strategy. This is a sharp comparison from a year ago, when BMW’s biggest plant worldwide, that is its Spartanburg plant, was slowed down for weeks due to their shortage of parts. The X3 compact crossover, which was produced there, was its top seller in that quarter, fueling an increase of 125% to 21,285 units sold. Sales of the X5 SUV increased by 94% year-over-year, and the 3 Series sedan boosted sales by 86%.

From the time when X5 was introduced nearly 20 years ago, two of every three vehicles that were produced were exported to customers outside the U.S. When talking about the Spartanburg-built X3, X4, X5, and X6 altogether, more than 70% of the yearly production is shipped to export markets. So let us see how X5 is shaping the luxury car market 2021.

The X5 SUV is BMW’s one of the top-selling models in the U.S. as well, boosting enough growth in Spartanburg to make it the largest plant of BMW in the world. Overall, the X5 totals for more than half of the 4.4 million vehicles that have been produced at Spartanburg since its beginning. Demand for X models is expected to increase globally, and officials assert Spartanburg’s output will ultimately reach the plant’s annual capacity of 450,000 units.

When Plant Spartanburg began in 1994, it employed no more than 500 people, compared with 10,000 people today and another 1,000 employees expected to join the team by the end of 2021. BMW’s materials and parts purchases for production estimated nearly $6 billion in the U.S. last year, which is coming from more than 300 American supplier companies.

BMW X5 manufacturing begins later this summer. In the meantime, new employees will go to a dual training program that will use classroom learning and firsthand experiences.

In this luxury car market segmentation, we will compare several luxury cars to BMW and will see the proportion with which BMW leads luxury market.

“We should have an OK July, but it depends -- if we have a great July, we might have a terrible August, and not because the buyers aren’t there.”

From the current report and analysis, it is evident that BMW leads luxury market for cars swiftly for the last several quarters. It has occupied a good position in the luxury car market share 2021 and is expected to continue holding that position.