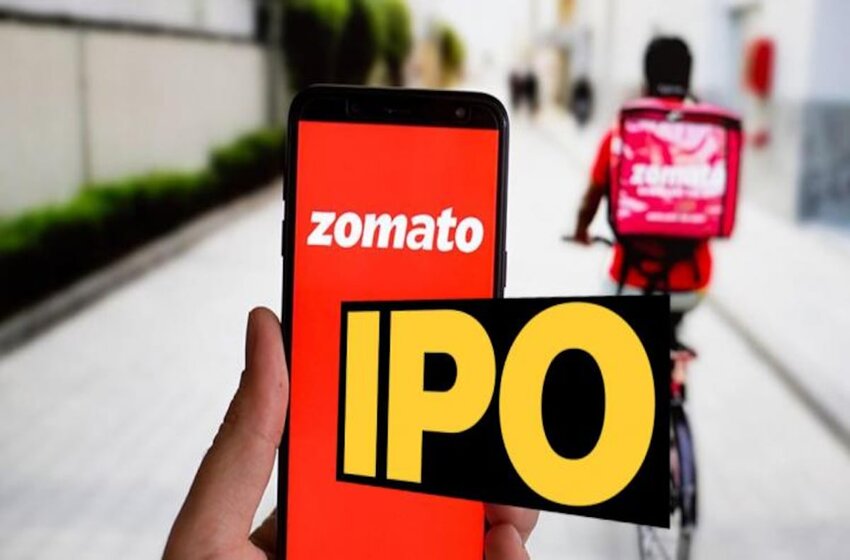 Zomato, the leading food delivery company of India made an exceptional debut on Dalal Street on 23rd July 2021 as the Zomato IPO stocks opened at Rs 116 on the NSE which is a 52.63% premium to its final offer value of Rs 76. The listing price at BSE (Bombay Stock Exchange) was at Rs 115 which was an increase of 51.32%.

According to a Research Analyst,

"The response from institutional investors has been strong. This suggests that the overall float available for trading might be limited leading to a higher GMP. We issued a *Subscribe with Caution* rating for this IPO, keeping in mind the long investment horizon required for high-growth companies that are currently loss-making."

"For retail investors who have the capacity to hold for a long term, we would recommend they hold on to their investment. While investors with shorter time constraints can sell if they see listing gains. Our outlook for Zomato is positive in the long run."

Shares Of Zomato IPO Increases By 80%

Nearly 30 Indian companies have plans to list their company shares by 2021, with the startups captivating billions of dollars in the investment niches even though many are yet to earn profit. Zomato, which is a subsidiary of the Chinese tycoon Jack Ma’s Ant Group and Uber as its shareholders, controls India’s leading application based food delivery arena along with its rival Swiggy.

Its shares initiated at Rs 115 on the Sensex Index of BSE which is higher by 51% compared to the price of its issue after the Zomato IPO was signed up 40.38 times during the end of last week.

The stock then boosted up by 80% in the 10 minutes of its opening, taking the market capitalization of Zomato above the rupee mark of 1 trillion. The economy of India has taken a downturn during the pandemic, assessing its worst annual recession since 1947. But the startup sector of India has been a rare vibrant spot. This year alone, nearly 20 unicorn firms whose value is more than $1 billion have been built which includes half a dozen in just 4 days in April.

This year is considered to be the best for India’s IPOs. Others on the list include digital payment company Paytm, which is backed up by Japan’s SoftBank and Ma. Many startups though are going in losses, Zomato for example which is presently functional in 525 Indian cities is yet to receive profits and has been reported to face a loss of 8.16 billion rupees in the financial year ending in March 2021.

According to the Chief Executive o0f Zomato, Deepinder Goyal,

“We are going to relentlessly focus on 10 years out and beyond, and are not going to alter our course for short-term profits at the cost of long-term success of the company.”

Among the exceptional debuts of Zomato in the public market, the one investor who is looking the smartest is Uber. The transportation giant Uber has killed two birds in one shot, as it has not only booked its profits in the financial year 2020 through the sale of its food delivery chain in India- Uber Eats to Zomato, but now is enjoying the lucrative returns without the need to burn cash in the fighting competition.

Uber has earned 5.60X or 560% returns on its investments in Zomato as the food delivery app of the country that ended on day 1 with a market capitalization of Rs 98, 849 crores with the stocks up by 65% at Rs 126 against an issue price of Rs 76.

What Rakesh Jhunjhunwala Has To Say About The Latest Zomato IPO?

The sensational debut of Zomato IPO received a royal snub from India’s ace and smartest advisor, Rakesh Jhunjhunwala. The food delivery startup that was running in loss ended Day 1 which was 23 July 2021, with a market capitalization of nearly $1 trillion with the stocks up by 65% at Rs 126 against an issue price of Rs 76. Rakesh Jhunjhunwala asserted,

“I have learned two important lessons [in investing]. The first lesson is what I buy is very, very important and [second] at what price I buy is most important. Good luck to Zomato. Let Zomato be worth ₹99,000 crores and Tesla be $600 billion or $6 trillion. I am not going to buy these stocks at this valuation.”

Rakesh Jhunjhunwala who runs the private asset and equity assessment firm known as Rare Enterprises said that the issue with technology space is always the increased hype revolving around the rate of change.

“Changes come but at a much slower than anticipated pace.”

Revealing that one third of his investments are presently in unlisted companies, he said that he does love the attitude of young entrepreneurs and find their devotion and speed great, adding to that what is required by the company is frugality, opportunity, technology, the ability to change, and corporate governance. However he justified his vision by saying,

"The race is not ending tomorrow and I have learned that it’s always the tortoise who is going to win the race.”

TV Mohandas Pai On The Change In India’s IPO Sector

The financial market of India is enjoying a tailwind. In the first half of the year, nearly 22 companies raised above Rs 26,000 crore through primary floats. Then came Zomato and its remarkable listing. In an interview when TV Mohandas Pai who is the Chairman of Aarin Capital Partners and a former board member of Infosys was asked about the high valuation of tech startups, he said,

“These discussions will always be trending. Look, it’s up to the investors. If a buyer or investor wishes to purchase a stock or invest in the open market at a certain value, that’s up to him. The market will go through various levels. Sometimes price goes ahead of value creation and sometimes it occurs the other way around. In the digital world, shifts are frequent. These are cyclical.”

“The main thing is the growth of these firms. Are they going to grow quicker than the economy? The answer is yes. The companies should just work to build a high valuation egged on by the increase of capital, as the economy is altering rapidly and becoming digital.”

In its debut, the Zomato IPO has seen fantastic success and has set the example for all other startups. Seeing the growing success of Zomato many other startups have started to list themselves in the IPOs. This company which was running in loss is now having a market capitalization of nearly $1 trillion.

The stock price of the online food delivery platform is now up by 95% from its IPO price of Rs 76 per share. UBS Securities has started a buy rating to the stock with a 12-month predicted price of Rs 165 per share.

2. When did the Zomato IPO start?

3. How do I buy zomato IPO shares?

You can buy them from Zomato IPO Zerodha, Upstox, or any other trading platform. First, download the Paytm app then login with your Paytm credentials, then select the Zomato IPO option and fill in your investor details, then insert the size of your lot, and then finally accept the authorization on the BHIM portal.

How To Buy IPO Through Various Investing Platforms?