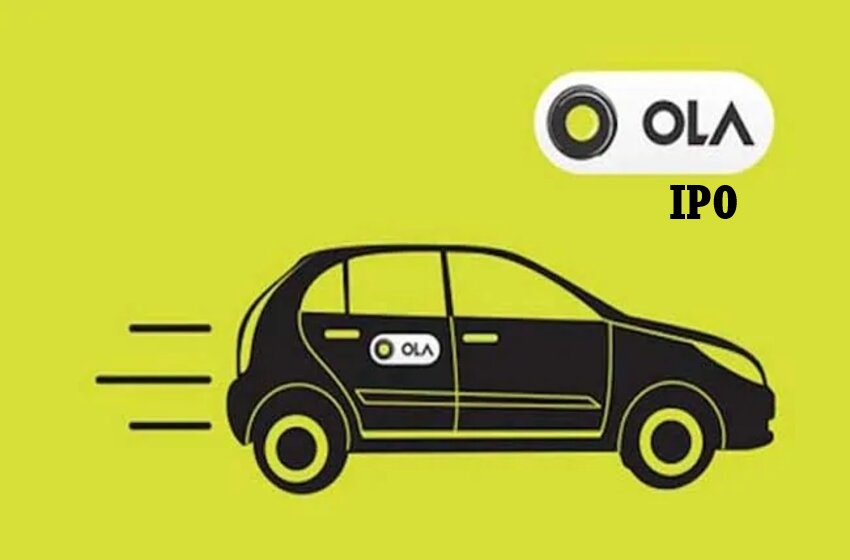 The ride-hailing firm of India, Ola plans to go public in 2022, the final date of the Ola IPO has not been decided yet, so the Ola IPO launch date is not yet decided as well. But the company is looking forward to raising a huge sum. The Ola IPO valuation is predicted to be $1.5 to $2 billion. Let us have a look at the important news on Ola IPO 2021.

Group CEO and Chairman Bhavish Aggarwal said in an interview. He also asserted that both Ola and Ola electric, which is the electric car wing of Ola, has a strong balance sheet and enough capital.  Bhavish further said that,

“We have not publicly announced any IPO plans as of now.”

“But, both companies in due course will go public. Ola will obviously go public sooner, it’s a more mature business — sometime next year, but we don’t have any final, final date to share with everybody.”

Last month, Ola made an announcement that Plum Wood Investment, which is an affiliate of Warburg Pincus, a global private equity firm, and Temasek, a Singapore based investor had plans to invest $500 million into its Ola IPO (initial public offerings).

But Ola, which is also supported by the SoftBank Group of Japan, did not disclose the Ola IPO date in India.

As per reports by the Indian media, a group of existing Ola investors, including Tiger Global which is an investment firm, sold all of their shares to Temasek and Warburg Pincus. This month the anti-monopoly watchdog of India said that those transactions were approved. According to Aggarwal,

“Our investors are very, very strongly backing us in our journey. They’re very happy with the progress our businesses are making. And they continue to be very excited about our vision and our progress towards that vision.”

Most of the operations of Ola take place in India, but the ride hailing services of the company are also available in the UK, New Zealand, and Australia.

Through Ola Electric, this company is making avenues for the push of India for vehicles that are powered by batteries.

On Sunday, Ola Electric launched two electric scooters that were reported to be on sale from September. According to Aggarwal’s interview, Ola has plans to launch more electric motorcycles and an electric car in the upcoming few years.

Ola IPO Details: What Do We Know So Far?

“With strong recovery post lockdown and a shift in consumer preference away from public transportation, we are well-positioned to capitalize on the various urban mobility needs of our customers.”

Ola that was founded in 2011 by Ankit Bhati and Bhavish Aggarwal, provides services in India, New Zealand, Australia, and the UK. It is predicted to have raised more than USD 4 billion in funding as of now. It has plans for the Ola IPO in 2022 whose dates are not yet declared.

How To Buy IPO Through Various Investing Platforms?

All Important Dates And Prices Of The Zomato IPO 2021