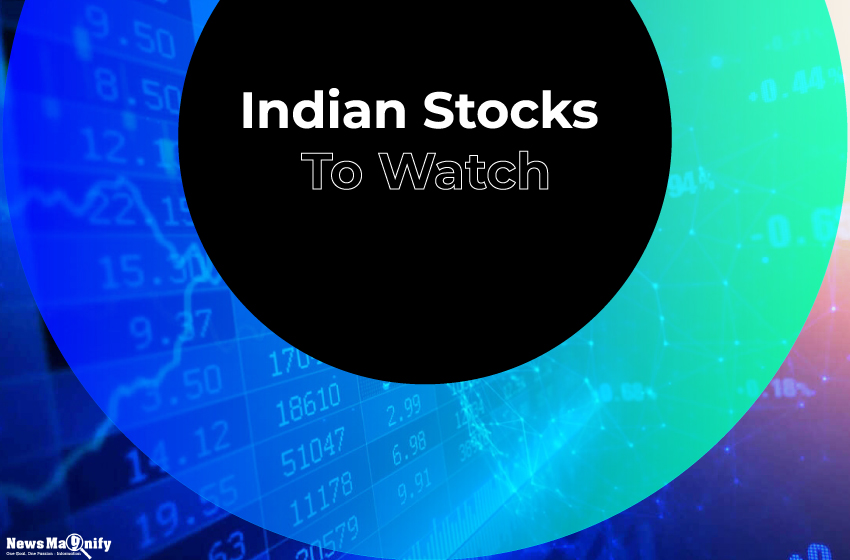 The Indian earnings season is inching close, therefore, the corporate sector is set to bombard us with developments, updates, and other news. The  Indian stock market indices are also frequently fluctuating between the red and green sessions recently. Therefore, it has worried investors to an extent since the market conditions are extremely unpredictable. Furthermore, the market had experienced repeated crash sessions influenced by the Russia-Ukraine war that took a toll on the world economy. This increases the need for positive Indian stock news or updates in the domain. This is why we are bringing you the 3 major Indian stocks to watch now if you want to benefit from them.

These three Indian stocks to focus on have been filtered on the basis of the news or development that will follow and how these updates are expected to affect the stocks. Further, an overview of the current and recent performance of these stocks will be provided.

Bajaj Finance (NSE: BAJFINANCE), a  Non–Banking Financial Corporation (NBFC), will also make to the list of Indian stocks to watch since the company recently announced its Q1 earnings for the current fiscal year. As of June 30, 2022, the company’s deposits have increased to Rs. 34,100 crores. Moreover, the assets under management (AUM) value rose 31% to Rs. 2,04,000 crores compared to last fiscal year’s figure of Rs. 1,56,115 crores. These impressive improvements led the company’s stock to soar.

The automobile industry behemoth, Tata Motors Ltd. (NSE: TATAMOTORS), saw its stock gain substantially on Wednesday, July 6, 2022. The stock was in focus due to the recent news of the automobile giant winning a case against Evey Trans, an Olectra Greentech subsidiary. On Tuesday, the Bombay High Court ordered to cancel an order given to the latter that required a supply of electric buses for the city’s transport agency.

Tata Motors had earlier challenged the Brihanmumbai Electric Supply & Transport (BEST) tender given to Evey. The order was worth Rs 3,675 crores and this victory brought Tata Motors and its stock again into the limelight making its way into the list of stocks to watch out for India. The cancellation of one of the largest automobile orders was a huge blow for Evey. In response to this update, the TATAMOTORS stock was up by 0.58% and traded at Rs. 414.40 (up by 2.40 points) at the time of writing. The market capitalization of the stock stood at Rs. 13,70,541  crores. The trade volume for the stock was 44,60,362, which was worth about Rs. 184.43  crores. With this the stock is definitely nearing its 52-week high of Rs. 536.70, however, it is still a distant event.

Power Grid Corporation of India Ltd (PGCIL) (NSE: POWERGRID), a state-owned company, will see its board of directors go through two important proposals on Wednesday, July 6, 2022. The board will decide whether or not to raise Rs, 11,000 crores by issuing bonds or term loans. The update is a prominent one since the amount of funds to be raised is significant enough. Moreover, a government company’s bond issues are generally in the public interest, so the stock is ought to be affected.

However, the aforementioned update didn’t actually have a positive influence on the stock price movements. The POWERGRID stock was down by 2.69% and traded at Rs. 208.40 (losing 5.75  points) at press time. The market valuation of the stock stood at Rs. 1,45,368  crores. The trade volume for the stock was 76,05,451, which was worth about Rs. 160.77 crores. Even though the stock is in the red, it is recommended to keep an eye on it since it might change the trend soon. This places it in the category of ‘Indian stocks to watch tomorrow.’

The list of major Indian stocks to watch has ended for now but we promise to be back with such updates soon since this financial market has a lot to offer. Moreover, it will be interesting to see how the aforementioned stocks fare in the coming days. Whether they will keep the momentum going or change the course, is a question to think of. However, let’s focus on the upcoming company earnings for now and wait for further updates.

A Detailed And Easy Analysis Of IPO Grey Market