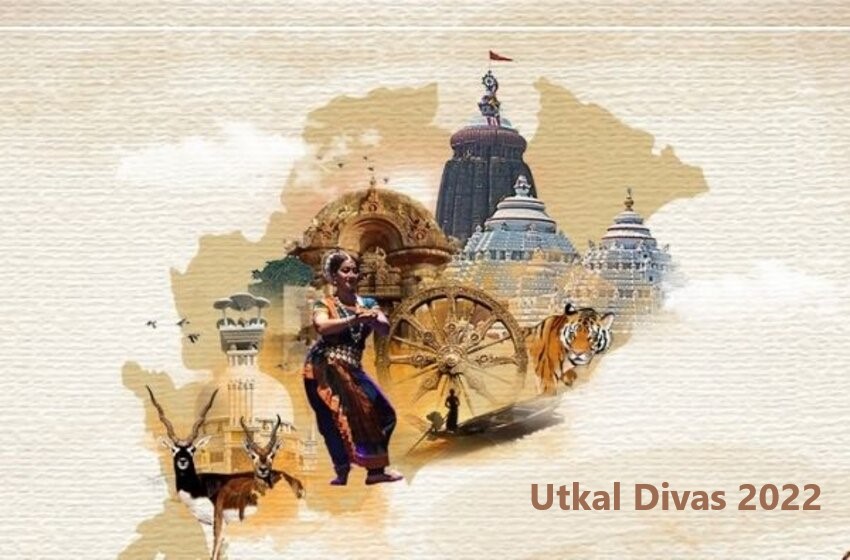 Each state of India carries its own history. Likewise, the state of Odisha is no exception. Previously known as Orissa, the land of amazing monuments, architecture, temples, and most importantly Lord Jagannath, makes this place an every living state in this country. Today, Odisha celebrates its 87th Foundation Day which is also known as the Utkal Divas.

To many non-Oriyas, this may be a new term, but this is vividly celebrated in the land of the almighty. In this article, we will have a look at the history, tradition, and the basics of this festival.

Around a decade prior to the Independence of India, the Indian state of Odisha started to exist as an independent province in 1936. Under British governance, Odisha came under the Bengal Presidency. The state was later separated from the Bihar and Bengal province on this day 87 years ago after a long struggle that continued for three centuries. Since then this day is marked as the foundation day of this state.

As per history, Odisha was ruled by varied dynasties during various time periods. It became the core of the popular Kalinga Kingdom as Magadha king Ashoka invaded it in 261 BC to expand his Mauryan rule. The state thrived for nearly a century under the rule of the famous Mauryan Dynasty. After the rule of the Mauryan, King Kharavela started to rule Odisha as he managed to avenge the Mauryan invasion by defeating Magadh.

In 1576, Odisha got into the Mughal Empire and various parts of the coastal region were taken over by the Marathas in the mid 17th century. After the completion of the Carnatic wars, the southern coast of Orissa was integrated with the Madras Presidency by the East India Company. In 1912, Bihar and Orissa became different provinces.

Modern-day Orissa was created as a province for the people speaking Oriya in 1936. Sir John Hubbak was appointed the first governor of the state. Notable leaders like Madhusudan Das, Utkala Mani, Utkala Gouraba, Gopabandhu Das, Pandita Nilakantha Das, Fakir Mohan Senapati, fought for the movement to attain an independent identity for the state.

The people of Odisha celebrate this day as Odisha Day which is commonly known as the Utkal Divas 2022, for fostering the remembrance of the struggle to get a separate province with a separate political identity and also to encourage the spirit of unity among the people of Odisha. This day is celebrated as a restricted holiday in the state.

The present state of Odisha gets its name from the Odra tribe, which remained in the central regions of the state. Primarily known as Orissa, the state was renamed because of the passing the of Orissa Bill in the Lok Sabha along with the Constitution Bill in March 2011 and was renamed as the state Odisha, which today is celebrating its 87th Foundation Day which is also called as Vishuva Milan by some, and is observed as a restricted holiday by the state.

Odisha Day or Utkal Divas celebration is marked by the setting of thousands of stalls, shops, and Jhankis along with several other activities such as fireworks competitions and varied cultural programs like a sing-song program and also their famous Odissi dance performances.

Odisha is a land of spiritual and religious significance for many Hindus as it has various temples. Among them, the Lord Jagannath Temple in Puri is a significant one and it was constructed in the year 1078. It is a sacred destination for Hindu pilgrims across the globe and is popular for the famous festival of ‘Rath yatra’ or the ‘Chariot Festival’. Today this culturally and traditionally rich celebrates its 87th Foundation Day or the Utkal Divas.

LGBT Rights Global Trends: How Have The Situation Changed Now?

Latest Important Changes In The Indian Education System For Good