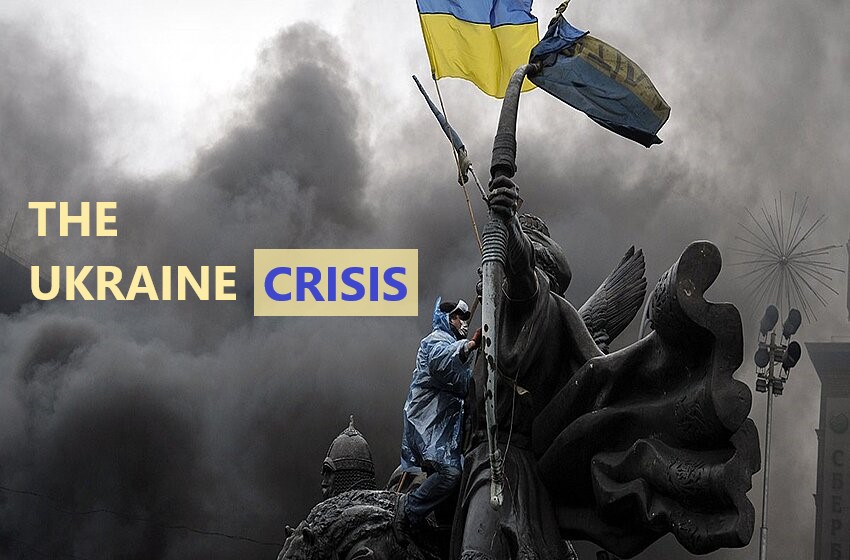 It is over 13 years since the Bucharest summit of NATO, the meeting that convinced the western alliance wanted the former Soviet states of Georgia and Ukraine to become members. But in many dimensions, the legacy of that April 2008 meeting which was the last attended by Vladimir Putin still hangs over the Ukraine crisis presently. We will have a quick look at the Ukraine crisis summary. So if you are wondering what’s happening in Ukraine 2021, this article will resolve all your doubts.

The US president Joe Biden and his Russian counterpart Vladimir Putin had a talk over the phone on 30.12.2021. Now, this came amid the ongoing tensions on the military buildup at the Ukraine Russia border leading to the Ukraine crisis 2021. The USA and Russia will be holding security talks in January 2022. This is going to be the second telephonic conversation between Biden and Putin in less than a month. Earlier in December Biden warned Putin of severe consequences if Russia invades Ukraine.

“The Biden administration continues to engage in extensive diplomacy with European allies and partners, consulting and coordinating on a common approach in response to Russia’s military build up on the borders with Ukraine.”

According to a senior US official, Biden will provide his Russian counterpart a diplomatic path forward on the Ukraine crisis. The Western officials say that the Russians have deployed tens of thousands of troops on the border with Ukraine. They were afraid of the repeat of 2014 when Moscow seized Crimea in an effort to defuse tensions. Senior US and Russian officials plan to meet on the 10 January 2022 in Geneva. This meeting will take place days after Russia offered a proposal to the United States. It included calls to not expand NATO eastward or to set up bases in former Soviet Republics.

Zielenski tweeted that in the Ukraine crisis, the nation has been assured complete support in countering Russian aggression. The US has called some of the Russian positions “non-starters” but said that it is willing to talk and will also bring up its own concerns. The dialogue was set up when Biden and Putin met in Geneva in June. On Wednesday, US Secretary of State Antony Blinken and Ukrainian President Vladimir Zelinsky spoke on phone.

Blinking separately spoke to his counterparts from Britain, France, and Germany. The US State Department Spokesperson said that western foreign ministers affirmed the consensus among allies and partners to impose huge consequences in severe cost on Russia for action.

The administration has laid out new measures however reports recommend that the US could shift to disconnect Russia from the smooth system that connects world banks.

Previous Story On How The Crisis Began

Some days ago on 16 December 2021, there was a meeting between Ukraine and the Chief of NATO in Brussels. There, Ukraine reiterates its commitments to eventually join NATO, despite Russia’s objections. Now it is predictable that Russia objects to this matter to a great extent. Putin had a video meeting with the US President Joe Biden, 13 December Boris Johnson, British Prime Minister, 14 December had a phone call with Emmanuel Macron, French President and also with Finland’s president. He put forward one demand that he needs to guarantee that Ukraine will not join NATO.

NATO on the other hand said that Ukraine is an independent sovereign country, and it has the freedom to make its own decisions.

What Led To The Present Ukraine Crisis?

There is one thing that all should know. The eastern part of Ukraine is pro Russian and thus Russia is taking advantage of that group. Russia has already waged proxy wars in several provinces in Ukraine and is blaming Ukraine on the charge of starting genocide. Nearly 14,000 people have been killed in this proxy war.

Russia saw NATO and Ukraine continuing their peaceful relationship and they are not willing to part. So now Russia has started to build a military base. Over 1 lakh troops have been placed at the borders and the missiles and tanks are ready. Not only in the Eastern borders but also on the North and Northeastern borders. Russia is prepared for war.

Now you may wonder how realistic this is this? Can Russia actually start a Ukraine war which many are saying can lead to world war 3, or they are just threatening Ukraine?

It is important to state that not only is it possible, but Russia has already done this before in 2014 by invading Crimea. The real story behind this was Ukraine was about to join the European Union in 2013. So the EU asked Ukraine to fulfill certain conditions and then you could become a part of the EU. The conditions were that Ukraine had to show that they are a democratic country and here the people have complete freedom. Other than that, one more condition was to release Yulia Tymoshenko from jail.

The majority were in favor of this in the Ukrainian parliament and they were ready to join the EU. Soon one Association Agreement was about to get signed, but Russia on the other side was applying huge pressure to prevent this from happening. To apply more pressure on Ukraine, Russia changed the Custom Regulations. The imports from Ukraine to Russia were stopped. Putin threatened Ukraine if it becomes a member of the EU, then they could say goodbye to trading with them. Russia even offered loan rewards worth $15 billion to Ukraine if they refused to join the EU. Along with that Ukraine was offered cheap gas prices. The then president Victor Yanukovych, bent under the pressure of Putin and the agreement which he was about to sign with the EU, he refused to sign it, and so it was suspended.

Now the citizens of Ukraine were angered by all of it. On 21 November 2013, thousands of students assembled in the Independence Square to protest it. On 30 November 2013, the Ukrainian government used violence against the protestors to remove them.

G7 Warns Russia Of ‘Massive Consequences’ If Ukraine Is Attacked

Russia faces huge consequences and intense costs if President Vladimir Putin invades Ukraine, the Group of Seven warned in a statement that was issued on Sunday. U.S. intelligence predicts that Russia could be aiming for a multi-front offensive on Ukraine as early as the starting of 2022, including up to 175,000 troops.

At a meeting in the northern English city of Liverpool, the delegates of G7 said they were united in their criticism of Russia’s military build-up in the Ukraine border and they called on Moscow to de-escalate. A statement said,

“Russia should be in no doubt that further military aggression against Ukraine would have massive consequences and severe costs in response.”

“We reaffirm our unwavering commitment to Ukraine’s sovereignty and territorial integrity, as well as the right of any sovereign state to determine its own future.”

According to Russian Embassy,

“Russia has made numerous offers to NATO on ways to decrease tensions. The G7 forum could be an opportunity to discuss them, but so far we hear nothing but aggressive slogans.”

The conclusion of this story is that Ukraine is happy to join NATO and is happy with joining the EU and Russia cannot tolerate that. Russia sees no wrongdoing in its works. Invading Crimea, supporting the separatists in Ukraine, and military build-up, and now threatening to invade Ukraine. Russia justifies all its actions that they are doing this because NATO is trying to surround it from all sides. Russia has no specific aim to invade Ukraine, it just wants to keep NATO away from getting into familiar terms with Ukraine.

This article will give you a complete Ukraine crisis timeline so that you get a completely unbiased view of the matter that is threatening the existence of a nation.

A Timeline Of The “Not-So-Easy” New Indian Agriculture Law

The Most Searched Crypto Terms In India Right Now