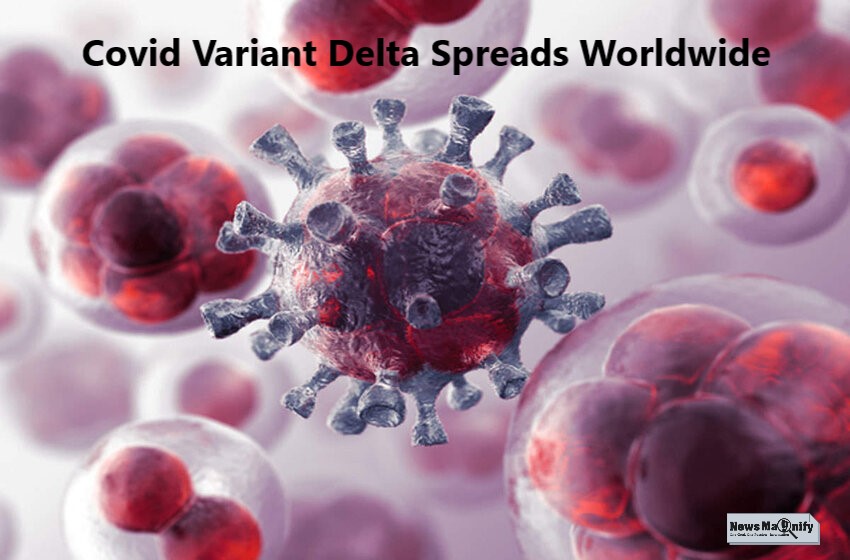 The Covid variant Delta, first detected in India in October has now spread across 62 countries as outbreaks rise across Asia and Africa — despite a 15% week-over-week drop in cases across the world, as reported by the World Health Organization.

While referring to the new covid variant Delta strain, WHO stated that,

“We continue to observe significantly increased transmissibility and a growing number of countries reporting outbreaks associated with this variant.”

The World Health Organization. altered the name of the variant to Delta to make its scientific name, B.1.617.2 simple. The new system for naming Covid variants, after letters of the Greek alphabet, also keeps away stigmatizing countries that identify new strains.

According to a report published by WHO, the P.1 variant, which is now named Gamma, that was first detected in Japan in people who were traveling from Brazil, has now spread to 64 countries.

Even with countries having high vaccination rates there is a rise in cases over the last week or two, “so no one is out of the woods,” executive director of the WHO’s Health Emergencies Program Dr. Mike Ryan said in a Q&A session that was hosted by the WHO on Wednesday across several social media platforms.

What Causes A Virus To Change To A New Variant?

Through the passage of time, we have seen the coronavirus changing its variant. Covid variant Delta is its new change. So how do these viruses change their variants?

What Impact Do Covid Variant Delta Have On Vaccines?

The covid-19 vaccines which are currently under formation or those that are already used are expected to provide some protection from the coronavirus because these vaccines evoke a wide immune response that involves a range of cells and antibodies. Change in the variant of the virus makes the vaccine ineffective and so patients are facing panic attacks post covid vaccine.

In Bahrain, about 55% of the population is vaccinated with at least one dose, but still, Covid cases have been rising since the beginning of May, and reached the highest level of daily reported cases since this pandemic began, according to a study.

“There are hotspots in each region [of the world], there are countries that are really facing very, very challenging situations, with increases in transmission. Eighteen months in, we’re all tired of this virus. It’s not done with us yet, and if we give it the opportunity to spread, it will.”

According to a recent study, 52,000 new cases were reported in the African region and more than 1,100 new deaths in the past week, a 22% and an 11% increase, respectively, as compared to the previous week.

The World Health Organization also asserted last week that Africa needs at least 20 million AstraZeneca Covid vaccine doses within the next six weeks to get the second dose of vaccine to people who’ve already received the first. The continent has received only 1% of the total vaccines that have been delivered globally and needs more than 200 million doses of any cleared Covid vaccines to vaccinate 10% of the continent by the end of September.