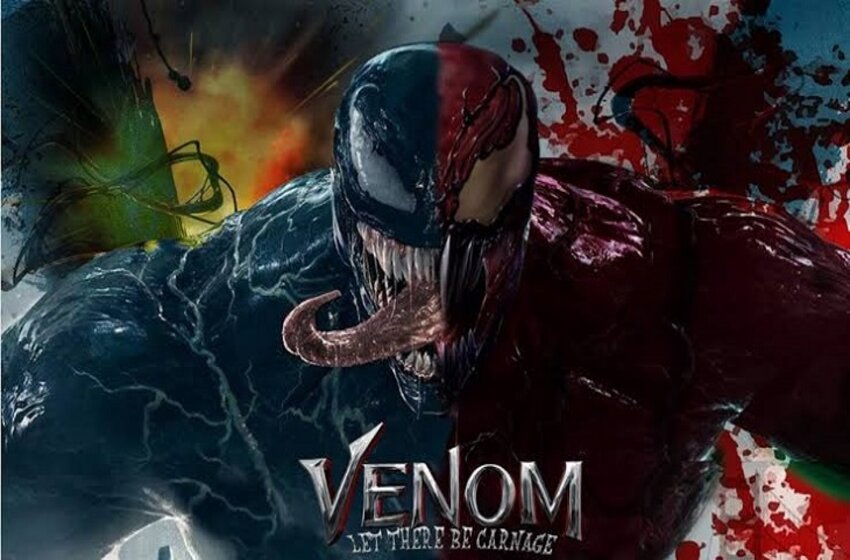 Sony Entertainment releases the venom 2 trailers that were officially announced in 2019. Venom: Let There Be Carnage will witness the return of Tom Hardy as Eddie Brock, a reporter who is down on his luck and is fused with an alien smote that gives him super human powers and strengths. Cletus Kasady aka Carnage after getting introduced in the Venom post credit scene is expected to be seen as the main villain of this sequel.

Venom 2 teaser trailers also show the return of Michelle Williams as Eddie’s ex-girlfriend Anne Weying and also Reid Scott as Dan Lewis who is seen as Anne’s new boyfriend. The franchise is then joined by Shriek who is played by Naomie Harris who is known to be Carnage’s love interest in the marvel comics. It is an upcoming movie in 2021.

Even though Venom was directed by Ruben Fleischer, Andy Serkis was recruited to helm Venom: Let There Be Carnage, where Kelly Marcel is seen taking over the scripting duties solely after co-writing the first film with Jeff Pinkner and Scott Rosenberg. Primarily planned for an October 2020 release, the Venom: Let There Be Carnage release date has been delayed a year to 2021 due to the prevailing COVID-19 pandemic. It’s currently scheduled to hit theaters on September 24, 2021. Now, the studio has revealed the Venom 2 Trailer.

On 10 May, Sony released the Venom 2 trailer and poster, which offered the first look at the coming up film. The trailer that has been featured reveals Eddie and Venom have settled into a kind of normal schedule, with the smote making him breakfast and the both of them visiting the booth run by Mrs. Chen (Peggy Lu). There’s also much other setup for the clash between Venom and Carnage, with the Venom 2 trailer featuring Harrelson’s Cletus talking with Eddie and then him being tested upon at Ravencroft, before finally being unveiled in his symbiote form. Even though many have this query that is spiderman in Venom 2 present? But the answer is there is no such clue as of yet, but the fans are eagerly waiting to see Peter Parker in Venom’s upcoming sequel. Check out the Venom 2 full movie trailer now. And also Venom 2 release date in India.

When the first Venom movie was released in 2018, it was met with mixed reviews that were both positive and negative from critics, where many criticized the chaotic nature of the film, and some liked it to the superhero movies of the early 2000s. However, Venom was a certain hit with movie watchers, grossing $856.1 million on a budget of $100-$116 million, making sure that it turned a profit. As such, Sony Entertainment moved ahead with Venom 2, ensuing through on the promise of the post-credits scene and making Venom’s most popular enemy – Carnage – a prime figure in this sequel. Now based on the Let There Be Carnage trailer, it seems Serkis and Marcel have not taken Venom’s negative reviews too much to heart, and have instead leaned into the chaos that happened in the first film.

Keeping in mind the amount of success Venom was with casual movie watchers, it may be the right move. One feature of the first film that many viewers really liked was Eddie and Venom’s relationship, which is again displayed in all its weirdness in the trailer. If their effectiveness throughout Venom: Let There Be Carnage is similar, then it seems the sequel keeps more potential to deliver more strange buddy cop antics.

As for Carnage, Harrelson’s fearful red wig has disappeared, which improves his human design from the first film, and his symbiote form looks good yet creepy for the few initial moments it’s on screen. Altogether, the Venom 2 movie trailer mocks the film by saying that it will entertain those who enjoyed the initial movie, but those who didn’t like Venom may not like it. More will be unveiled when the Venom 2 full movie release date gets closer.

Venom: Let There Be Carnage Cast

These are the Venom 2 cast: