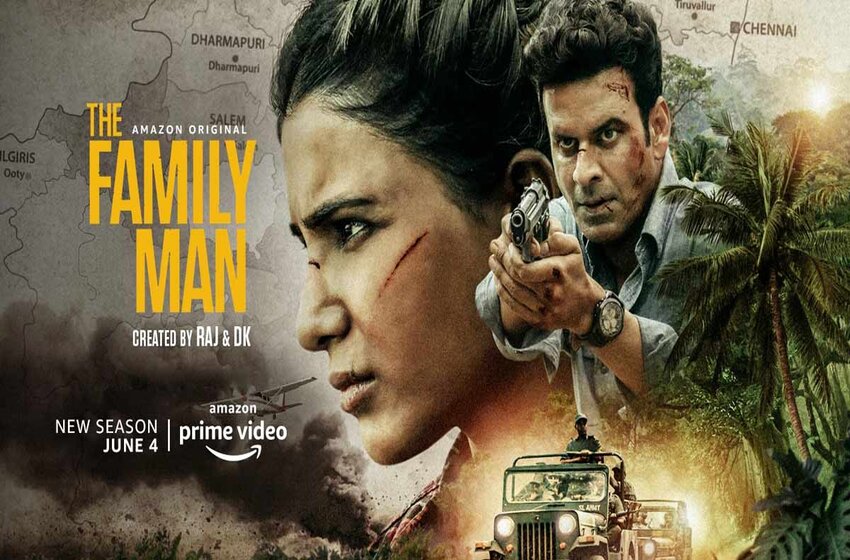 The Family Man Season 1 was an out and out Manoj Bajpayee show but that is not the case now. In season 2 the audience gets to see Samantha Akkineni in a parallel, fearless and poignant role. She plays the character of a ruthless soldier who is ambitious enough to lay her last breath for her motherland: Sri Lanka. Moreover, Samantha’s Raji is the yin to Manoj aka Srikant’s yang. The Family Man 2 release date was scheduled for June 4, 2021.

Let us see the Family Man 2 review Hindi web series. The Family Man 2 is no more the story of a family. This series has successfully portrayed how a family can get connected with the professional life of any secret agent. Srikant Tiwari (Manoj Bajpayee) is seen doing a corporate job from 9 – 5 and returning home on time and performing the chores of a perfect husband and a perfect father. But he does not seem satisfied in this life, his attention is constantly on TASC where he is seen communicating with his ex-colleague and a good friend of his JK. Parallel he and his wife Suchi are seen having marriage issues and Suchi asks him to rejoin his previous work. In the meantime, Chennai was under attack as the leader of the Tamilian rebel was killed in India. So to stop those attacks TASC went to Chennai including Srikant and this season is surrounded by that story.

Samantha Akkineni is the new eye catcher in this series and it is being said that her fabulous acting has successfully attracted many South Indian viewers for this series. She is seen as a desperate and ruthless soldier who will not think twice before sacrificing her life for her mother nation. This series is a competition on whose desperation is more: Raji’s or Srikant’s and the audience waits to see who wins.

There have been brilliant multi lingual use that kept the series more authentic and the casting was as usual fantabulous. Every scene and the act was very realistic and the climax was indeed nail biting.