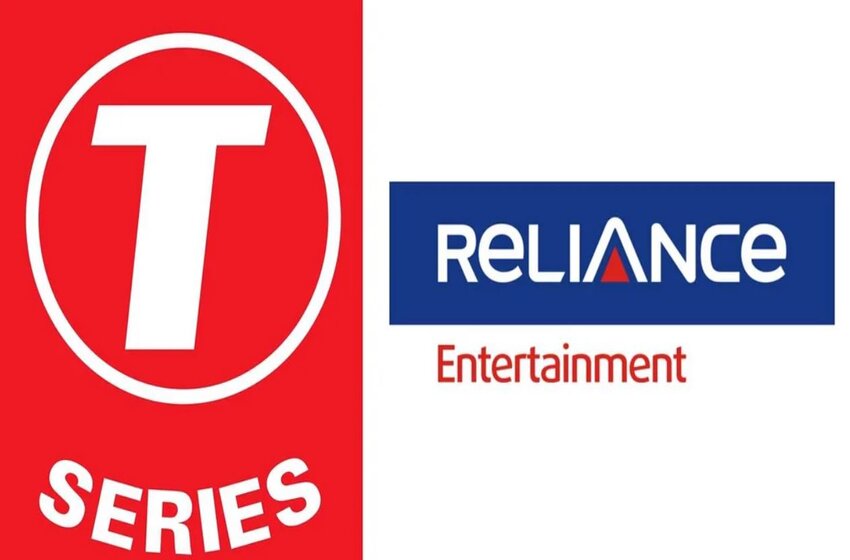 The T-Series latest collaboration with Reliance Entertainment brings two huge production firms together with an investment that is approximate Rs 1000 crores. This will bring films that range through varied production scales, genres, music, and talents.

Reliance Entertainment and T-Series by Bhusan Kumar have collaborated before on the music marketing grounds for over 100 films. But this is for the first time T-Series & Reliance Entertainment have joined hands for producing an array of films and a huge beginning of a bigger long-term relationship for the creation of content among these 2 organizations. This is said to be the Indian film industry’s biggest collaboration to date.

The comprehensive lineup of movies of  T-Series and Reliance Entertainment is in different stages of development now. Carpeted with three huge budgeted hits the slate also shows films that include highly enriched content that is headlined by some of the greatest on-screen and off-screen talents of the country.

To be more precise, the T-Series latest collaboration with Reliance Entertainment also includes Hindi remakes of many Tamil blockbusters and also action thrillers, espionage thrillers, a mega historic biopic, satire comedy, romance drama, courtroom drama, and films that are based on shocking true incidents, amongst others.

While T-Series music is the leading music record label in India, along with one of the most successful film production companies. T-Series subscribers in YouTube are more than 193M. Reliance Entertainment is among the biggest media and entertainment companies in India and has successfully produced more than 300 critically and commercially acclaimed movies in its portfolio.

In the T-Series latest collaboration, the films will be produced over the time span of 24-36 months under the sponsorship of some of these partnerships and along with other promising directors such as Vikramjit Singh, Pushkar and Gayatri, Srijit Mukherji,  Mangesh Hadawale, and Sankalp Reddy.

Offering the pace of generating the films, confirmed line ups with some of the prominent stars of India, 4 – 5 films will be given a comfortable big-screen release globally which will begin from 2022.

According to Bhusan Kumar, the T-Series owner,

“After working on music marketing together, this collaboration has happened at the right time and this will just strengthen our ties. Shibasish and I hope to give our Hindi film audiences new and unconventional films.”

On the other hand, Shibashish Sarkar who is the  Group CEO of Reliance Entertainment said,

“I really look forward to our partnership with T-Series. This partnership with Bhushan will surely mark the beginning of a great feat in the Indian film industry as we move on to offer a bouquet of path-breaking and momentous films to our audience.”

The T-Series latest collaboration with Reliance Entertainment is going to revolutionize the Indian film industry. This collaborated pair has offered us with great music albums and singles and now it is time for films. The entertainment industry and the audience are looking forward to getting some content-rich films.

Important: When, Why, & How Of Kota Factory Season 2