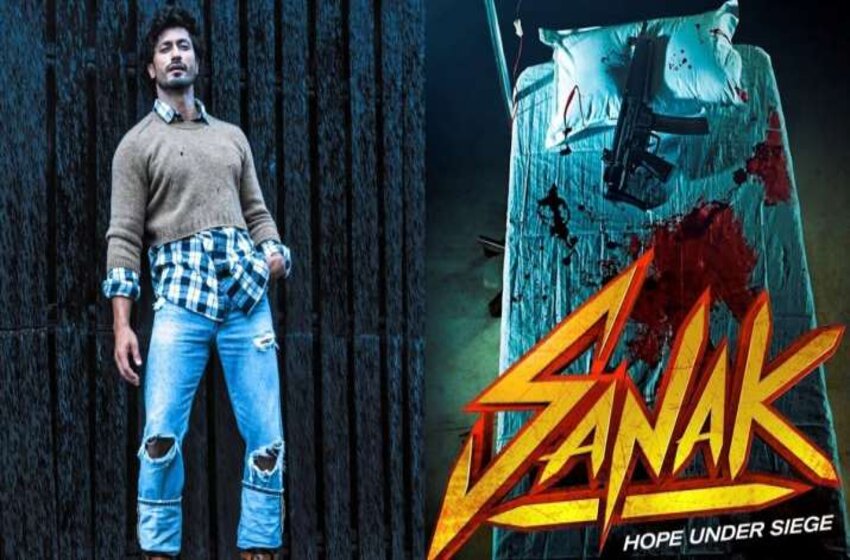 Set in Mumbai, Sannak unveils in a hospital that is below siege, where Vivaan Ahuja played by Vidyut Jammwal and his wife Anshika that has been played by Rukmini Maitra are trapped. Can they successfully rescue themselves and other hostages from the deadly situation? And how far has the movie been successful to give what the audience expected? Let us find the answers through this Sanak movie review. The Sanak movie story in Hindi was released on Disney+Hotstar. The Sanak Hindi movie release date was scheduled for 15 October 2021.

The one dimensional narrative of Sannak directed by Kaniksh Verma is a fight between two opponents that create the bulk of the film – Vivaan Ahuja the muscled and fit guy, and Saju that was played by Chandan Roy Sanyal with his group of skilled fighters that have attacked the hospital and have kept everybody inside the hospital as hostages.

In this Sanak movie review, let us talk about the plot and its organization. This 117-minutes drama that has been written by Ashish P. Verma starts slowly by focusing on the chemistry among the lead couple as they celebrate their 3rd wedding anniversary. But, minutes later, the audience is taken to a siege situation at the hospital, where Anshika (Rukmini) is being held confined alongside other hostages, and Vivaan reaches to save her. The basic Sanak movie story is highly predictable from the word go: “the hero will bash up the bad guys to a pulp and save them all”. However, there is a bigger issue here, the story confronts logic and is not at all convincing at times. In one scene, a kid in the hospital is successful in defusing the bomb in a very little time, but the bomb squad was unsuccessful in doing so. It is a sheer letdown for the audience. Along with that, the soundtrack is a big letdown with barely two songs that can be easily forgotten. Suyash Kelkar and Saurabh Bhalerao’s background score is far more splendid though.

The main USP of this movie that can be seen from this Sanak movie review, like those of Jammwal’s previous movies, is action. With his power-packed action stunts, he is a one-man army trying to control the hostage situation and save hostages. Compared to the terrorists, Jammwal has been offered a lot of screen time to enact stunts, and he scores in all the action scenes that he was offered. All credit goes to Andy Long Nguyen, who is the action director and is also a trained martial arts fighter; the audience won’t have time to flicker during the whole combat sequences, particularly the one in the physiotherapy room. The climactic fight, on the contrary, is average and should have been better arranged.

The leading ladies, Neha Dhupia as inspector Jayati Bhargav and Rukmini Maitra as Anshika, have a restricted role to play. They have, however, done their parts with utmost finesse. Dhupia made a magnificent entry as a rough cop questioning a criminal, but, her role arc was vaguely written, and she ended up enacting the role of a cop who is just trying to deal with the situation.

After this Sanak movie review, it can be concluded that in general, Vidyut Jammwal’s punches, slick kicks, and backflips increase the stakes of this action-packed drama. Of course, the plot was highly predictable, but if you are a die-hard Jammwal fan or like to watch action movies, this is the one for you. You can watch Sanak full movie at Disney+Hotstar.