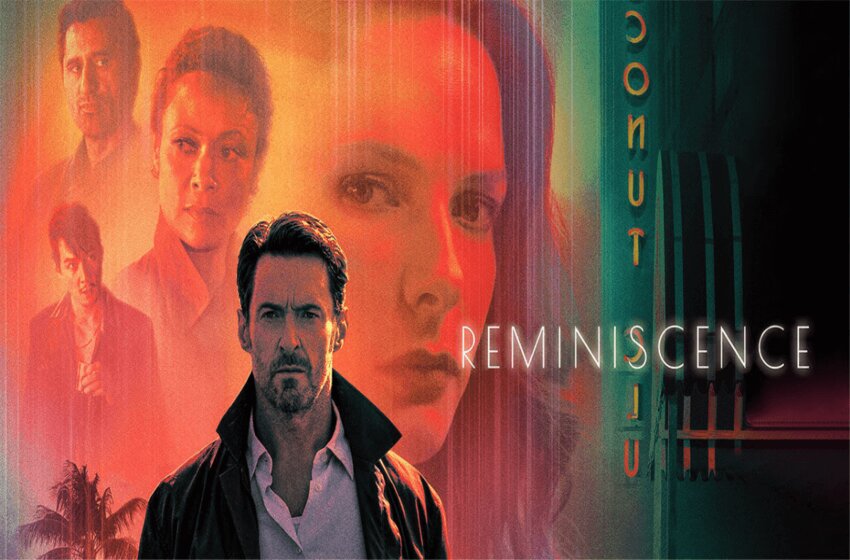 To date there have been several “below the radar” films by Warner Bros. Pictures in 2021 and provided the hidden talent behind it, it is no more a surprise. But the Reminiscence movie is releasing this summer both on HBO Max and in Theaters. Now we have the Reminiscence movie 2021 trailer from its sustaining sci-fi thriller that stars Rebecca Ferguson, Hugh Jackman, and Thandiwe Newton. The Reminiscence release date has been scheduled for 18 August 2021.

This film is set in the future US that is devastated by war and a Miami that is drowning under the rising ocean. The Reminiscence casts Hugh as Nick Bannister who operates a business with his partner Watts that is played by Thandiwe that enables people to retrieve and fully experience any memories that they wish to. The life of Bannister takes an upside down turn by a wistful romance along with a perplexing client whose name is Mae that is played by Rebecca. When she disappeared all of a sudden, Bannister became desperate to find who she was and what had happened to her.

The Reminiscence movie is directed and written by Lisa Joy, who is popular for the re-creation of the HBO series Westworld along with her husband, producer/writer/director Jonathan Nolan. Joy debuted with this movie as a director in feature film and providing some episodes of Westworld, and in an online press conference, unveiling the trailer she said that she gained inspiration from this film by detaching some previous family history and also the birth of her first child.

“It made me start to think about memory, and our lives in general, and the moments that pass by and maybe disappear. They don’t stay with us, those connections necessarily, but they meant something that changed us and touched us, and how nice it would be to be able to go back to those memories fully for a moment. To live that life and feel the way you felt when you experienced them.”

She further said that,

“The film posits a world in which this technology can help access lost memories and put you back in that moment so you experience them completely full. The sights, the sounds, the smells. You are back in that moment. Hugh Jackman’s character and Thandiwe Newton’s character have this business, a somewhat struggling business, where they help people retrieve memories for a cost.”

This film prevails to be among the varied range of characters played by Jackman since his appearance as Wolverine in 2017’s Logan. During the same online press conference, Jackman asserted that,

“My character is a fairly, I would say, broken man at the beginning. Fairly tough exterior but his experiences in the war, on the frontlines, and also as an interrogator has left him really quite broken and really disengaged and distrusting of the world.”

According to Jackman, the entry of Mae into the life of Bannister alters everything. He said,

“This is because he’s not expecting anyone to rock him in any way, particularly in a way that Mae does. He’s just immediately intrigued, drawn in, mesmerized, and increasingly becomes, after this relatively short love affair, obsessed with her and needs to really discover what has happened, because he knows in his heart that something bad has happened to her.”

One of the most hitting features of Reminiscence that is caught in the trailer is the arrangements, a change of climate that demolished Miami that is increasingly breaking down to the rising water around. When Joy was asked about the tenure of the future and the importance of climate change in the movie she said,

“I don’t actually say explicitly what year in the future it is. That was really intentional for me because the future is catching up to us so quickly. I don’t want it to feel like a sci-fi set indefinitely far away. I wanted this film at its core to be really relatable and really present and really, in a way, analog. I even asked for the colors in the set design to be warm-hued instead of those cold lights. The future isn’t this distant thing. It’s here, and the things that we do right now form our world so quickly.”

Joy further adds that the idea of the rising water around the southern part of Florida was pretty much derived from the present day’s headlines. She explains,

“If you look at newspapers you see it’s happening. “It’s just a scientific fact. I have in the film, as a source of conflict, the disparity of wealth in America. People who don’t have resources are pushed to the borders and left to sink or swim, and the wealthy are able to insulate themselves behind these walls of privilege both physically and emotionally.”

The cast of Reminiscence’s movie includes the following people.

Even though the Reminiscence movie is set in a way that is both unlike and like our own, according to Joy, she is using the idea of the genre to evaluate the dimension of the world where we are presently living. She concludes by saying,

“I sometimes think that science fiction has these connotations of futurism and the distant world. But for me, science fiction is a metaphor. It's a metaphor on a grand scale for the things that we are experiencing in this world. It’s a way of examining the world around us.”

1. Is reminiscence movie based on a book?

No, it is not based on any book. The Reminiscence movie is directed and written by Lisa Joy, who is popular for the re-creation of the HBO series Westworld along with her husband, producer/writer/director Jonathan Nolan.

2. How can I watch the movie reminiscence?

The Reminiscence movie is releasing on 18 August 2021 both on HBO Max and in Theaters.

This movie is rated PG-13 for drug material throughout, strong violence, sexual content, and some foul language.

Nope Movie Poster Released: What Is Peele’s New Movie About?