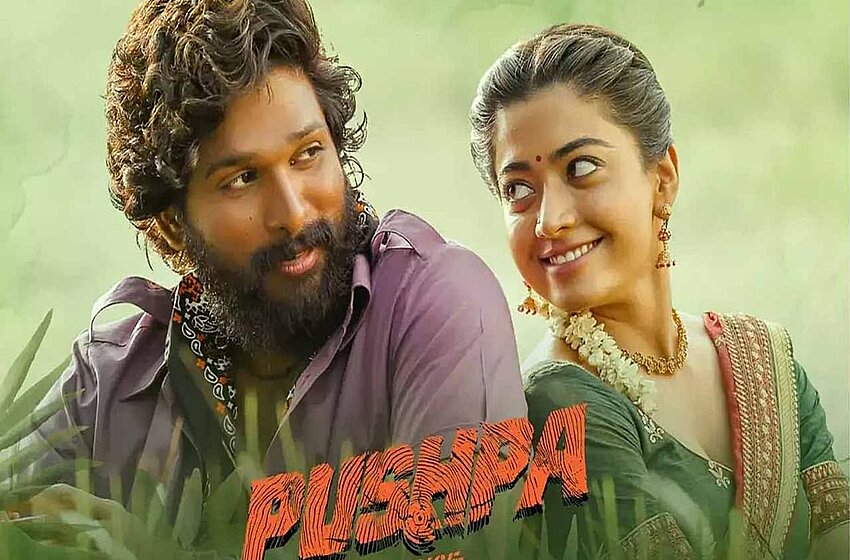 Let us start this Pushpa movie review with the Pushpa movie story. Pushpa Raj is smart and is also quick enough to arrive at solutions. This quality allows him to make it to the top level of the smuggling of the red sandalwood. How he climbs the steps and earns enemies is what the story deals with.

The film starts with an animated narration from Japan. Slowly it pulls you in the world and offers you a history lesson and how red sandalwood is accessible only in Andhra Pradesh. The screenplay takes its time to introduce the character of the syndicate and also their hierarchy.

While writing this Pushpa movie review, it can be asserted that the film is engaging even though it does not have anything new to provide. Keeping aside the commercial narratives and display of slo-mo shots, Pushpa is mainly a gangster thriller dealing with red sandalwood smuggling as the subplot. However, Pushpa has sufficient substance to keep you thrilled in the plot. Thanks to the immersive performance of Allu Arjun, in the movie.

That said, Allu Arjun has fully surrendered himself to Sukumar and it is very much evident in each and every frame. Right from his delivery of dialogue to him displaying his several emotions, he has offered one of his best performances as of now.

The character of Rashmika Mandanna, Sri Valli is there in the movie only for the male gaze. The camera emphasizes on her bosom more than it does on her face. Among the other casts, it is Sunil’s Mangalam Srinu, who has done a noteworthy performance. From commanding the syndicate to gaining respect from his peers, he has easily drawn the attention of the audience towards him, even among a crowd of actors.

The character of Fahadh Faasil that is named Bhanwar Singh Shekhawat is presented in the last half-an-hour of the movie. His only job was to shoot people left, right, and center and give daunting looks. Though Fahadh Faasil delivers this role with complete ease, his character does not have enough scope to be the antagonist that we want him to be.

Now, to the item number of Samantha, Oo Antava (Oo Solriya in Tamil). The song speaks about how lustful men are. While it is a welcome change for an ‘item’ number, the camera gaze does not really alter.

One of the working gags in Pushpa is how Pushpa Raj’s mother is always mocked for having a child with a married man. Pushpa’s father’s sons along with his legal wife wait for every single chance to ridicule Pushpa Raj and his mom. This complete stretch does not have appropriate closure and looks over the top and unnecessary.

The cast of Pushpa: The Rise is really great. This has a lot to do with the success of the movie. Let us have a look at the complete cast of the Pushpa movie.

After this Pushpa movie review, it can be concluded that Pushpa: The Rise leaves a powerful impact because of two primary things: the performance of Allu Arjun and Devi Sri Prasad’s throbbing music. From his songs to the background score, DSP has done a great job as a composer. The cinematographer Miroslaw Kuba Brozek’s work is also amazing, as is the editing of Karthika Srinivas-Ruben. Pushpa: The Rise, which is a three hours long movie, ends on a high. However, it also leaves a doubt whether the next part, which has been titled, Pushpa: The Rule, will have enough space to hold the audience’s attention for two hours or more. The Pushpa movie release date in India was scheduled for 17 December 2021.

The Matrix 4 Review: Has It Come Out To Be The Best?