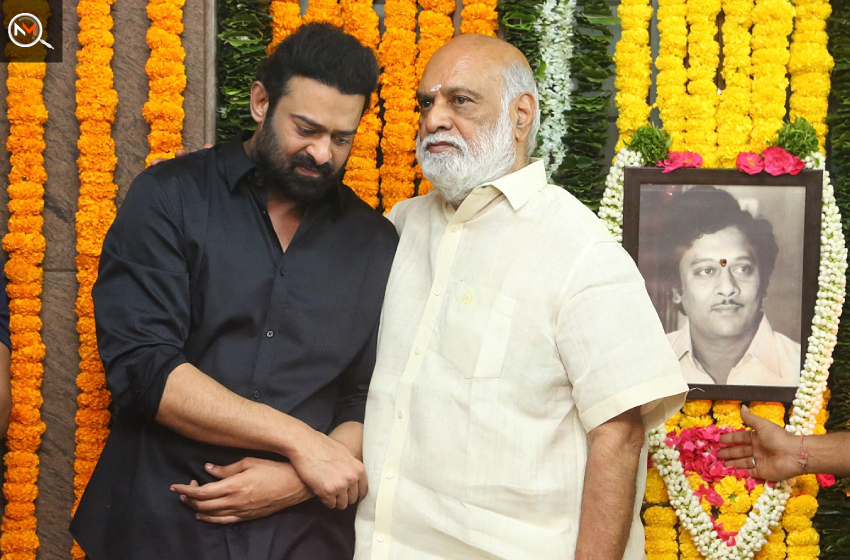 Prabhas upcoming movie shootings have been pushed by a month. This is because of the fact that the famous South Indian actor has been mourning the loss of his uncle Krishnam Raju, who was also a popular actor. The actor, at the age of 82, died on September 11, 2022, after suffering from bacterial and fungal pneumonia.

After the loss, Prabhas upcoming movie commitments have been pushed as he has taken a break from each and every project that he had earlier signed. The actor got teary-eyed when the last rites of his uncle were being performed by his elder brother Prabhod. The Telangana government honoured the deceased actor for his contributions to the Telugu film industry. However, these honours were not enough to lighten up Prabhas’ heart.

Therefore, he wants to take a break from everything until he gets composed. The actor who rose to fame after the Bahubali series will now be seen in the Spirit, which is set to be released on November 10, 2022. Prabhas will be seen in the lead role. It is a drama-based movie by two major production houses, T-Series films and Bhadrakali Pictures in the Telugu film industry.

However, there is still a long way before it is released in theatres. Spirit has been produced by Bhushan Kumar and directed by Sandeep Reddy Vanga. The involvement of the T-series itself indicates that this Prabhas movie is definitely not on a low budget and that it is potent enough to stun the viewers/audience once it is out.

But yes, one thing is sure is that because of the latest update the release of this movie won’t be affected at all since its shooting is reported to have been finished. So, even if other movies are delayed a bit, Spirit is what Prabhas fans can enjoy. However, the Radhe Shyam movie which was one of the recent releases of this actor saw a failure. Therefore, it is a crucial time for this actor as Prabhas new movie releases have to be counted on for making up for the mishap caused in the March release.

Upcoming South Indian Movies In 2022 With A Big Budget