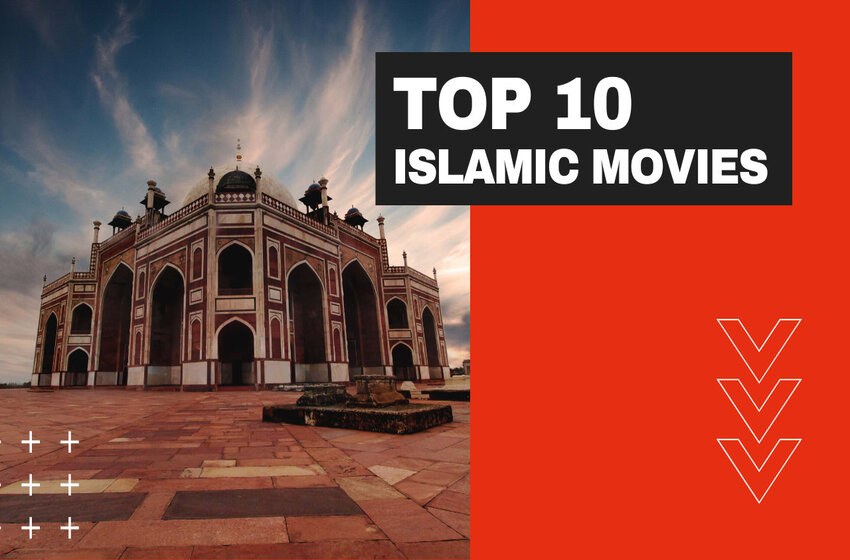 Ramadan has approached and it is indeed the most special festival celebrated by the Muslims across the globe as a month of fasting. The Muslim calendar works on a lunar system, specifically the crescent moon. Ramadan is the ninth month according to the Islamic calendar. The end of this fasting month is celebrated hugely. To this day how can we not recall the culture and literature that this religion brought with it? This Ramadan, let us look at the movies on Islam that you should watch at least once.

Movies On Islam You Should Not Miss Watching

Islam is a very sacred and culturally enriched religion and it has continued to be so. There have been several films made about this religion that showed the world how large and pure religion can be. One of the famous occasions celebrated by the people of Islam is the Ramadan Eid. This is the month of fasting where the people doing it find peace in sacrificing lust, hunger, and want. This is the month of sacrifice and it ends beautifully marking the day of Ramadan Eid. In that respect, we are going to discuss about the various famous movies on Islam that one should watch at least once in their lifetime. Here are the best movies about Islam.

We will begin the list by talking about the Mughal era. The period drama film of Ashutosh Gowariker, Jodhaa Akbar was released in 2008 and is among the classic films which depicted how mesmerizing the Islam culture is. The film starred Aishwarya Rai Bachchan and Hrithik Roshan in the lead roles and would be the ideal film to enjoy during the holy month of Ramadan. This movie was further enhanced by the music of A R Rahman. If you are aiming to watch on movies on Islamic history, then this is a must watch.

Veer Zaara is another Bollywood picture that you should watch in this holy month of Ramadan. Keep your tissue box by your side too as you will surely weep during this emotional movie. The bubbly-girl Preity Zinta prosed the role of an elegant Muslim girl in the epic “prem-saga” opposite the alluring SRK directed by the late Romantic Maestro Yash Chopra.

Zubeidaa had to be on the list of movies on Islam if you wish to watch a beautiful movie during the time of Ramadan. Zubeidaa, acted by Karisma Kapoor, is a Muslim actress, who eventually falls in love with Maharaja Vijayendra Singh of Fatehpur played by Manoj Bajpai. This story moves around the ill-fated Zubeidaa and is based on the true life story of the writer’s mother, actress Zubeidaa Begum, who got married to Hanwant Singh of Jodhpur.

Pinjar is one of the films which can never be remade. The twisted love story is a must watch with a lot of patience. And one should try to watch it alone. You will fall in love with the characters of the film for sure.

Iqbal is among the famous movies that are based on the Muslim religion with an unconventional plot. The character of Iqbal is an inspiration where one gets to know that if you have talent and undying determination to succeed, success is bound to follow.

Shah Rukh Khan’s starrer movie My Name Is Khan is among the ideal movies to watch during Ramadan. The film praises Islam. The personality of Rizwan is yet another portrayal of the huge troop of Muslims, which are often misjudged to be the terrorists. My Name Is Khan is also special as it portrays how Indians evaluate the fact that the operation of a misguided few does not and cannot say anything about the whole community.

Anwar. This is among the movies on Islam that stars Manisha Koirala, Siddharth Koirala, Rajpal Yadav, and Nauheed Cyrusi in specific roles. Watch this emotional heart-breaking plot only if you dare to deal with all your emotions. Guess it is an ideal flick to watch during Ramadan as one gets into about themselves during the holy month.

Nope! We won’t just narrate to you the list of romantic movies. Sarfarosh by Amir Khan from 1999 is among the action thriller films which salute patriotism and also portrays powerful dialogues from strong characters. This movie surely cannot be missed.

Famous TV actor Rajeev Khandelwal debuted with this gripping thriller titled Aamir. While on a visit to this country to meet his family, NRI doctor Aamir is set up by terrorists to plant a bomb. His refusal to comply would imply the death of his family, which is being held captive here. Crazy right?

The last one in this list of movies on Islam is one of the top movies of 2014. Haider is among the ideal works of director Vishal Bhardwaj to date and it also propelled the career of Shahid Kapoor like never before in Bollywood. The movie is a modern-day adaptation of William Shakespeare’s tragedy Hamlet and Curfewed Night of Basharat Peer that is set amidst the insurgency-hit Kashmir conflicts of 1995 and civilian disappearances.

The language of cinema is completely different. This is among those mass media that hold the potential to change the world and reach a huge range of audiences. This Ramadan we should celebrate cinema as well. So in the above article, we have discussed some of the best movies on Islam which you should definitely watch at least once. Other than the ones that have been stated above, there are several other best Muslim movies on Netflix that you can watch.