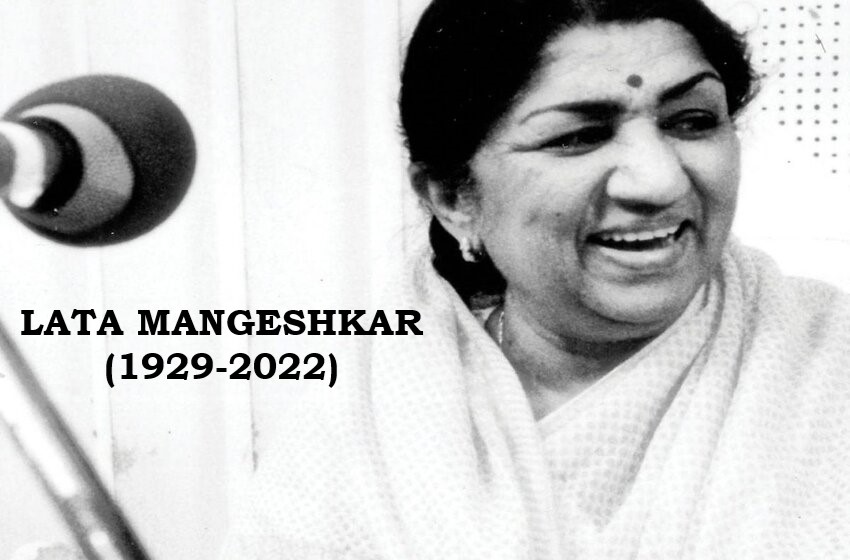 The legendary singer Lata Mangeshkar who passed away at 92 on 06.02.2022 (Sunday) was fondly known as the Nightingale of India. She was admitted to the Breach Candy Hospital in Mumbai in January after she was tested positive for coronavirus.

She was the recipient of the highest civilian award of India, the Bharat Ratna as she ruled over the Indian film industry for decades. Born in 1929, in pre-independence India, the singer captivated music crazy Indians with her lilting voice and captivating range, singing everything from romantic hits to patriotic songs both for albums and films.

She will remain with us till eternity, her songs have been celebrated in every emotional phase of the Indians and will continue to do so. With that, we retrospect some of her great achievements and iconic songs.

It is extremely difficult to choose the 10 best songs of Lata Mangeshkar among 3000 songs sung by her in 30 varied languages. But we would dare to do this. So here are top the 10 most iconic songs by Lata Mangeshkar that remain in our hearts forever.

The soothing voice of Lata Mangeshkar has rung out the television sets from movie theaters for most of Independent India’s three quarters for nearly a century making hers the magical voice of many generations. She has received various prestigious awards for her contribution to Indian music. Here are some of those awards received by Lata Mangeshkar.

It is very sad that we will not be having this legend among us anymore, but Lata Mangeshkar songs and works will remain in the hearts of the Indians for more centuries to come. We wish her soul rest in peace.

Latest Upcoming February Movies You Should Not Miss Watching

Badhaai Do Movie: Bollywood Is Surely Changing For Better