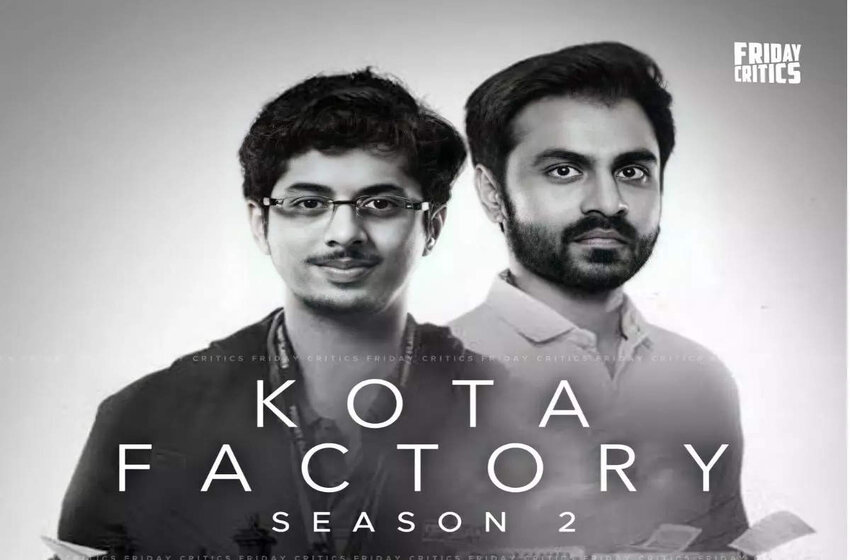 The Season 1 of TVF’s Kota Factory that was released on YouTube in 2019, is all set to release its second season on Netflix. The show has already received great appreciation and love from its previous season, now the audience is looking forward to seeing what Kota Factory Season 2 has to offer. The Kota Factory Season 2 poster launch took place on 30 August 2021.

This year is going to be an amazing year for all OTT lovers as it will bring in the following seasons of many renowned web series. Among them, one is the Kota Factory Season 2 which will be released on Netflix this year. Recently Netflix has released a trailer for the second season.  The Kota Factory Season 2 release date Netflix has been scheduled for 24 September 2021.

Students and coaches all over the world come to Kota to make their dreams of getting into IIT true. And this series is based on that one dream which millions of students dream of, those hard work, sleepless nights, determination, and finally aspiration. This series will show you the reality versus expectation.

The Indian entertainment industry has seen many series and movies that are based on dreams, but those dreams were often fascinating, decorative, and illuminating. But in the case of The Kota Factory, the directors have successfully shown the other dusty, dark side of certain dreams that do not set you free. In fact, it cages your mind within the books, and at the time when you are supposed to enjoy the road to adulthood, you are stuck with one dream despite knowing whether it will come true or not. Kota that is known for the place of great IItcians has now turned into a factory of aspirants and institutions. The institutions there are constantly making profits as the number of students increases every year and the seats at IIT remain the same.

The Kota Factory Season 1, showed the initial phases where the students were still adjusting to the lifestyle, but the second season will show the hard reality, the frustration of the students, and the load of the burden which they realize in the second year of Kota.

It even shows the competition of the institutes and their system of class allocations. There is a prevailing rivalry among Prodigy and Maheswari classes, where Maheswari is thought to be the best in the town. Vaibhav Pandey played by Mayur More struggles a different battle to change his coaching from Prodigy to Maheswari.

There is another scene in season 1 where Viabhav bursts out of frustration on the chemistry subject implying how difficult it is for them to constantly be within books and aim for the most difficult yet prestigious institute in the country.

The second season of this series as mentioned before will deal with the after effects of being in Kota.

The series mainly revolves around a few characters. They are:

The Kota Factory release date 2021, has been scheduled for 24 September 2021. The original show has been outlined by Netflix India. Along with that, Netflix has released all the upcoming shows and movies that will be released on their platform.

To watch the full movie you will require a Netflix subscription that now starts from just Rs 199 per month. Kota Factory Season 2 watch online for free, is not available.

Conclusion: The Motive Of This Series

The makers of this series try to change the way the Indian society still thinks about education and engineering in particular. Apart from the hardships, this series aims to bring forward the thoughts that arise in the minds of the students and also their reactions to it.

This is a must watch series for all as this educates the masses to a great extent. The audience has huge hope from the Kota Factory Season 2.