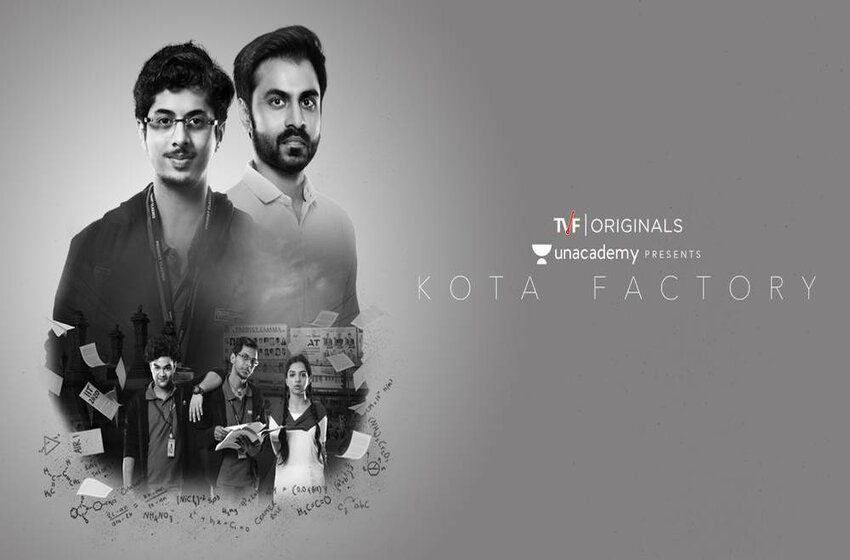 Are you an aspiring IITians? Do you wish to see the real struggle and the competition that comes along in the process of getting a chance at the IIT? Then no web series can be more engaging than TVFs Kota Factory. As you go along reading you will discover the reasons why you should take out time from your busy schedule to watch this series. Here is a Kota Factory review.

A TVF series Kota Factory revolves around the lives of the students at Kota. Kota is known for its educational institutes that provide coaching for all IIT entrances and this series justly portrays that. You will find everything from struggle to romance to even the competitive nature of the students in this one series that consists of five episodes. This Kota Factory review will be segregated into three angles that were quite prominent in the series.

Directed by Raghav Subbu, the series starts with Vaibhav Pandey (Mayur More) getting admitted to one of the reputed coachings in Kota for the preparation of the IIT entrance examination. He is too ambitious about his goals and did not concentrate on the other happenings of life till he found Vartika Ratawal (Revathi Pillai), where another factor gets added to Vaibhav’s life and that is love. This series efficiently portrayed the teenage love that is very prevalent in this generation. This is one angle of the series.

The second angle is Vaibhav’s friends: Balmukund and Uday Gupta played by Ranjan Raj and Alam Khan respectively. These friends change the life of Vaibhav and his experience in Kota tackles a new shape. Despite the pressure and struggle these three friends find their own good time. There is a famous scene from this series where Vaibhav thrushes out his anger and hate towards Chemistry as a subject. The non-stop scene was a great success from this series. Vaibhav and his friends studying in the Prodigy Institute struggle with the course and not with the system. There is a constant aim for Vaibhav to join the best coaching institute in Kota and for that, he keeps on struggling more.

The third and the most important angle of this web series is their teacher Jeetu Bhaiya. Jitendra Kumar is playing the part of Jeetu Bhaiya here and this is must say that he was terrific on his part. He truly portrayed the real student teacher relation that should exist to help students cross any barrier. He scolded them when they needed it and became friends with them when the time was right. Jeetu Bhaiya’s character became a very strong character throughout the Hindi web series platform. There were strong and touching dialogues that got wide acceptance throughout.

This series as a whole dealt with the emotional fluctuations that a student goes through. No character was seen forced for doing what they were doing but was not compelled as the pressure was too high. This is the right depiction of today’s student environment. There is a scene where Vaibhav after long hours of studying comes to his friend Meena’s room, petulant and tired from solving maths problems for long. Meena gives him a book to read. Minutes later when Meena goes to Vaibhav’s room he finds him snoring with the book in his hand. This scene shows the growing irascibility of Vaibhav as tiredness and not unsatisfied.

Kota Factory dealt with different narratives that surround the life of the students at Kota. In this series, the audience gets to experience the Kota ambiance through the eyes of students themselves who are well positioned between over and underachievers. It also shows the city’s ability to codify students and also throw some of them as damaged goods.

Marks and rank are all that matters and between all of these, the three friends find their little world. This series also shows the background gap and the varied range of students coming to Kota. a scene justly shows that when Meena sees a piece of cake in Vaibhav’s hand wishes, him Happy Birthday and then Vaibhav tells him that it is not his birthday. To that Meena replies –

The many reasons for the success of this extensive series include the performances. There wasn’t any bit of a scene that felt irrelevant or jerk to the eye. Every dialogue fitted well with the scenes and the story kept the audience waiting for their second season. If you haven’t watched it yet then this is a must watch.