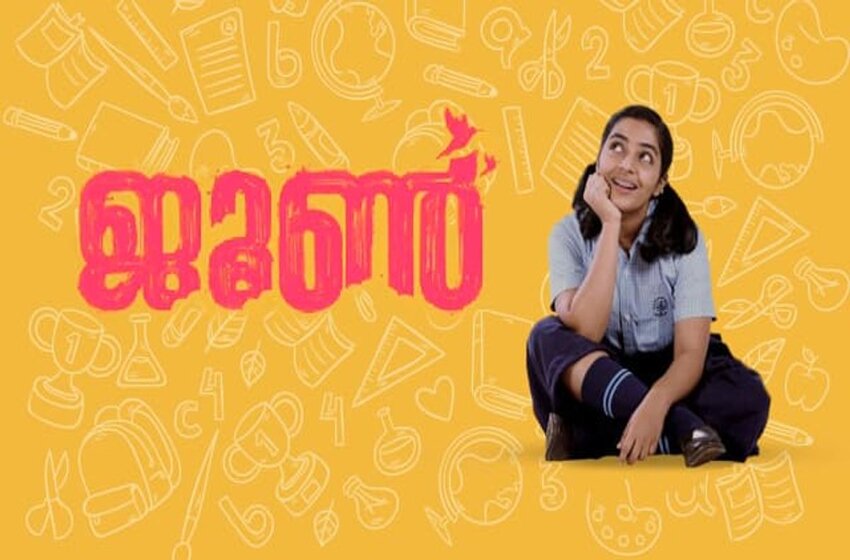 There is no other genre that suits better and is celebrated more widely than the New age slice of life Malayalam cinema. The director and the writer Ahammed Khabeer does justice to a well compatible match among the two in the June movie 2021 which is the story of a Kottayam based young woman called June Sara Joy. Today we will be looking at the June movie review.

This film of Khabeer which he has co-written with Jeevan Baby Mathew and Libin Varghese, travels along with the girl from her teens to her adulthood, from her first days in 11 standards to a decade later, following her through her every phase of life.

June makes for an intriguing type of heroine, as there is nothing different about her or her experiences, so there had to be something with the heroine that would set the film and the character in the limelight. In fact, this is how June introduces herself to her school on Day 1, as someone with no special expertise unlike the rest of them.

In the time the audience spends with her, nothing occurs that would look dramatic to the average observer. There is no tragedy, no great achievement. Yet in her own view, of course, her life is filled with drama as we see her shedding buckets of tears through an important confrontation with her normal-as-hell parents and other scenarios.

This is perhaps the point that the writers tried to prove that what seems apparently a routine to the outer world can be tiring, joyful, stressful, exhilarating, and/or depressing by the person who is going through what we are just looking at. That “ordinary” and “normal” are often a matter of judgment.

Khabeer’s style of telling the story is naturalistic, easygoing, and a good fit in this plot. While June could have been made with a paring down of the songs that is fitted into the June movie story, Lijo Paul’s editing works well here. The audience is occasionally taken back and forth in time through the many phases in the life of the protagonist, with Paul enabling smooth jumps that usually portray how she reached a specific point or how she has altered her way of living.

This film ideally traces the aspiration, love, and friendship; of June’s classmates through various stages. Normalcy has disappeared from films nowadays, so this film was required to portray the normal life of a girl and the fears and joy that life presents her.

The casting of this film is another important thing which is the reason for its popularity. This is a 2019 film but is still on the watchlist of many. The cast of this film include:

June movie film review was a must as this film has many aspects to look forward to. This is a subtle film with no extra melodrama or exaggerated scenes. This film finely portrays the regular life of a girl who turns into a woman and the audience can witness the complete journey. Every aspect has been shown in detail. June movie Tamil dubbed is also available now. So if you have not watched this film yet, make this your midnight plan.

1. What kind of movie is June?

After the June movie review, it can be said that June is a drama film that highlights the “coming of age story” successfully.

2. What is the story of the movie June?

June, who is a teenager, believes that there is nothing special about her. She goes through adolescent crushes, handles heartbreaks, and fights insecurities as she changes into a mature and confident woman.

The June movie was a commercial success and the film also completed 100 days in the theaters successfully.

Vivo Movie Review: Should You Give It A Watch?

Narappa Movie Review: Is It The Best Of Venkatesh Till Now?