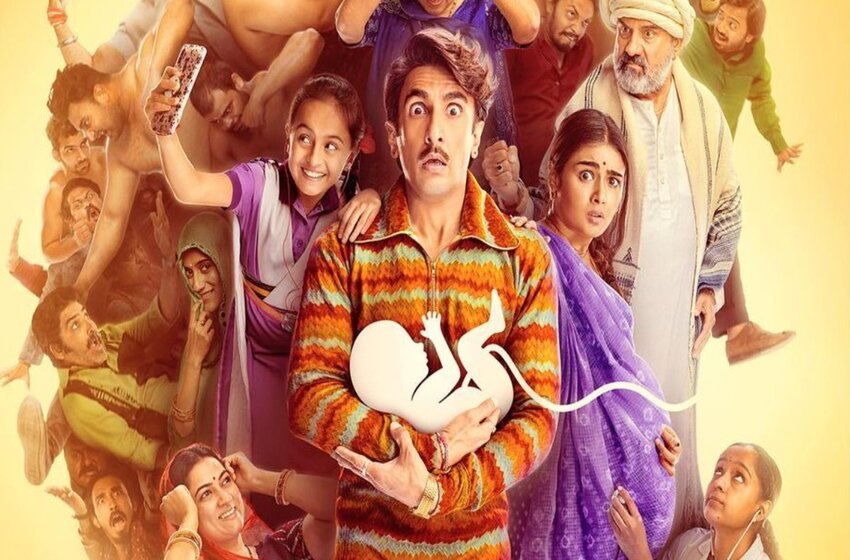 The latest release of Ranveer Singh Jayeshbhai Jordaar talks about the sex determination of children before they are born. Director Divyang Thakkar offers a disclaimer in the very first scene itself that ‘pre-natal sex determination test is a punishable offense’. How far has the film accomplished in filming its views? Let us find that out through this Jayeshbhai Jordaar movie review.

In the titular role, Ranveer Singh has a lot to offer to their audience: end patriarchy, abolish female foeticide, save the life of his unborn daughter, empower women, and go to any extent against his family to do so. But one thing that is unclear is why the movie is set in Gujarat? Why not in towns like UP or Rajasthan where this practice is still very prevalent? The Jayeshbhai Jordaar release date was scheduled for 13 May 2022. Let us start with the Jayeshbhai Jordaar movie review.

In a regressive, fictitious hamlet of Gujarat, a helpless and meek husband played by Ranveer Singh must resort to insurgent warfare to protect his wife Mudra and his unborn daughter along with her 9 year old daughter from the destruction of his patriarchal parents. The film tries to find out if he can manage to get the power and change the society he is living in?

Jayeshbhai cannot kill a fly to save his life but has a heart that wishes to do better and be better in comparison to the chauvinistic and misogynist environment that he was brought up in. He is shocked when his father, who is apparently the village sarpanch blames the girls of the village and their scented soaps for attractive men into eve-teasing. Despite seeing the blatant injustice, he selects to be a bystander even as his dictatorial parents travel around cursing their ghunghat-clad bahu for not being able to give them a waaris (heir). They even persuade her into going through the sex determination test of her unborn child.

Self-styled custodians of culture simple to them, the men of the village think it is their occupation to police the women (ghagra paltan) of the village and assure them that they have no voice.

“Girls won’t get husbands if they learn to speak English”,

warn the elderly of the village. Is Jayeshbhai man sufficient to overthrow these age-old diktats and superstitions?

Debutant writer-director Divyang Thakkar tries to use satire and humor to question social narratives such as gender stereotypes, female foeticide, and disparity. The intention is noble but childish implementation and insipid writing make it highly difficult even for someone like Ranveer Singh to salvage the script. There have been similar films like this, like Sharmaji Namkeen. But it has not trivialized trauma. While trying to be humorous all the time, the film misses addressing the depth of this issue. However, for a better implementation, the writing needed to be clever which is not in this case. Be it victim shaming, domestic violence, or girl child empowerment, nothing creates an impact, and the comic punches in the movie rarely land.

Talking about the actors, he is a banger when it is about performance and screen presence, but to some extent, the script diminishes his flame. He attempts hard and despite the creative loopholes, the energy and relentless effort of Ranveer to entertain keep you stuck to your seat hopeful till the end. The original Preeti from the movie Arjun Reddy (Shalini Pandey) carries her submissive act forward here also. With this Jayeshbhai Jordaar movie review, have a look at the Jayeshbhai Jordaar trailer.

After this Jayeshbhai Jordaar movie review it can be concluded that for the longest time, Hindi movies have worshiped alpha males. Divyang hopes to shift that template to the opposite side and question false bravado via his timid but at the same time determined hero. He also tries to take a light look at grim problems, but uninspiring writing allows this social comedy to go down by a mile. Talking about the Jayeshbhai Jordaar rating, it has received an average of 2.5 rating out of 5. As of now, there is no intimation of Jayeshbhai Jordaar watch online, you can watch the movie at your nearby theaters.

Best Movies On Islam You Should watch This Ramadan