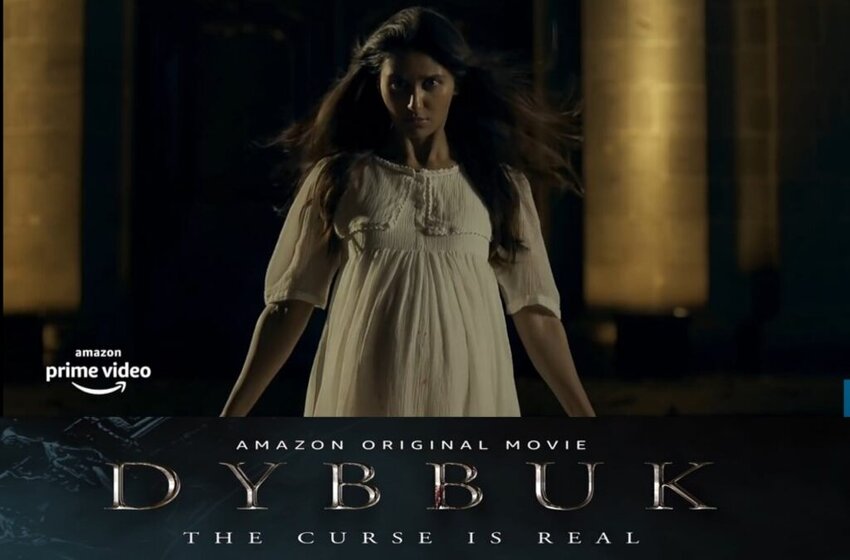 Dybbuk brings in an urban horror thriller based on Jewish folklore as the main theme. Now, this is something new in Bollywood. Even though filmmakers like Ram Gopal Verma, Vikram Bhatt have tried their hands on horror thriller movies, this theme is indeed new. No matter how the film went, this attempt deserved a round of applause. With that let us have a look at the Dybbuk review. Watch the Dybbuk trailer now.

Dybbuk Review: How It All Went?

A new job opportunity forces Sam to change his city with his wife and shift to Mauritius. In the initial scenes, Mahi played by Nikita Dutta seemed quite depressed as she was dealing badly with her miscarriage. For her, Sam, played by Emraan Hashmi, arranges a colonial house where she can do her interior designing and keep her mind diverted.

Keen to decorate her new home, Mahi goes to an antique store and what catches her eye immediately is a wooden box that had many things engraved on it. The box was dated from the 16th century. Once she brings that home she gets intrigued by the mystery of the box and is unleashed by the malicious spirit. This film is based on the Jewish folklore. In Jewish, Dybbuk is an unbodied human spirit that roams until it finds a host. You may wonder how to pronounce Dybbuk. It is pronounced as Dibbuk. As soon as the incident happens, the house starts to face unrealistic occurrences and the only way to get out of this is exorcism. Will the couple be successful in sailing through? Let us find that out with this Dybbuk 2021 review.

Most of us like ancient ruins, homes that have been abandoned, and discovering personal belongings that hold a story in the past. In gist, we all love to delve into other’s personal past as it gives us a smell of history. The act of people opening ancient mysterious boxes thus feel lucrative. Now add a Jewish Folklore to it? Does it make the whole instance more thrilling? Well that’s what the Dybbuk movie tried to offer us. But how far was that successful?

You may wonder, Dybbuk remake of which movie? Director Jay K has remade this from a Malayalam movie that was named Ezra. Thankfully, women here aren’t objectified. There is no roaming around in thin lingerie or any translucent shower scene. The story moves quite fast and smoothly. Nikita Dutta, Emraan Hashmi, Manav Kaul and all their co-stars are good actors and they have given their best. Nothing is superficial. You can watch the Dybbuk original movie on Amazon Prime Video.

What is not right in this film is the boring energy and the failed attempts to evoke mystery at every scene. The over-simplistic style of narration controls your drive to discover. The scary effect is very minimal and the last break of the ice seemed quite basic. But the special effects that were used are decent. The only thing that was required was some element of surprise for the viewer. So in this Dybbuk review, it can be concluded that the attempt was good as the backdrop used here was very powerful, but the implications still had room for improvement. The Dybbuk review IMDb is 5.4/10.

Sanak Movie Review: Not A Must Watch But May Watch