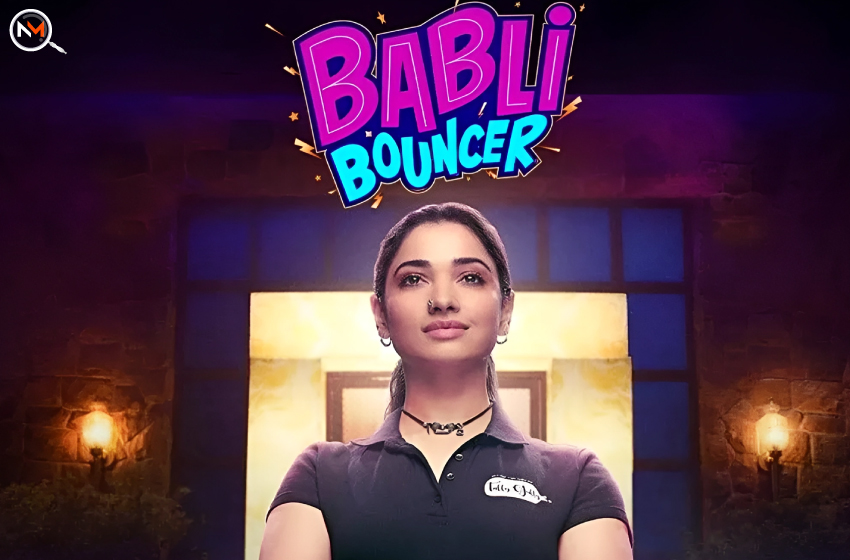 Babli Bouncer is an upcoming Bollywood movie that has been gaining attention recently because of its unique approach to females in society. It is set to release on National Cinema Day, that is, September 23, 2022. The story focuses on a female ‘pehelwaan’ and her journey to becoming a bouncer. The movie stars Tamanna Bhatia in the lead role and people have been appreciating her efforts lately. Moreover, the movie has also not faced the wrath of the #BoycottBollywood trend, which is notable as well. However, if you are still ignorant about some of the updates regarding its release then keep reading.

The director of this movie, Madhur Bhandarkar, noted that the script of this upcoming Bollywood movie was handed to him about three years ago. Thereafter, he started working on it as he thought there was something new to explore. He stated that the movie focused on a bouncer and that too a female bouncer, which was a theme or concept people would like due to its eccentric persona.

However, his efforts came to a standstill after the Covid-19 pandemic struck us and he stopped working on Babli Bouncer. At that time Madhur Bhandarkar started working on his other film that was based on the pandemic situation and was titled ‘India Lockdown’. The movie was filmed in time and was released much earlier than his older project concerning a female bouncer.

But nevertheless, this film is going to be out in just two days from now. Though we mentioned National Cinema Day from the beginning, we would like to inform you that you would not have to visit the theatres for this release as it is going to be released on Disney+ Hotstar. So, you can watch it at any time you want to even from the comfort of your house as well.

If you haven’t had a look at the Babli Bouncer Trailer then have a glance at it first before moving ahead.

Well, we know that playing a female bouncer who lives in a village that houses several male competitors is not easy. But Tamanna Bhatia surely pulled it off efficiently and is obviously the highlight of the Babli Bouncer cast. Her character Babli races through every obstacle placed in front of her and the way she carries it is exemplary as well. Moreover, the movie has a comic approach to it even though such a serious topic about females has been highlighted. The trailer rightly shows how well she pulled off her character.

She had earlier portrayed roles that were subtle and had a romantic angle to them. But this time it was completely distinct. Tamanna Bhatia’s character here is shown to defy the gender norms that have been prevailing in society for a long time. She can’t make the perfect round chapatis but can lift some heavy weights at the gym without having trouble. In addition, viewers will get to see how her life takes a turn when she is appointed as a bouncer in a club, which people think is a manly job. 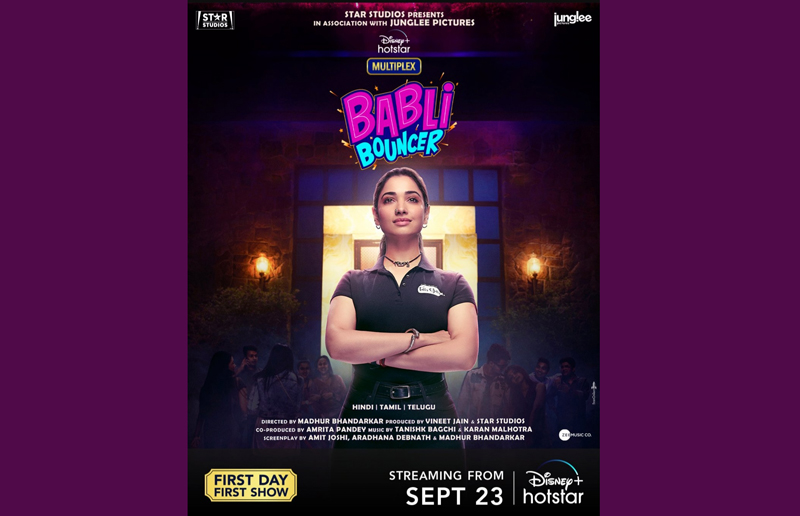 Tamannah’s efforts really shined on the trailer and are expected to stun people on its release as well. Through her character, she literally entered the ‘Man’s World’ with such ease and that is commendable enough. This different take on a female’s life is worth watching. Therefore, one should give this movie a try on its OTT release this Friday. Moreover, the entire Babli Bouncer cast did a good job.