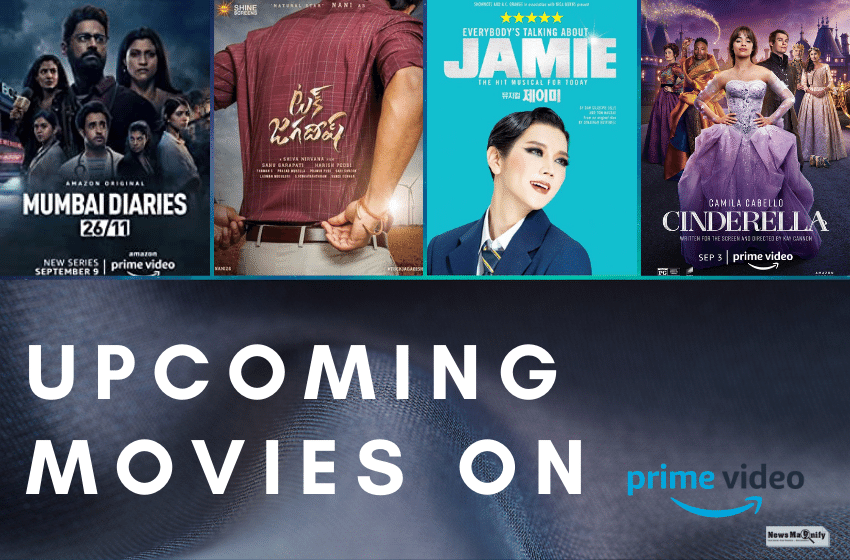 Amazon Prime, one of the leading OTT platforms, is set to release its original new movies and shows in September 2021. The streaming selection of the platform is heating up with the best titles that are hitting prime. Here we will see all the Amazon Prime upcoming movies 2021 and web series for this month.

Want to know the best Amazon Prime movies 2021 that are coming soon? If you wish to watch a new series or films this month, then you are at the right place. This month Amazon Prime videos will be unveiling a range of new web series and movies for its subscribers. Our list of upcoming movies on Amazon Prime India 2021 will include all genres from thriller to horror to comedy. Get ready with the Amazon Prime new movies and shows for this month.

This is an Amazon Prime upcoming series. The Mumbai Diaries 26/11 will premiere on September 9 at Amazon Prime videos. This is a medical drama that will rotate around the frontline worker’s lives during the terrorist attack in Mumbai that took place in 2008. The director of this show is Nikhil Gonsalves and Nikhil Advani.

This series stars famous actors Konkona Sen Sharma and Mohit Raina as leads. The other members of the cast include Tina Desai, Shreya Dhanwanthary, Mrunmayee Deshpande, Natasha Bharadwaj, Satyajeet Dubey, and Prakash Belawadi. This show is made to pay tribute to the doctors, nurses, staff of the hospital and other medical professionals, and also other workers who were in the frontline responsible for providing aid to the injured when the attack took place on 26 November 2008.

Among the Amazon prime upcoming Telugu movies, Tuck Jagadish is set to release on September 10 on Amazon Prime Video, on the Ganesh Chaturthi occasion. Tuck Jagadish is a commercial film that is directed by Shiva Nirvana and features Ritu Varma and Aishwarya Rajesh as leads.

This movie is produced by Harish Peddi and Sahu Garapati under the banner of “Shine Screens.” The film also casts Thiruveer, Aishwarya Rajesh, Devadarshini, Vaishnavi Chaitanya, and Daniel Balaji in crucial roles.

This is a biographical musical drama that will make its debut on September 17 on the same platform mentioned. This story is based on the stage musical of the same name. The movie is inspired by actual incidents that revolve around Jamie (Max Harwood) in the minor role as a sixteen-year-old teenager whose dream is to become a sensational drag queen. It is based on a play – Everybody’s Talking About Jamie by Tom MacRaeplay and Dan Gillespie.

This is a musical film based on the classic fairytale – Cinderella. This film is scheduled to release on September 3 on the same platform. It has been written and directed by the screenwriter of Pitch Perfect, Kay Cannon. This film is produced by Pearlman and Corden’s Fulwell 73 and Columbia Pictures.

The movie casts Camila Cabello as Cinderella while Billy Porter plays the “Fab G,” a.k.a. the fairy godmother of the heroine. Idina Menzel plays the role of Ella’s stepmother.

Other than the Amazon Prime upcoming movies and series that we have mentioned above, the previous months have also witnessed great releases like Shershaah, the Hostel Daze Season 2, and many more. This platform has continued to provide us with great entertaining and learning content and will continue to do so. Enjoy your September by binge watching these Amazon Prime movies lists.

1. What are the upcoming movies on Amazon Prime India?

The Amazon Prime upcoming movies India and around the globe for the month of September include Mumbai Attack 26/11, Cinderella, Tuck Jagdish, and Everybody’s Talking About Jamie.

2. What are the upcoming Telugu movies on Amazon Prime?

Amazon Prime upcoming movies Telugu include Tuck Jagdish that will be streamed from September 10, 2021, on this platform.

Reminiscence Movie: What Hugh Jackman Now Has For The Audience?

Nope Movie Poster Released: What Is Peele’s New Movie About?