Impact Of Music: Surprising Benefits Many Of Us Don’t Know 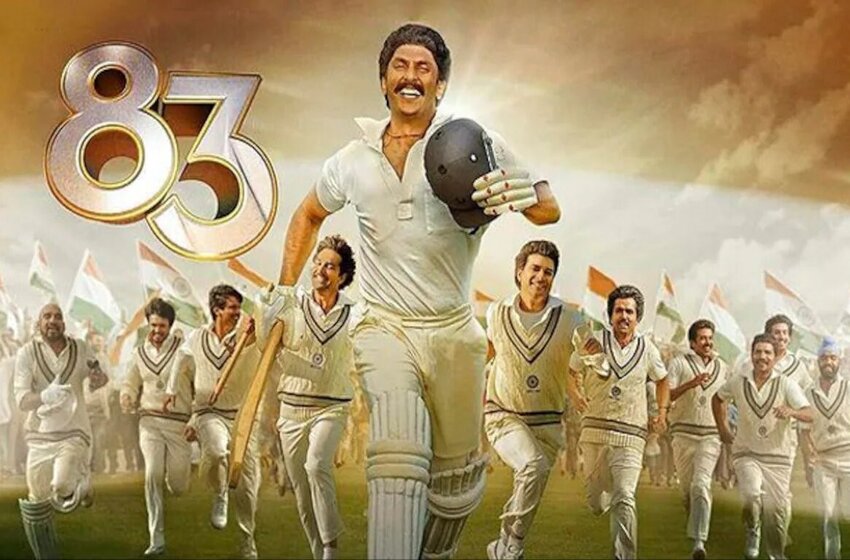 The 83 movie is going to be the second sports drama, and that too about cricket to release in the month of December. The other on the list is Jersey by Shahid Kapoor. While one is a fictional portrayal of a real event, the other is the remake of a famous Telugu movie sharing the same name.

The movie 83 features Ranveer Singh along with other actors that include Pankaj Tripathi, Tahir Raj Bhasin, Jiiva, Harrdy Sandhu and Saqib Salim, Ammy Virk, along with Boman Irani and Neena Gupta. The music has been composed by Pritam while the credit for the lyrics goes to Kausar Munir, Prashant Ingole, and Jaideep Saini. This film has also been co-produced by Deepika Padukon and the 83 movie release date in India has been scheduled for 24 December 2021. Once the movie releases you will get to know the 83 movie reviews.

With its powerful lead couple that has given a good amount of footage, one has to constantly remind themself that the 83 movie is not a biopic of Kapil Dev, rather it is the story of India lifting their first World Cup trophy. Other team members in the film felt like minor characters roped in for comical relief. It is Ranveer played as Dev who does the most talking. Watch the trailer now.

83 looks like your run-of-the-mill sports drama which provides a mix of craziness for sports, patriotism, and a narration about a bunch of nobodies formulating history. Even though we are not complaining, our hearts and brains could use a fast-paced, smart sports movie that is customized for the masses.

However, the trailer of the film also makes one retrospect at the cricket fan base in India. In one scene the team is criticized by a fan who wishes them to win at least one match, while the next portrayal is that of a tussle breaking out among viewers at a stadium. The hostility among fans for cricket looks to have turned only worse, as seen in present times. One bad match, one high profile loss, and all hell break loose. Here is the official storyline of the 83 full movie.

“On 25th of June 1983, the Lord’s Cricket Ground witnessed one of the biggest underdog stories in the history of sports. Fourteen inspired men fought against all odds and orchestrated India’s greatest sporting triumph by beating the twice-over World Champions West Indies! This victory put India on the map again and provided the platform to make India the greatest cricketing nation in the world today. Armed with self-belief and conviction, one man guided the team to a historic victory.”

After the trailer release of 83 on December 1, the film has received an immense amount of love and appreciation from the audience and also the film fraternity. Ranveer Singh who plays the role of Kapil dev who was the captain of the Indian Cricket Team in 1983 has got a great appreciation for carving his part. Thanking his audience and fans for the support and love that he got, he took to social media and wrote,

“Thank you to movie fans all over the country and beyond, our film fraternity, the press… people from all walks of life, and generations have appreciated the movie’s trailer, and we are filled with gratitude and gladness. This is not just a movie – it’s a glorious tribute to that moment in Indian history that changed it all! It’s about the great achievement of the Indian Cricket Team of 1983 – ‘Kapil’s Devils’! These men are legends, and it’s an honor to be a part of the cinematic telling of their iconic story on the big screen!”

“Once again, thank you from the bottom of my heart for your generous and loving messages! Kaptaan Kabir Khan, it’s everything you dreamed of! Take a bow!”

A good array of actors are a part of this film. Here is the list of 83 casts.

One thinks if the 1983 World Cup triumph was the fuel for it all? Have we gotten so used to a high playing team that we are not ready to cut them any slack? Here’s wishing that 83 movie helps us relive the early days of glory of Indian cricket, but also teaches its fans to support their team irrespective of their performance. It is important to mention that the trailer of Jersey has also received quite an appreciation from the fans. If you are wondering 83 movie where to watch, it is getting a theatrical release on 24 December 2021.